It may have arrived last Friday, but man has ICEY ($1.99) been the game that’s continually been blowing my mind these past few days even in light of some very good newer releases. ICEY originally released on Steam nearly a year ago, and has garnered some incredibly positive reviews. Of course, being that I don’t follow the PC scene too closely (I have enough on my plate keeping up with mobile, you know?) I had never heard of the game before its surprise release on iOS. But wow, I can see why ICEY has been so critically acclaimed, as it’s unlike just about anything else out there on the App Store. 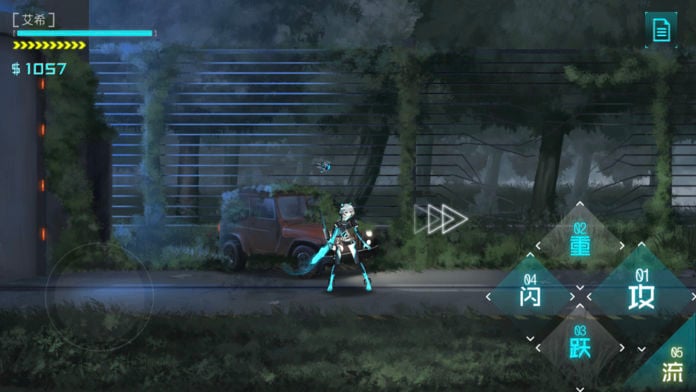 ICEY is a side-scrolling character action game, very similar to another beloved indie hit Dust: An Elysian Tail ($5.99), which also translated quite well to mobile. Basically you run left and right through a variety of environments, engaging in spectacular combo-laden combat with a ton of cool enemies along the way. In fact, the combat in ICEY is some of the best I’ve seen in any game ever, and it’s both fast-paced and incredibly satisfying once you’ve learned the ropes and unlocked and upgraded your plethora of cool moves.

That alone would be enough to give ICEY a strong recommendation for action game fans, but there’s something else going on here too, and it’s the reason my mind has continually been blown by this game. You see, the game starts out normal enough, as you work your way through a fairly brief tutorial-style level and learn how to control your character. You fight a boss and then suddenly, well, let’s just say the fourth wall gets shattered into pieces. After the game “reboots" you’ll play through that same level again, only this time there’s a narrator describing everything you’re doing and pointing you where you should be going. 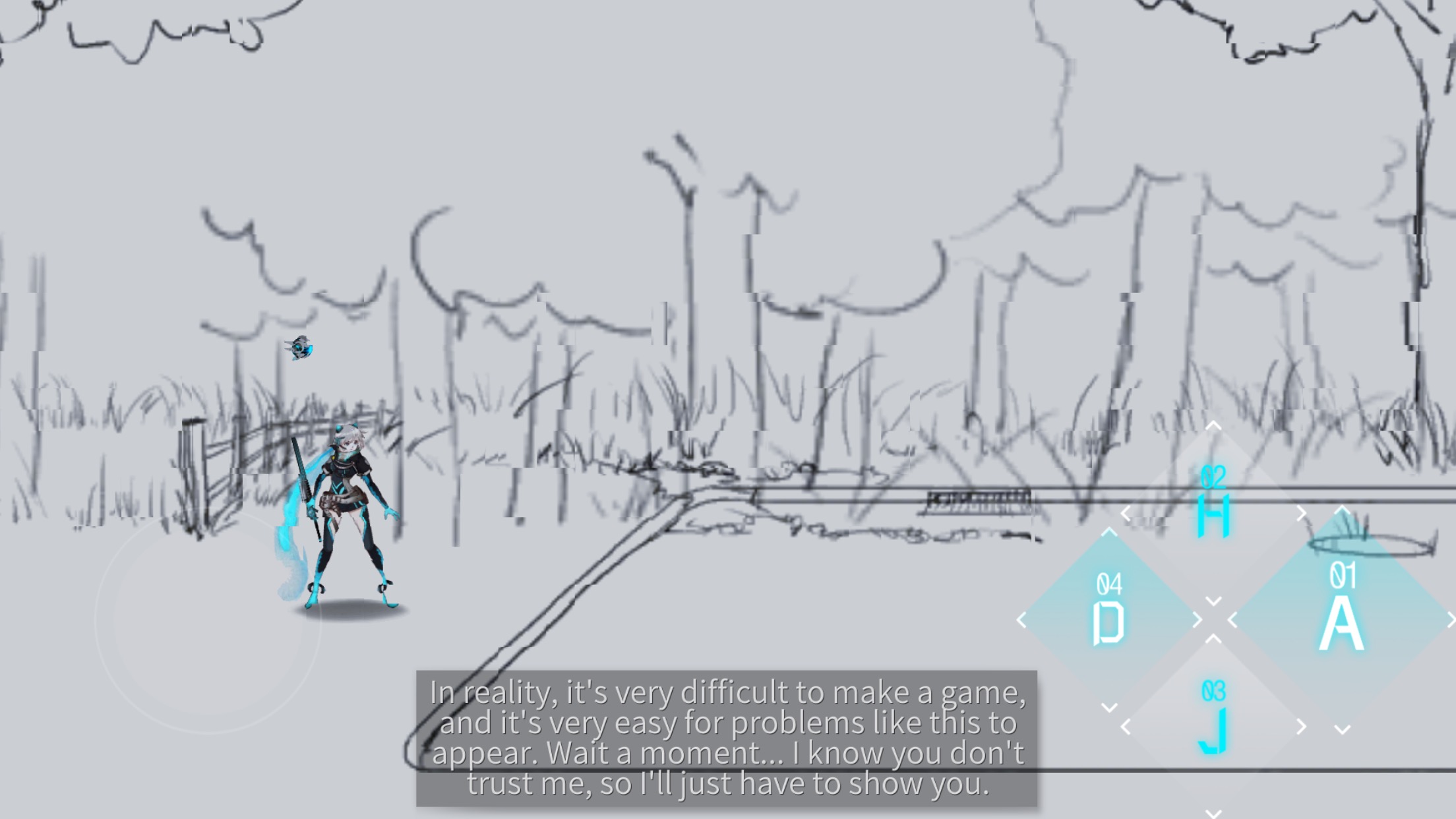 This is where the real fun starts, as there are multiple pathways in the levels in ICEY, and if you choose to you can ignore the narrator’s directions and go exploring on your own, much to his dismay. In fact, the narrator’s snarky responses when you don’t do what he asks are almost reason enough to defy him just to see how far you can push the envelope. Being a pest isn’t the only reward for blazing your own trail though, as there are some very surprising areas to discover in ICEY and it starts to blur the lines between the game world and the real world in really clever ways. Not since Psycho Mantis read my memory card in Metal Gear Solid have I squeed so hard over a game breaking the fourth wall like this.

That’s probably about as much as I can say about all that without completely spoiling some of the fun, but rest assured that ICEY stands tall as a fantastic action game as well. As I’ve mentioned combat is incredibly satisfying and there’s a neat skill tree system that sees you learning all sorts of cool moves. The only negatives I can think of are that the voice acting of the narrator isn’t great, which is perhaps on purpose as it sort of fits within the story. Also I wish your character would stay focused on the center of the screen better when moving, as sometimes I feel the virtual buttons can get in the way, though it’s slight. Finally, ICEY isn’t an incredibly long game but there’s ample reason to come back and play through it multiple times, so it’s not too big a deal.

In fact none of those things are deal breakers in light of how enjoyable an experience ICEY has been, and this clocks in at the tiny price of just three dollars with no IAP. If you enjoyed Dust previously or games like Devil May Cry on other platforms, I think you’ll fall in love with ICEY just based on its mechanics alone, and then its clever storytelling will surely leave a lasting impression on you even long after the game is finished.