The Syrian refugee crisis might not be dominating our TVs like it did a few months back, especially in Europe, but it’s still ongoing and still tragic. Bury me, my Love, an award-winning game that uses the trope of instant messaging to tell the story of a Syrian refugee, hopes to remind people of the ongoing plight of millions of Syrians when it launches for iOS and Android on October 26th. Bury me, my Love tells the story of Nour and her husband Majd. Nour sets on the perilous journey to Europe and safety, following in the footsteps of millions, but Majd stays back in Syria, and the only way he can help his wife is through an instant-messaging app. 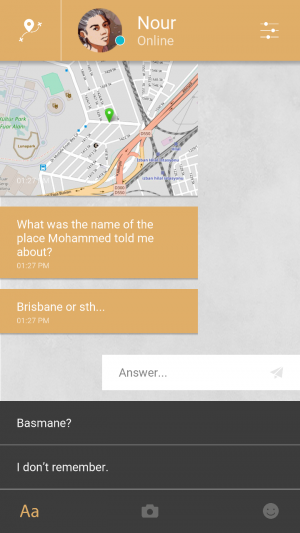 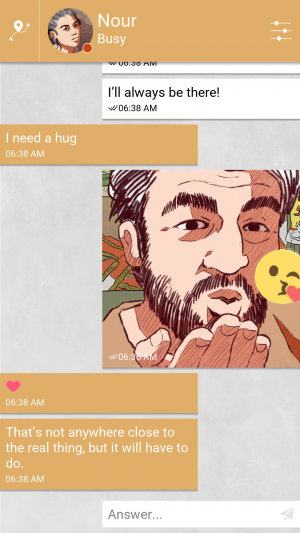 As you can imagine, you get to help Nour make critical decisions as she travels towards what she hopes is safety, and, as in games like Lifeline, the communication happens in “real time," so you’ll have to often wait to hear from Nour, hoping you helped her make the right choices. The game also offers a fast-track option so you can experience it without having to wait between responses, although I think that option takes away some of the game’s impact. Bury me, my Love was inspired by the story of Dana S., a young Syrian woman who fled the country and now resides in Germany, and by the stories of all the others who’ve been risking their lives. Unfortunately, the developers have plenty of material to work with given the millions making this trek. The game will be out October 26th on both iOS and Android.