For my money, there’s nothing more exciting than when a game releases on the App Store out of nowhere. And what’s even better? When that surprise release is Kick Ass Commandos ($2.99), a madcap dual-stick shooter that originally launched on Steam back in November of last year but now has arrived on mobile and fits all of its over the top mayhem snugly in your pocket. Best of all is that Kick Ass Commandos is fully paid with no IAP shenanigans, and is currently 50% off of its normal launch price to celebrate its release. 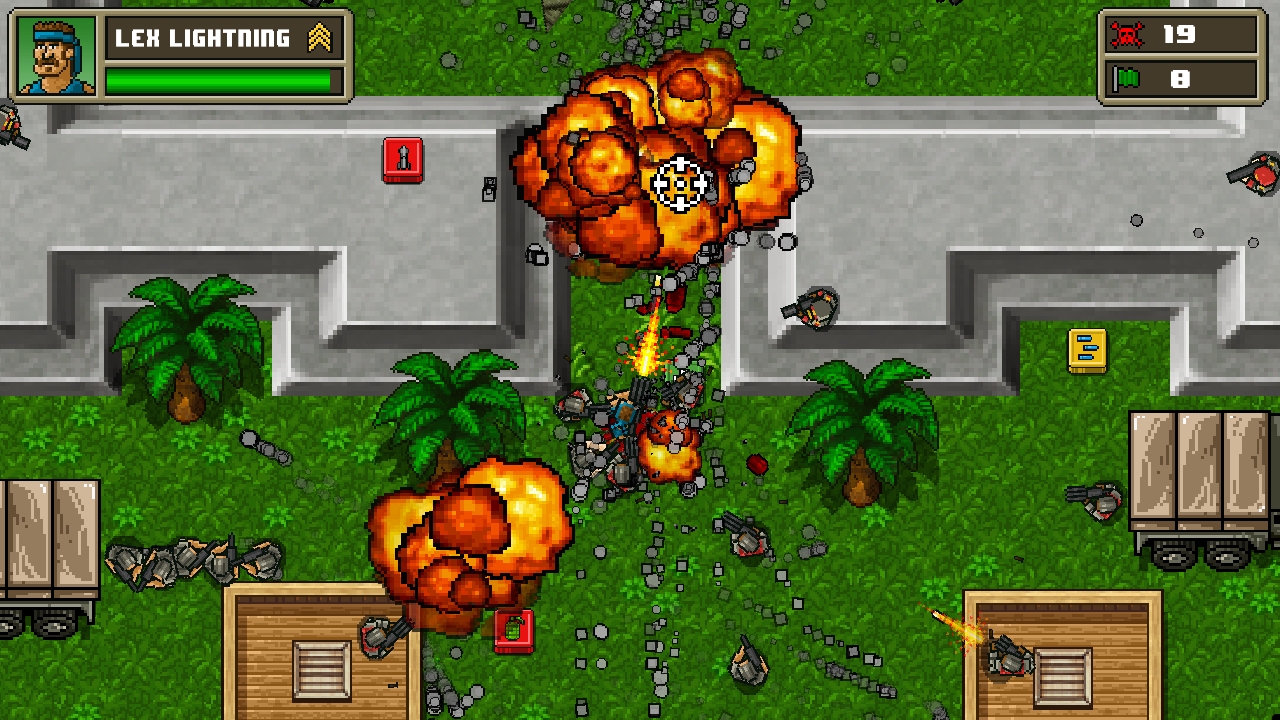 As mentioned, Kick Ass Commandos is a top-down dual-stick shooter. Left stick moves you, right stick aims and automatically shoots. Pretty standard stuff. What’s really fun is that as you’re working your way through the game’s levels, you’ll come across some of your captured commando teammates, which you can free which causes them to join your party. By the time you get towards the end of a level it’s not uncommon to have a dozen commandos in tow, creating a giant mob of death and destruction.

It’s not just a mindless blast-a-thon though, as there’s some strategy involved in Kick Ass Commandos. The level goals can vary, from rescuing a specific person to killing every enemy to simply making it to a specific location. If you just mash forward guns blazing, you’re gonna have a bad time. Well, you might have a GOOD time, but you’ll most likely die and fail your mission. Typically playing through a level once gives you a chance to assess the situation and where enemies are stationed, which helps for planning future playthroughs should you fail that first time.

There’s also multiple playable characters to unlock, a total of ten, and each one plays a bit differently from each other. You’ll earn XP for the ones you play with which go towards upgrading their abilities, which is a really nice carrot on a stick and a good reason to mix up which characters you use. Also, while the commandos who join your group during play are entirely expendable, if your main hero dies you’ll fail the level, which adds some strategy and challenge to the game. Speaking of challenge, there’s also four different difficulty levels to choose from, and the default “Easy" is quite hard as is. Good luck taking on the “Fubar" difficulty level.

It’s all good though, as the levels are all pretty bite-sized and it’s easy enough to hop right back into the thick of things should everything go south. Kick Ass Commandos definitely has that “just one more go" special sauce, and with its near constant action, explosions, and gore it’s a wild ride that’s definitely worth taking.