Gameloft has been known for their attempts to bring popular “console-quality" games to the App Store, such as their personal iterations of the Grand Theft Auto series or the Call of Duty series. Gameloft’s Modern Combat series has emulated the Call of Duty series throughout all 5 of its past installments and it has steadily gained traction/popularity on the App Store. It appears that the series will continue to thrive with the recent release of Modern Combat Versus (Free) (MCVS). MCVS is Gameloft’s first foray into the “hero shooter" genre. However, there are many free-to-play gimmicks/shenanigans within Modern Combat Versus that can make things a bit difficult for the uninformed and casual F2P player. This guide will help you progress in MCVS as smoothly as possible (without spending a penny) by providing information about currency management, team composition, Agent suggestions, and various gameplay tips. 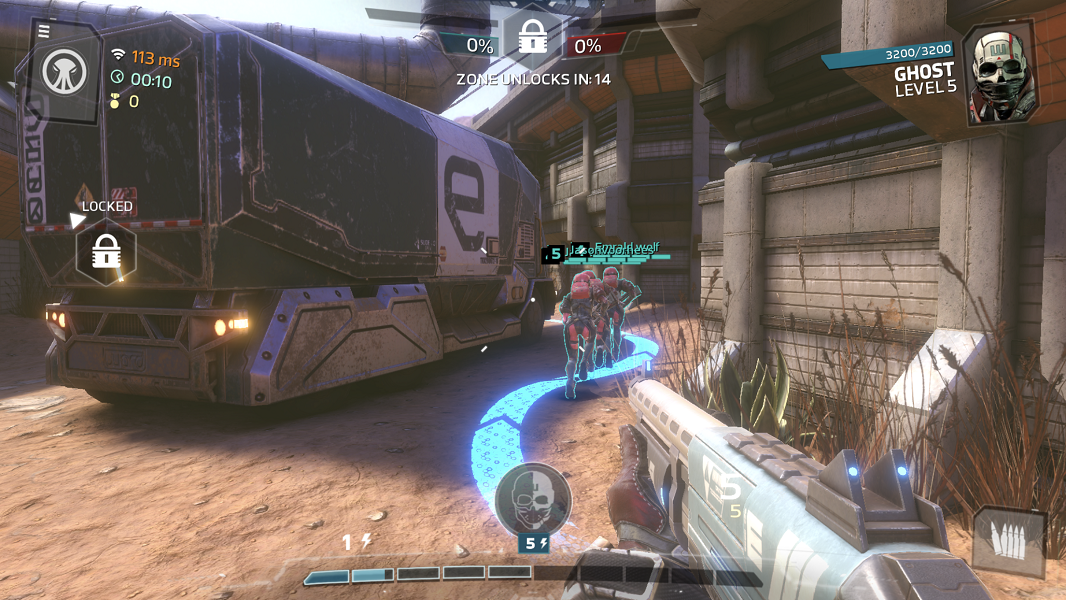 There are 3 types of currency within MCVS:

1.  Korpens: This currency is obtained through playing matches (50 Korpens per win, 25 Korpens per loss), completing achievements, buying crates in the shop, and opening daily crates. Korpens are used to unlock various agents in the shop. The cool thing about Modern Combat Versus is that you can take Agents on a test run before you buy them. Make sure you do this before spending your hard-earned Korpens on an Agent. It’s important to note that you will only receive experience from crates for Agents that you currently own. If you want to have a better chance at receiving experience for specific Agents, consider only unlocking a certain number of Agents to begin with.

2. Versus Coins: These coins are acquired from crates, achievements, and through IAP’s in the shop. They are used to upgrade your agents. You will have enough Versus Coins to dependably upgrade your agents at the beginning of the game but upgrading your agents will become increasingly expensive as they grow to higher levels. Only upgrading your favorite agents (preferably one Agent of each role) is integral in progressing at a decent pace to higher ranks without spending money on the game. This can be likened to Clash Royale’s (Free) card system where you should only upgrade the cards that you need, instead of putting your resources into every card in your collection. Don’t forget that the Black Market offers experience for 2 specific agents at a time. Don’t buy experience in bulk from the Black Market. It can become staggeringly expensive but it’s okay to buy a few experience points each time one of your favorite Agents appears.

3. Diamonds: Diamonds are attained from crates, daily crates, achievements, or IAP’s in the shop. NEVER spend your diamonds on unlocking your crates early. It’s important to remember that patience is key. If you absolutely desire to open your crates faster, feel free to watch a couple advertisements to knock off some waiting time. Also, DO NOT spend your diamonds on crates in the shop as a beginner in MCVS. The amount of rewards available in crates increases the further you climb through each league. If you want more bang for your diamonds when buying crates, save them up until you are in the top leagues of MCVS. However, I would highly suggest that you spend your precious diamonds on Versus Coins or unlocking new Agents. 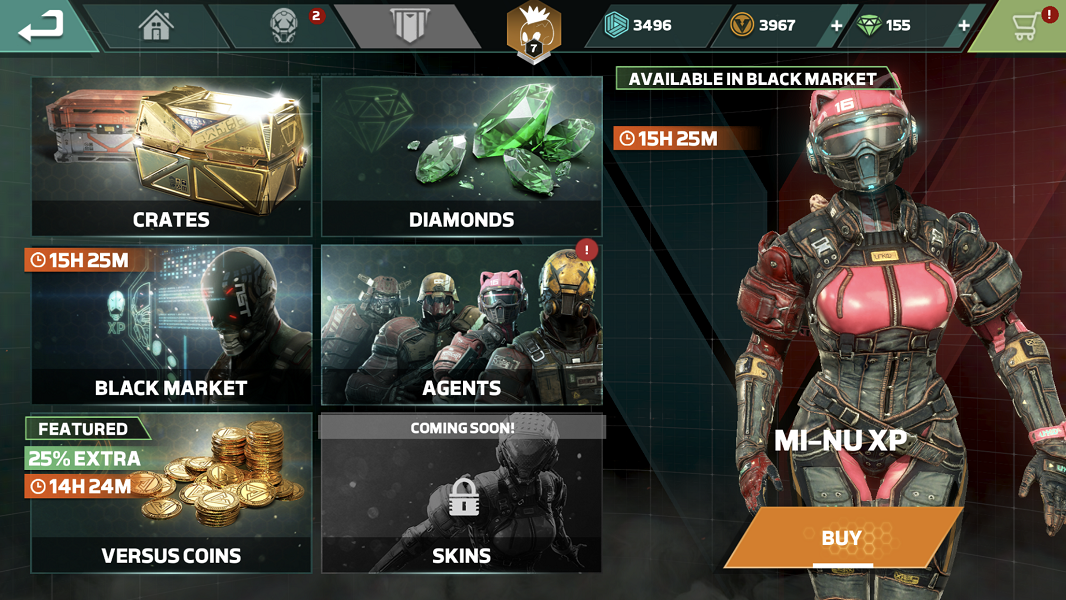 In a nutshell, everything in MCVS requires time and patience. It all depends on what your personal priorities are. If you want to climb leagues quickly without spending money, you need to spend your Korpens on a small pool of Agents and upgrade them exclusively by spending your diamonds on crates in the shop once you get to higher leagues or by spending them directly on Versus coins to ensure the ability to upgrade your Agents.

If you don’t care about getting into the top leagues of MCVS quickly and you just want to experience everything the game offers, you should spend your diamonds on unlocking additional Agents, instead of spending them on crates or Versus Coins from the shop. If you aren’t sure what path you want to take as a F2P player, then you should continue to play the game and save up your currencies until you can make up your mind. You can’t have the best of both worlds unless you open your wallet or spend ludicrous amounts of time playing the game and watching advertisements. Everything available in the game can eventually be earned by a player without ever spending a cent. Unfortunately, it will take a very long time to do so. It’s important to come to peace with this fact.

Team Composition and Knowing Your Role

MCVS is, first and foremost, a team-based game. Using certain combinations of Agents can be incredibly effective and can be one the greatest factors in determining the outcome of a match. There are currently 4 roles within MCVS:

1. Assassin: Assassins have lower health compared to other roles. However, they make up for this shortcoming by dishing out heavy damage to singular targets, as well as being a bit lighter on their feet. The sneakier you are with your flanks, the better. Don’t get caught out in the open and avoid taking on more than one target at a time.

2. Attacker: Attackers excel at dishing out consistent damage to single/multiple targets. Feel free to think of them as a mixture between Assassins and Defenders. This is a great role for new players to try out when first starting the game. Attackers are especially deadly when paired with a Defender. Seek them out when possible.

3. Defender: Defenders have quite a bit of health to complement their shielding/protecting abilities. They can cause adequate damage to enemies and they are essential at holding down areas for long periods of time. Always try to pair up with another Agent and protect them to increase your lethality. Defenders are not very dangerous when they are by themselves.

4. Specialist: Kult is currently the only specialist Agent in MCVS. His kit is designed around doing AOE damage and slowing enemies over time. These abilities are useful for crowd control. However, it’s hard to tell how new specialists will contribute to team synergies in the future. 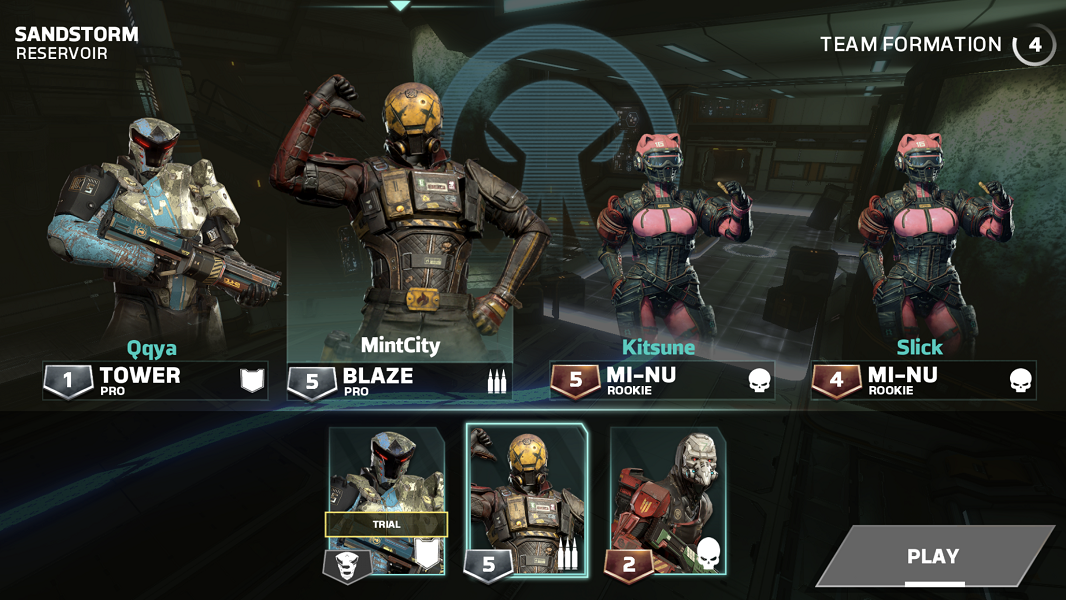 You should try out all the aforementioned roles as a beginner. It might surprise you with which role you end up enjoying the most! Just keep in mind that it’s good to have an assortment of roles on your team. Always try to pick the role that your team needs the most. If you do this, you will increase your skills as a diversified player while also increasing your team’s likelihood of winning a match.

These suggestions are subjective due to the different possible playstyles of each individual person. Don’t take these suggestions as law. You might discover new strategies to utilize other Agents in effective ways. It all comes down to which Agent you have the most fun playing as and who you can personally do the best with. However, these are my opinions on which Agents (of each role) are the best of the best. 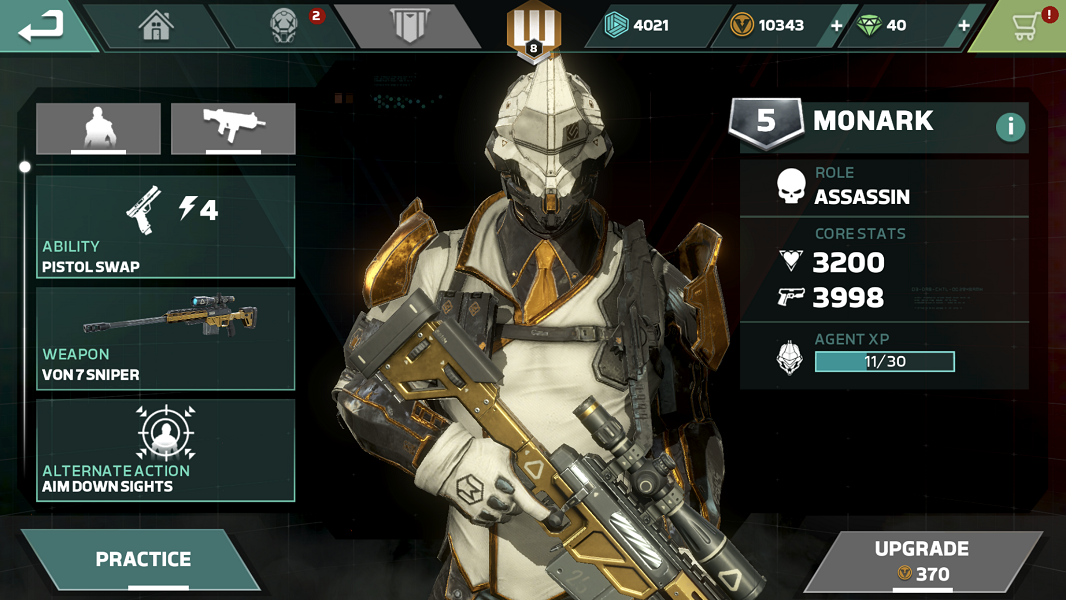 1. Don’t follow the blue pathway to the objective every time unless you need to reach the objective as quickly as possible. Make sure that you take different routes to the objective and always look for ways to flank the enemy. Due to the relatively slow movement speeds of MCVS, other players usually won’t be able to escape a successful flank. This tip is especially important if you are playing an Assassin Agent.

2. Don’t avoid being on the objective. The only way for your team to win is by holding the objective. Sometimes, certain situations call for everyone to pile onto the objective to contest the point at the end of a match. Don’t hesitate. No one likes to see other teammates “lone-wolfing" the entire game when they are needed on the objective.

3. Hone your skills in bot matches. This will help you get accustomed to the controls of MCVS. It will also help you understand how to pilot different Agents in actual matches before playing them against real opponents. You can still obtain a crate for every 3 wins against bots which means that you will still be rewarded for your time.

4. Know how to manage your ability meter and when to use your abilities. This tip is different for each individual Agent. Only continued time and experience will help you figure out when abilities are the most impactful. Make sure that you don’t hold onto abilities when you have a full ability meter but always attempt to save enough of your meter to have an ability ready for use again.

5.  Master your running/strafing speeds. You will not begin to shoot or reload until you are moving at specific speeds. It’s extremely vital that you are able to constantly remain moving while firing and reloading. Mess with your sensitivity options to find a speed that works for you. Don’t forget to change the aiming sensitivity to your liking while you’re at it.

Hopefully this guide has helped you to some degree. Modern Combat Versus contains one of Gameloft’s more generous monetization models but it’s still useful to know more information about how to maneuver your way around it as efficiently as possible. Remain patient, have fun, and continue to get better at the game. Don’t forget to check out the Modern Combat Versus’ forum thread and feel free to check out the game’s Discord channel on our TouchArcade Discord server! We would love for you to join us!