Here are some crazy numbers for you: 27.4 million unique participants from 187 countries. That’s how many Clash Royale (Free) players tried their luck at the Crown Championship Fall Season, and that’s a pretty astounding number. Remember, this isn’t how many were playing Clash Royale; this is the number of players over Level 8 who joined the Crown Championship Challenge. It’s a great reminder of how popular and global Supercell’s game is. Specifically, the Crown Championship, which is a competition that will crown the best Clash Royale player in the world, started earlier this month with a 20-win challenge. Out of the 27.4 millions who participated, 9989 players managed to get 20 wins and qualify, less than 1%. China had the most qualified players, followed by the US, Japan, Mexico, and Spain. And if you were wondering, the most used card was Zap, which isn’t that surprising. 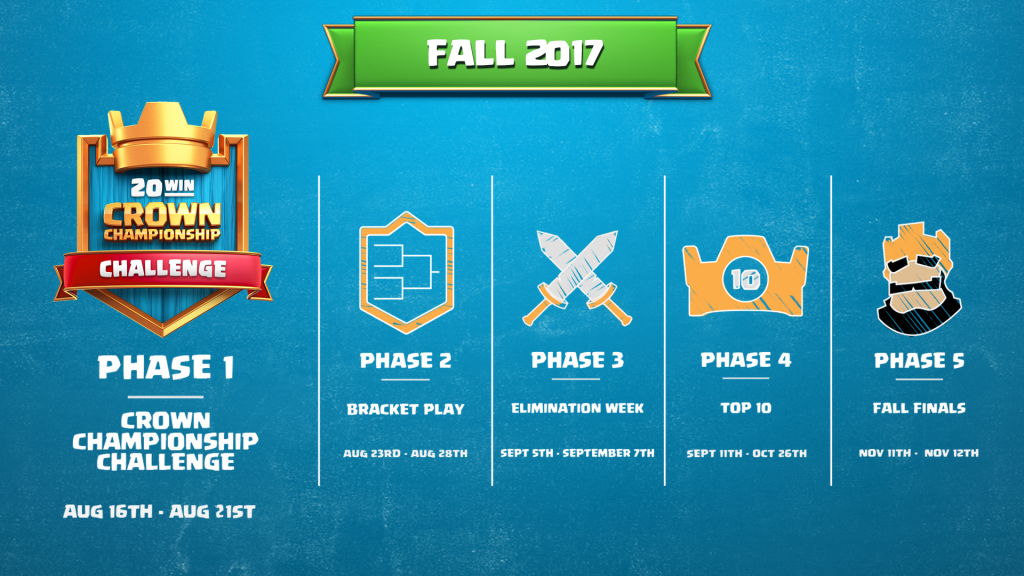 The Crown Championship will be moving to Phase 3, Elimination Week, starting September 5th, and then we will have the Top 10 and the Fall Finals, the latter taking place November 11th and 12th. As you would expect, the best players will get a ton of awards, including part of the 1 million dollars global prize pool. It’s pretty fascinating seeing how many players decided to actively take part in this tournament, and it once more shows just how popular Clash Royale is. Get ready to watch the field get trimmed to the top 10 between September 5th-7th.