Final Fantasy Brave Exvius (Free) and Ariana Grande are a thing once again. After joining Brave Exvius once before as Dangerous Aranea, you will now be able to obtain another playable character inspired by the pop sensation. Chic Ariana has a summer in game event and there’s a ‘Musical Showdown’ event taking place for obtaining said character. This event is accompanied by a competition hosted by Square Enix and Gumi Inc., which gives you a chance to win tickets to the singer’s Dangerous Woman Tour with a meet and greet pass. You can check the contest out on the official Final Fantasy Brave Exvius Facebook page. 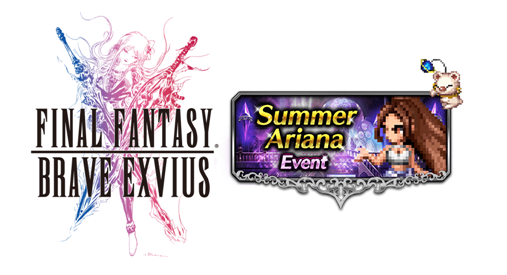 There’s also a new boss battle with the Bard Spirit that will reward you with gear exclusive to the event. Chic Ariana also has some specialized equipment in the form of the Fashionable Dancewear, Microphone Stand, and Magical Scrunchie that are all equippable in battle. The event to unlock the exclusive Chic Ariana begins August 18th and ends on September 1st. It looks like Ariana Grande and Square Enix are in this for the long run with multiple characters based on the popstar, multiple events around her characters, and more in Final Fantasy Brave Exvius. For more discussion on the game and this surprising new collaboration, check out the forum thread on Final Fantasy Brave Exvius here.