Do you like loot in your games? More specifically, do you like grabbing loot from the corpses of your foes and using said loot to create even more corpses and get even better loot? If you answered yes to this question I’d like to introduce you to Rogue Wizards (Free). Rogue Wizards is a turn-based tactical role-playing game that made the leap from Steam to iOS earlier this year. It features a primary story line focused on fairness and equality among wielders of magic in a fantasy setting. The plot, though decent, is certainly not the reason to play this game. The reason to play is the fun and challenging combat and, of course, all the loot.

Rogue Wizards is a turn-based game but with an action feel thanks to the quick turns and line-of-sight surroundings that appear in front of you and crumble away behind as you move. As you advance through the game’s many dungeons you will come upon groups of foes and must decide how best to dispatch them. There are a great many options both martial and magical. You’ll probably keep both a ranged and melee weapon to hand for when you want to reach out and smite something from afar, or get up close and personal. Both types offer a slew of different options, each with their own tactical benefits. 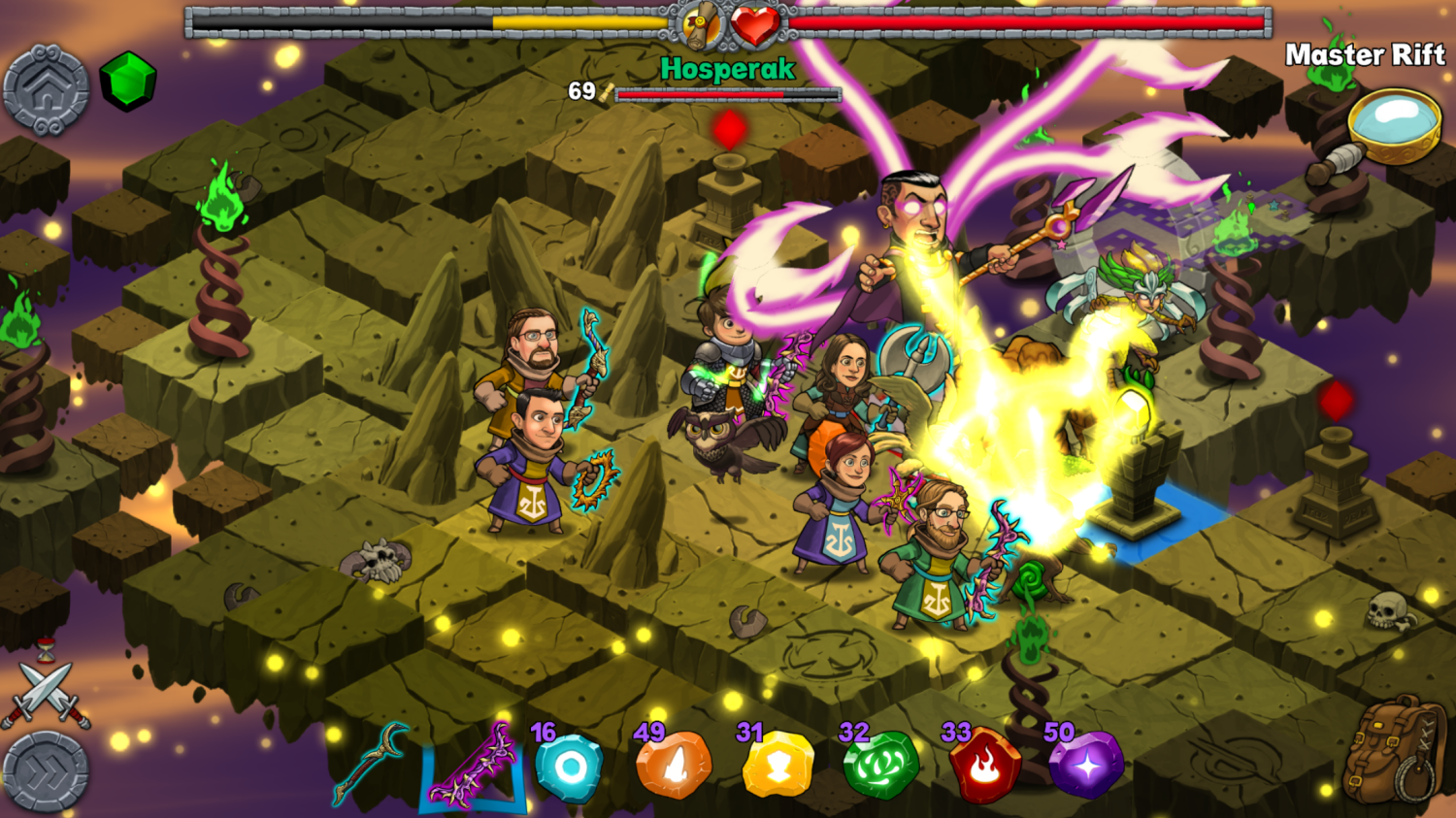 A spellbook is your other weapon and as a wizard you’ll have access to the game’s six schools of magic—fire, earth, lightning, nature, ice, and cosmic—each of which has three spells. You can learn and rank up spells as you advance in level. I recommend sticking with the game’s “instant” spells, which are those that don’t require you to spend a turn to put away your weapon and ready the spell and then another turn to switch back. The instant spells—Ignite, Stalagmites, Sentinel, Swarm, Shield, Banish, and Anomaly—are easily the most efficient spells and powerful spells in the game.

Beyond weapons and magic there’s your gear. Rogue Wizards’ gear system is reminiscent of Diablo III, World of Warcraft, and a myriad of games that have come since. You have six character slots to equip with armor, rings, boots, and necklaces. Weapons and items come with one or more magical powers, depending on rarity. Powers do things like provide a percentage chance to summon a rain of boulders to fall on your foes, provide extra critical hit damage, or summon a shield to protect you. Items level up as you use them and will gain additional powers as they do. 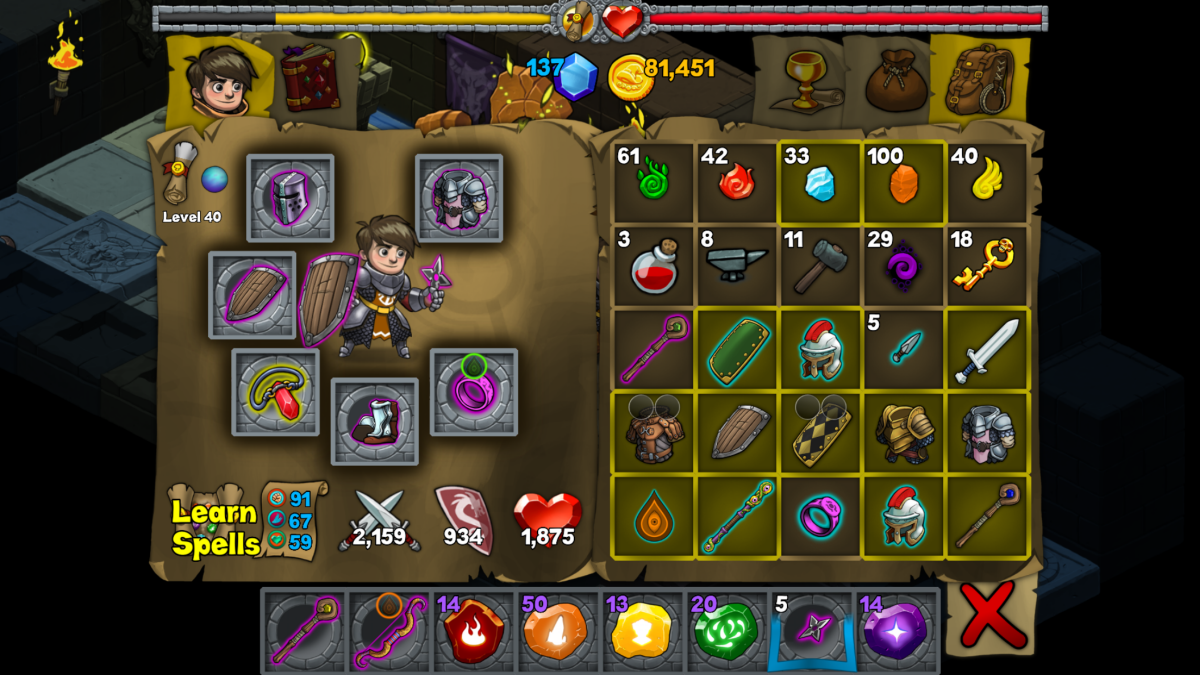 Rogue Wizards has both a campaign and gauntlet mode. The campaign is a sizable one and took me 25 hours, 25,000 turns, and 72 levels to complete. Gauntlet is a high-score chasing mode where you head into a dungeon and see how many points you can accrue before dying. You earn points by defeating monsters and acquiring loot. There are four different Gauntlet difficulty modes to work through. Combined, the campaign and gauntlet modes offer a lot of content to work through and a high degree of replay-ability.

As for price, Rogue Wizards is free to play and uses gems as an in-game currency. Gems let you learn and rank up spells, purchase pets to bring into the dungeon with you, and open special loot-filled chests among other things. You’ll earn plenty of gems just playing the games and buying more is not required to progress at a reasonable rate. The “Gem Drops x2” in-app purchase doubles the rate that gems drop through normal play and is meant to replicate the progress of Rogue Wizards on Steam, where it is a premium title. 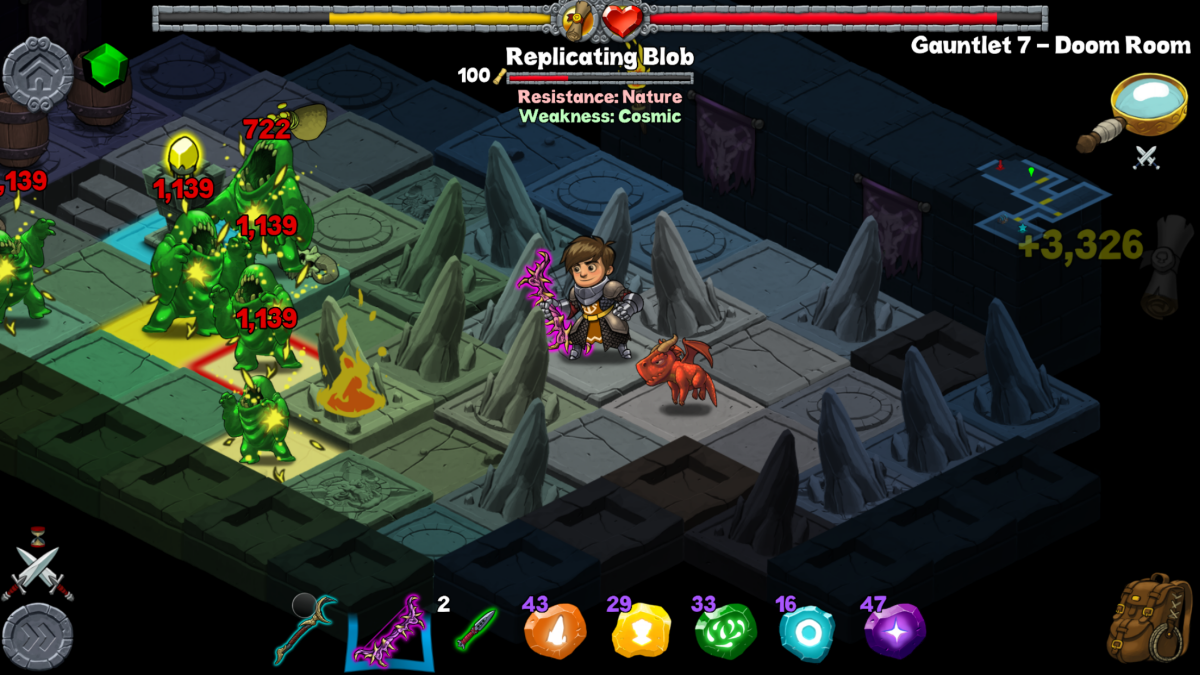 If you enjoy tactical, loot-centric, RPGs Rogue Wizards is a no-brainer. There are ample opportunities to optimize your character with different gear and spells and head off on a dungeon delve. Combat is fun and almost endless thanks to gauntlet mode. The graphics are appealing and the game’s monetization is smart and respectful of players. I recommend you check it out and head to our forums to browse the dozens of pages of comments on this great game.