Just barely over a year ago, Niantic first launched Pokemon Go (Free) and to say it was an instant hit would be an understatement. It didn’t take long before local city governments and police departments were issuing statements on Pokemon Go and trying to deal with hordes of people who were loitering at hot Pokestops at all hours of the day. Things snowballed further, and fans organized a massive meetup at Millennium Park in Chicago on Facebook. Thousands of people attended, and, well, I wish I could say I was surprised to say the game was unplayable between Niantic’s servers and the connectivity issues that arise when you pack tons of cell phones in one place. So, instead, a year ago, people basically just stood around yelling:

No one can get Pokemon Go working, so in the absence of actual gym battles… This’ll have to do. #pokemongochicago pic.twitter.com/0vUJTiWBUM

When the Pokemon Go Fest was announced in Chicago, I couldn’t help but raise my eyebrow, particularly considering the venue was set to be directly adjacent to the previous failed Pokemon Go meetup. But, since Google still has its hands in the Niantic investment pie, I assumed they managed to figure out how to set up a venue where 20,000+ people can all play a data-hungry smartphone game without interruption. I was actually pretty excited to see just how they approached the problem, as I’ve never been to a sports game, concert, convention, or anything similar with tons of people in one space where my phone worked well. It’s just a reality of current modern cellular technology. 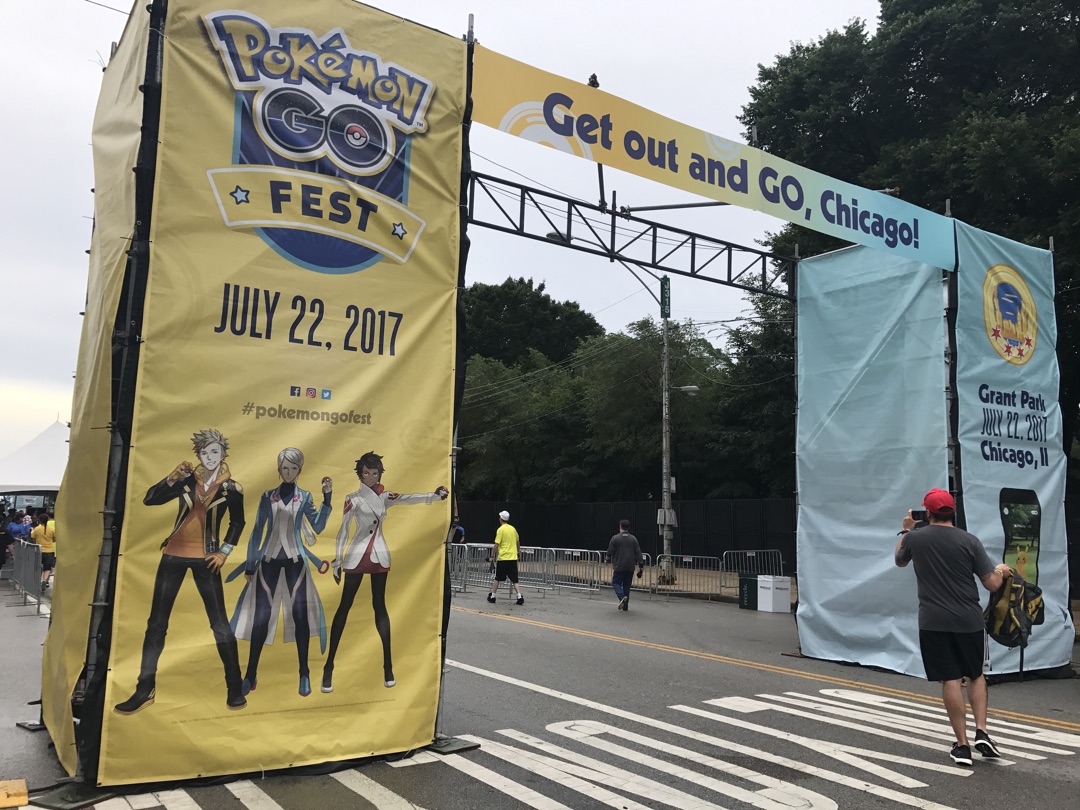 Excitement turned to apprehension as Niantic encouraged everyone to refrain from live streaming during the event to save bandwidth. I started to worry that maybe they didn’t have any clever solutions to this problem, and instead we were in for a redo of the Millennium Park meetup last year, which turned out to be exactly what happened. Except, instead of just yelling team names, the crowd instead chanted, “We can’t play."

Since the game didn’t work, I spent my time there talking to people at the event. One thing that surprised me was just how few people were actually Chicago locals. For me, attending the Pokemon Go Fest just involved a few gallons of gas and an expensive parking spot. Other attendees had bought flights and booked expensive, nearby downtown Chicago hotel rooms to attend what many thought was going to be the Pokemon Go event. Some even came from other countries, and their frustrations were compounded with expensive international data plans which were being burnt up by continually trying and failing to log into the game. 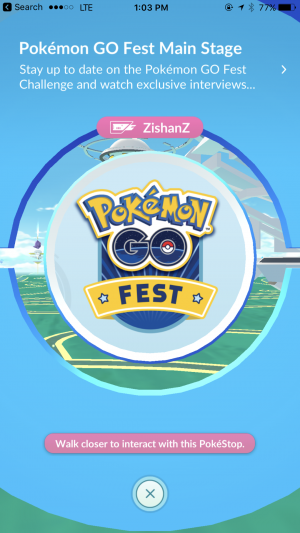 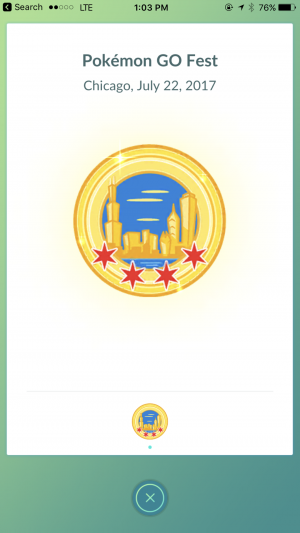 When Pokemon Go still didn’t work hours later, the vibe of the event was borderline scary because people were getting so upset. It turned out, those of us inside the event actually were way better off as we had access to a minimal amount of shade and tents set up with water spigots. Outside the event, where people were waiting upwards of three hours to get in, all they had was the unique misery that comes of being in the sun in an unbelievably hot and humid day in the peak of a Chicago summer. 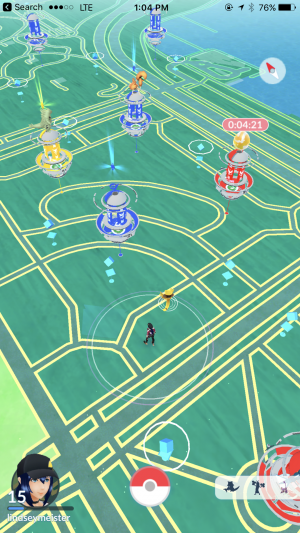 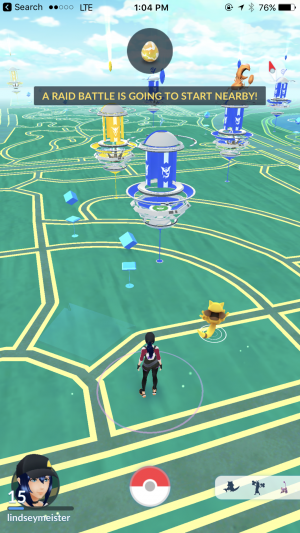 By mid-afternoon Niantic announced that tickets would be refunded, and players registered for the event would get $100 worth of the premium currency, Poke Coins. Later, they would sweeten the deal by throwing in the legendary Pokemon Lugia, as well as broadening the range of where the special event Pokemon eggs would spawn and extending the in-game event out until Monday morning. Of the people I talked to after this announcement, none were very happy. 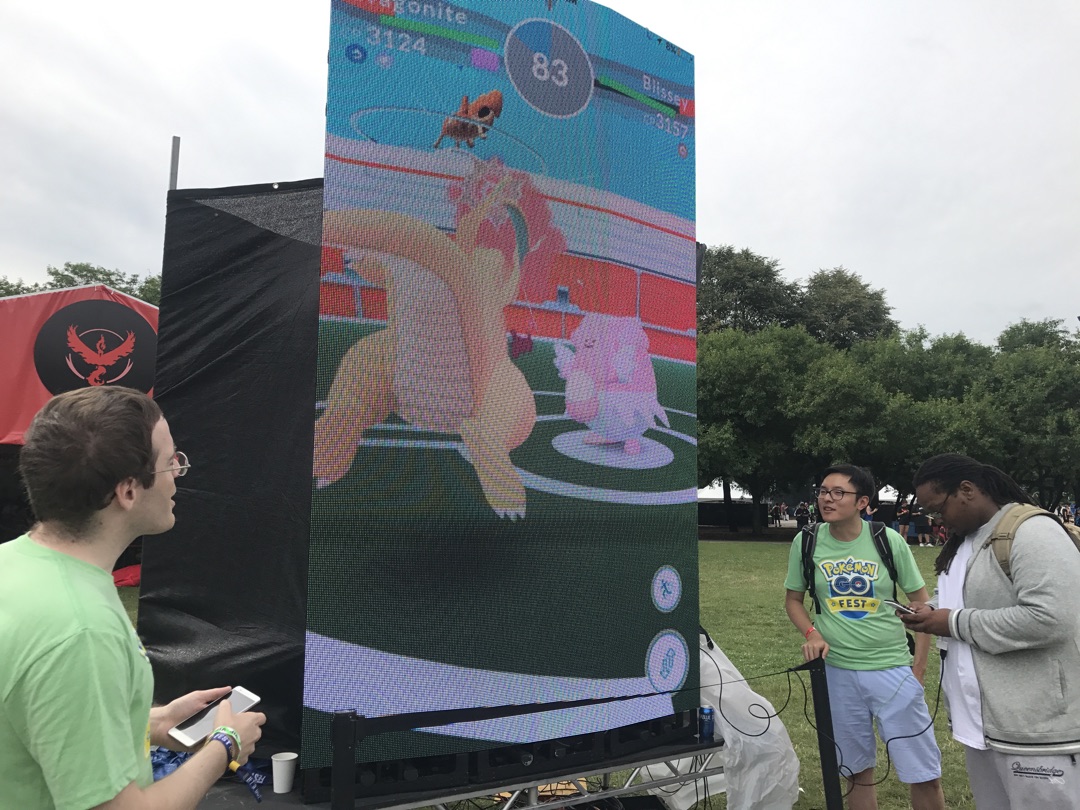 For the hardcore Pokemon Go Fest attendees, the $20 ticket price to be refunded was practically irrelevant compared to the rest of their expenses to attend. Similarly, while the $100 of IAP is a nice gesture, Pokemon Go Fest attracted top-level players who had already bought tons of IAP anyway. They came for the promise of the event, the world-class collaborative raids, and everything else that was supposed to happen at Pokemon Go Fest. 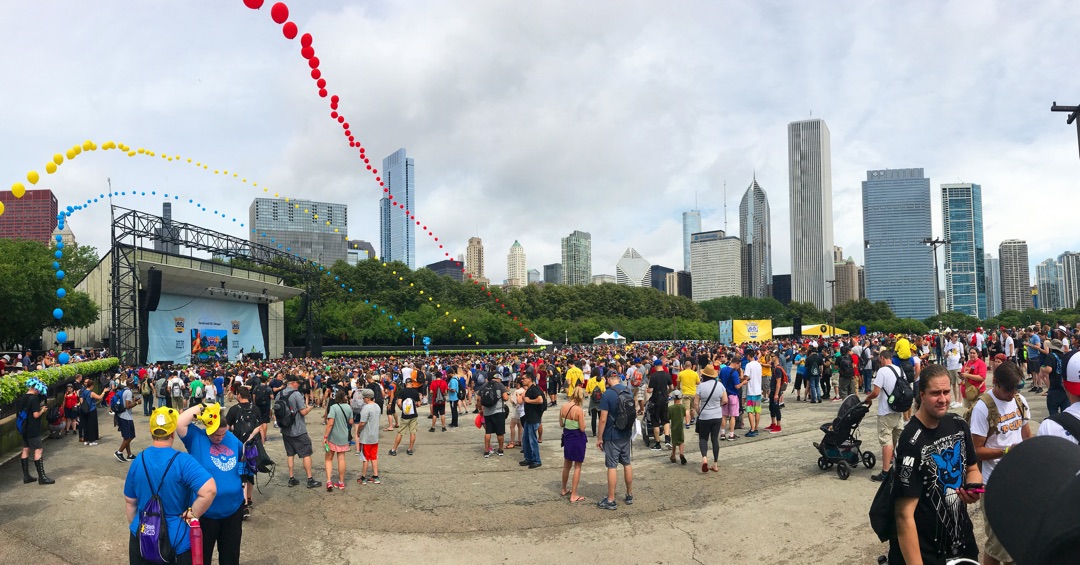 This raises the interesting question of how much will this SNAFU affect the game in the long term. The people who are willing to spend thousands of dollars to attend Pokemon Go Fest are undoubtedly the whales of the Pokemon Go world, but will they come back after this disappointment? What will Niantic do to prevent this from happening in the upcoming Safari Zone events in Europe? 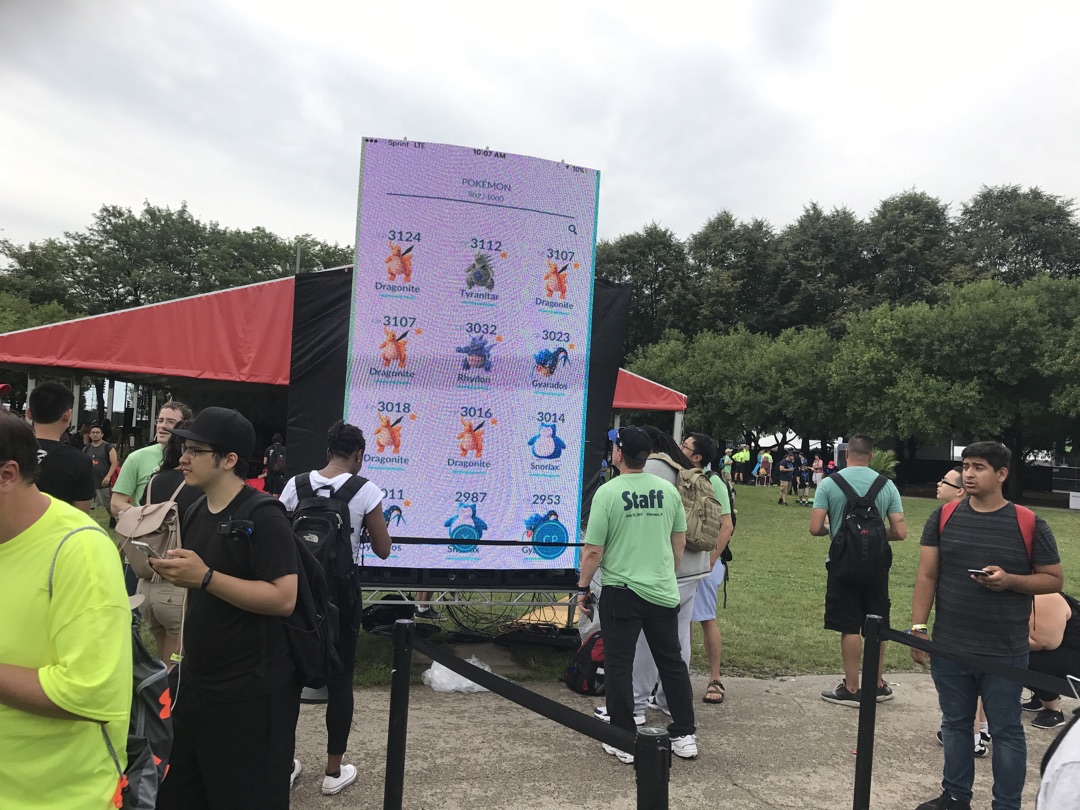 While I definitely can understand the appeal of trying to host a massive event like this, I think a far more intelligent route to have taken with Pokemon Go Fest is just making it a worldwide event. Niantic could’ve easily put together a kit for people to host their own Pokemon Go Fests in their own town, and players could all work together for the same rewards at designated registered Pokestops assigned by the local event organizer. This way, you’d have anywhere between dozens to hundreds of people coming out all over the place, still collaboratively raiding, and getting cool stuff… Without the pummeling of cellular networks to the point of nothing working due to the global distribution of players. 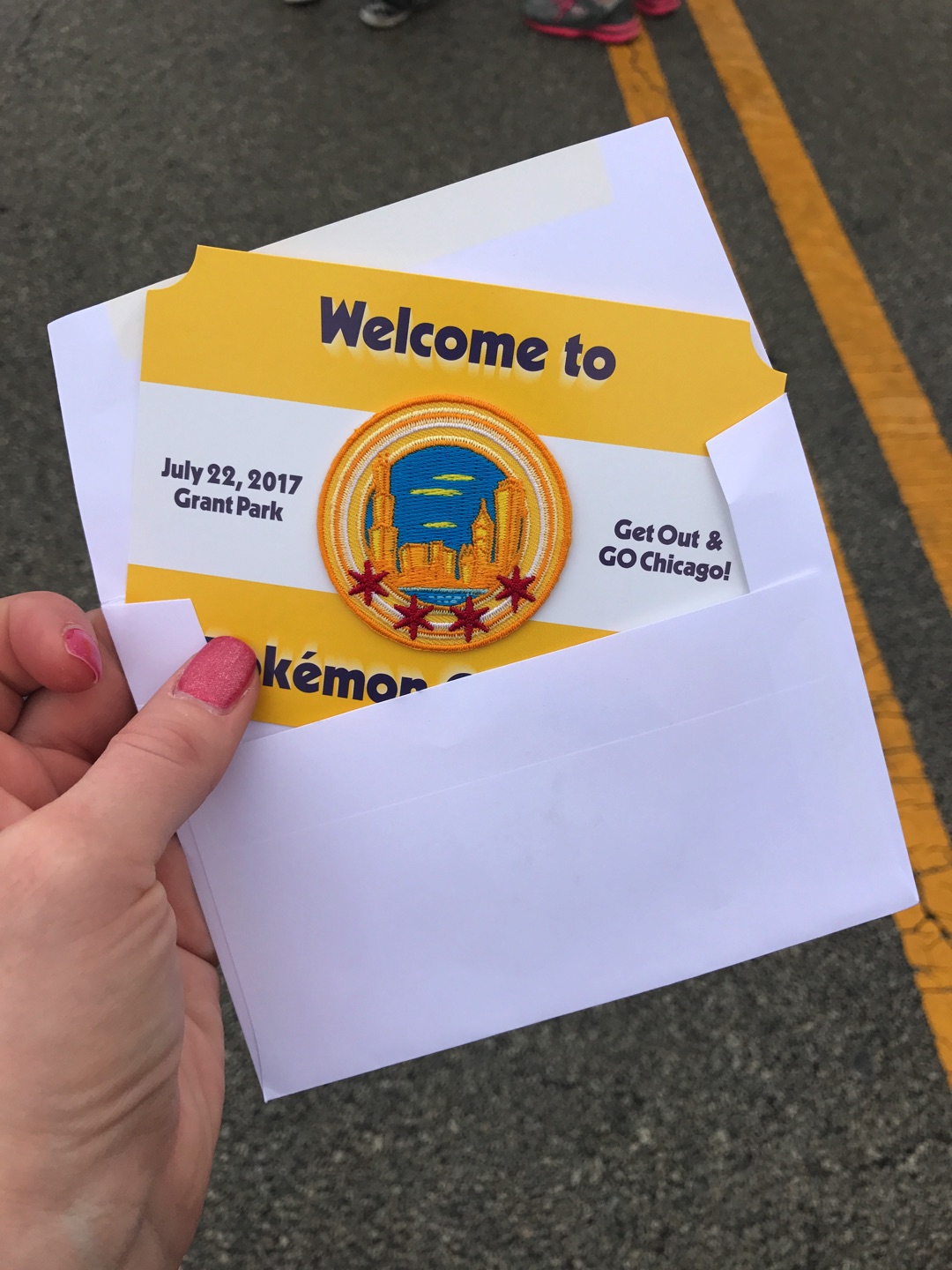 Niantic representatives today were quick to point out that people were playing Pokemon Go, as the different collaborative event objectives were being completed. I’m just not really sure how many people were actually playing. When we finally left in the mid-afternoon, the game still wasn’t working properly. Perhaps after enough people gave up, Pokemon Go Fest was a fun event for the remaining people who were actually able to then get online.

At the end of the day, all I can really say is what a bummer this event turned out to be.