The highly entertaining Solitairica ($3.99) is expanding, with more decks and battles coming to the game tomorrow, June 29th. Tomorrow’s Primal Champions DLC, which will cost $0.99, will add 4 new decks, each consisting a single color. Barbarian will be all about attacking, Vanguard defending, Acrobat agility, and Sorcerer willpower. There will also be Epic difficulty for decks once you defeat the Emperor. Epic difficulty will offer plenty of challenge for experienced players, and it will have 28 battles, which is 10 more than normal, more dangerous versions of monsters and traits, and a tighter coin economy to force you to buy smart. 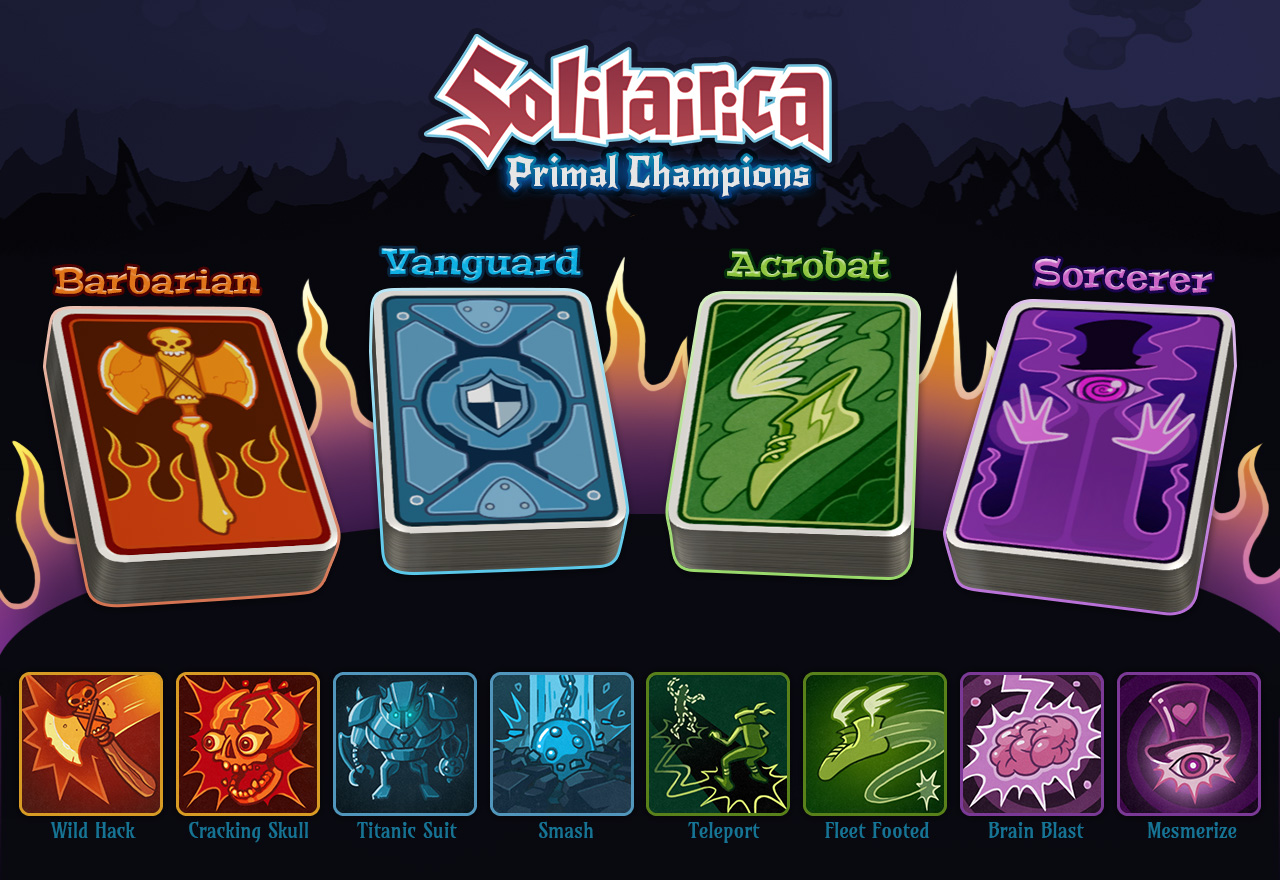 Solitairica is a favorite of many of our readers, so I’m glad to see it get more content. Are you going to pick up the Primal Champions DLC? Head over to our forum thread if you want to talk Solitairica with other players.