Indie developer Kenny Sun is all about making super trippy and super clever games. His previous release Yankai’s Triangle ($2.99) was a colorful puzzler that was all about spinning and orienting triangles. A very similar concept is behind his latest game Yankai’s Peak ($3.99), but in a more three dimensional and less… flatter experience. It treads a bit of familiar ground but at the same time manages to feel completely different from Yankai’s Triangle, and much, much more difficult. 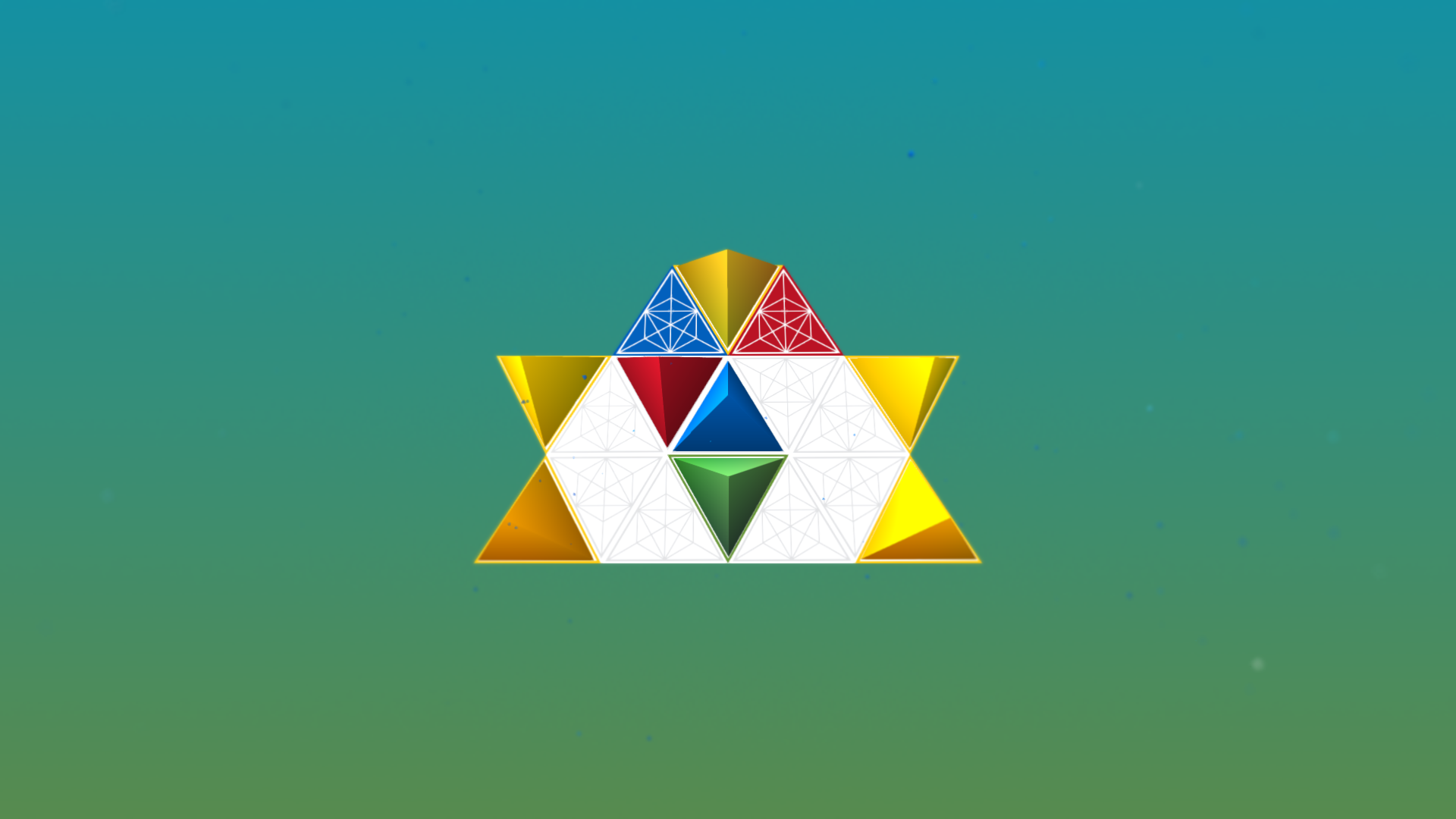 Describing Yankai’s Peak is tricky. I’ll give it a shot but you’re probably better off just watching the trailer. Anyway, you control a three-sided pyramid and can move by flopping onto each of the pyramid’s sides, similar to the cube’s movement in Edge ($2.99). Each puzzle board has a set path so you’re not free to just move in any direction, only to spaces that are free on the edges of your pyramid. The main goal is to move your pyramid from its starting position to an ending position, and along the way more colors of pyramids are introduced which all have their own ending positions you must move them into as well.

Since you can only move your own pyramid, you have a special trick at your disposal in order to move the other pyramids. On any of the three points of your base you can tap to set an anchor that you can pivot your pyramid on, as opposed to the normal flopping down onto its side. This allows you to swing and move the pyramids that are next to you. One of the trickiest aspects of Yankai’s Peak is figuring out all the ways you can use this to your advantage, and there’s already been several puzzles where I swore they were impossible before going back and realizing I just needed to think from the pivoting angle more. 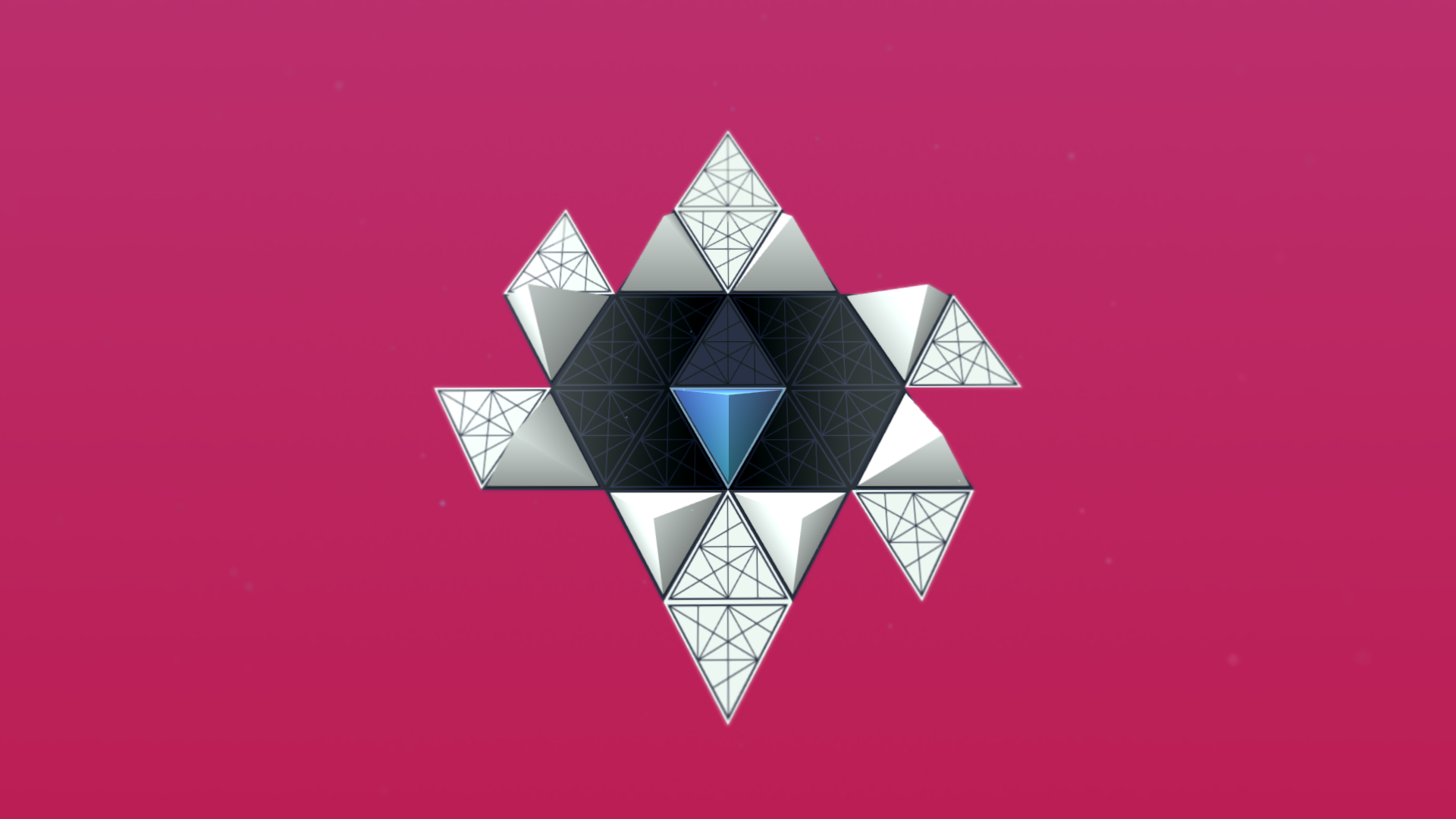 As I mentioned, this game is hard. Probably too hard for some people. But the solution is always there, and it sometimes just takes enough poking and prodding until you come across it. There’s no timer or anything so you can take all the time you need, and there’s an undo button and no penalty for using it. You also have a choice as to which level you play from each world’s map, so if you get stumped on one puzzle you can back out and try some others for a while before coming back to attack it again after a break.

I enjoyed Yankai’s Triangle when it came out but it didn’t really grab me, and it was a bit too scattered to hold my interest. Then something Shaun said about it struck me, and after approaching it from that perspective it’s become one of my favorite go-to games. I can’t find when or where he said it so I’ll heavily paraphrase, but he likened Yankai’s Triangle to more of a toy than a game, something you pull out and play around with for a few minutes at a time and slowly chip away at.

I feel very similarly towards Yankai’s Peak, and I know that even when I get stuck on a puzzle, I’ll enjoy pulling the game out and poking and prodding away until I eventually hit a solution. It’s very satisfying in that way, and I think both games complement each other beautifully. If you’re open to some extreme challenge and some abstract designs, and that hefty dose of Kenny Sun weirdness, I heartily recomment checking out Yankai’s Peak.