Recently, we’ve had the “pleasure" of playing quite a few games that turn you into a cog in a totalitarian machine rather than a hero fighting against a ruthless State apparatus. Paper’s Please and The Westport Independent played on the delicate balance between being moral and staying alive in an oppressive regime, although with differing levels of success. Still, they both managed to involve the player in what is a game of moral tug of war, where any initial desire to play the game as a moral and just individual slowly gets crushed under the reality that is survival for you and, in many instances, your family.

Beholder ($4.99) similarly manages to make being a hero in a totalitarian regime a much more difficult task than one would initially assume, all the while offering a very entertaining game with moments of dark humor and plenty of gameplay variety. Even though its theme is dark and the characters you meet sour and dejected, Beholder is still great fun to play, even when you meet your demise at the end of an angry tenant’s knife. 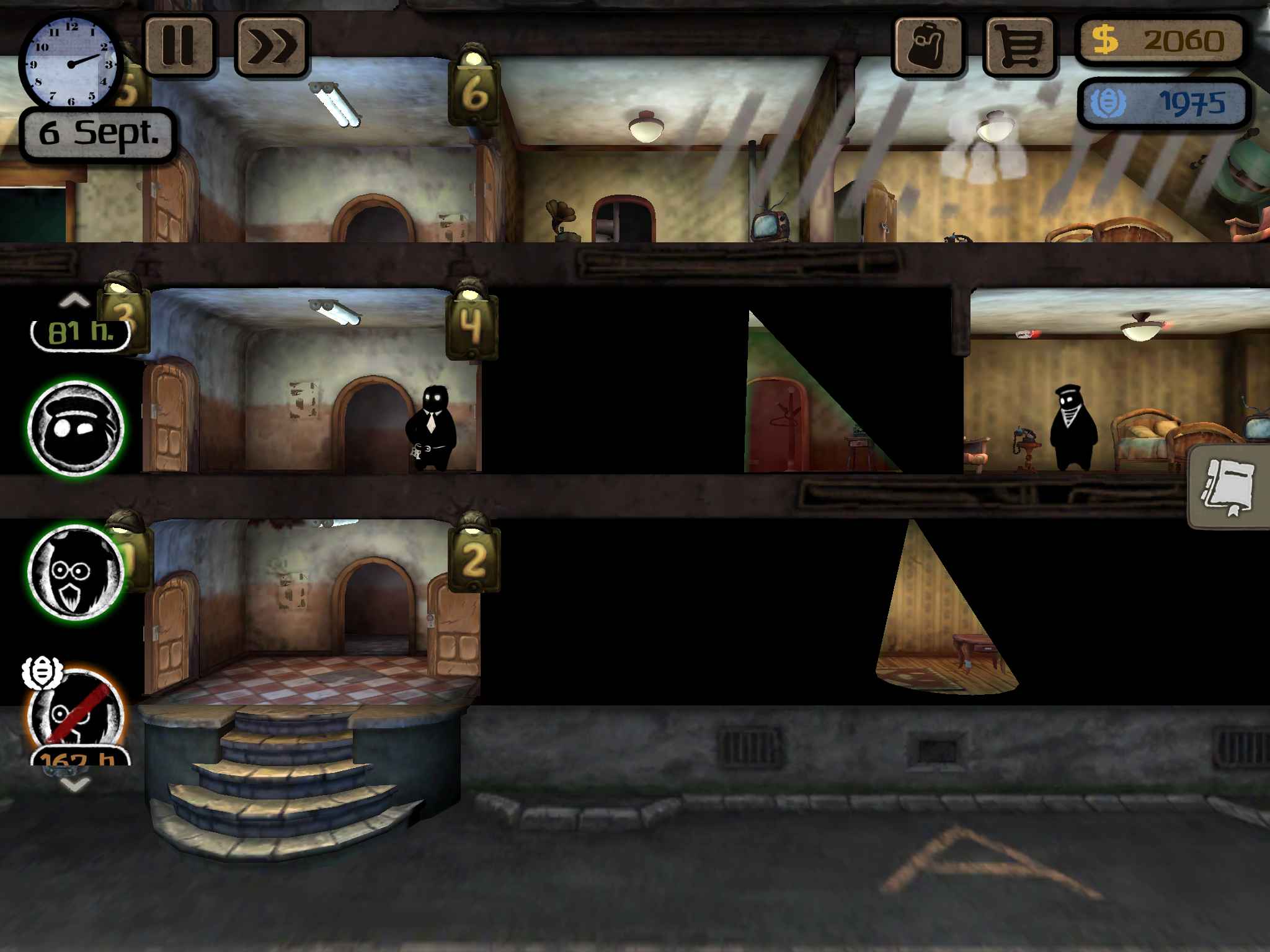 Beholder‘s concept is simple: you are a State-appointed landlord, and your job is to ensure your tenants obey the State’s directives by any means possible. When you start playing the game, though, you begin to see that there’s much more to your role than just being the State’s lackey. In terms of mechanics, the game constantly gives you quests, which appear as little bubbles to the left side of the screen, that you have to complete. All of them have a—usually quite generous—time limit and range from the simple to the complex. For instance, you might have to go get some medicine for you daughter or you might have to find a way to evict one of your tenants. The quests vary in length and complexity, and that manages to keep you on your toes.

The interesting wrinkle of the quests is that they often create all kinds of moral tensions that turn your landlord into a much more complex figure than you would have originally thought. You can try and be a good family man and give your wife the pitiful amount of money she keeps asking for, but to do that you might have to blackmail one of your tenants. Or you might have to pull all kinds of shady strings just to get some books for your son. The way Beholder has you trying to balance the moral tight rope is quite smart and definitely makes for interesting playthroughs and decisions. 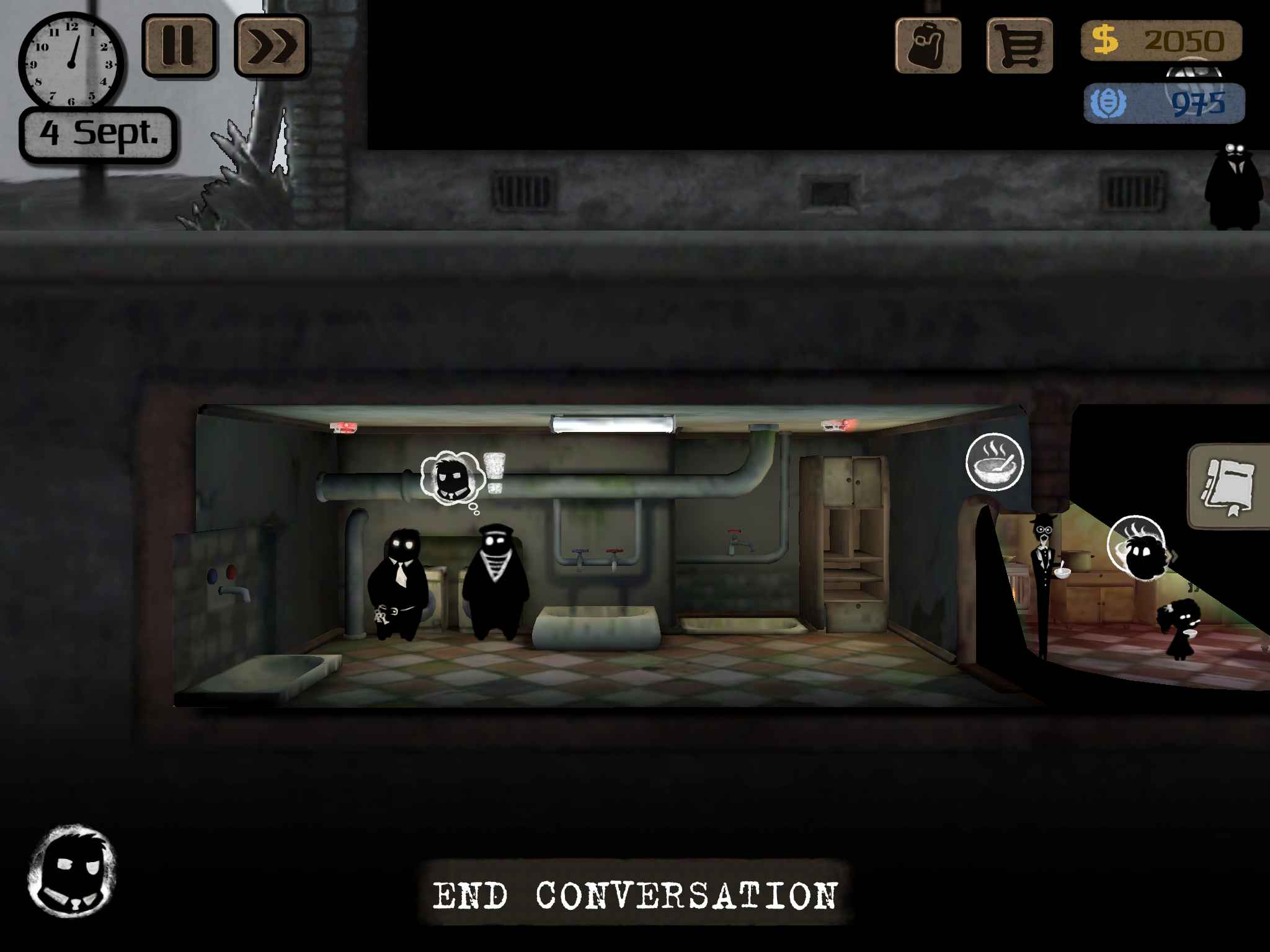 Speaking of your tenants, Beholder humanizes each of them even though they are drawn in broad strokes, which makes your decisions feel more impactful and the repercussions a bit more real. Even though all the characters are nothing but black cutouts, they are fleshed out enough to be interesting. It helps that part of your duty is to profile them, which involves breaking into their apartments when they are away and going through their stuff. As you do that, you record their “illegal" habits and can either choose to profile them and get paid from the State or blackmail them, which results in a quick financial gain but puts you in personal and professional danger. And having quests like trying to find a bride for one of your tenants or looking for a veil for his wedding help keep the game from becoming a grim monotony.

Even though the theme of the game is quite grim, Beholder still manages to be funny, even though the humor is definitely on the dark side. Your daughter is especially “funny" since she says the saddest things in the most innocent way. And you can’t help but smile while cringing at the same time. That’s part of Beholder‘s charm; it manages to turn a grim, depressing main idea into an entertaining game that you will have fun playing. And then you’ll realize that perhaps you shouldn’t be having so much fun being an evil landlord, and you’ll try and play nice with everyone, but the outside pressures, including the constant need to make money for your family, will once more push your hand into doing things you weren’t planning on doing. Beholder‘s clever mechanics and the way it represents societal pressures will pinch and prod you the whole time. 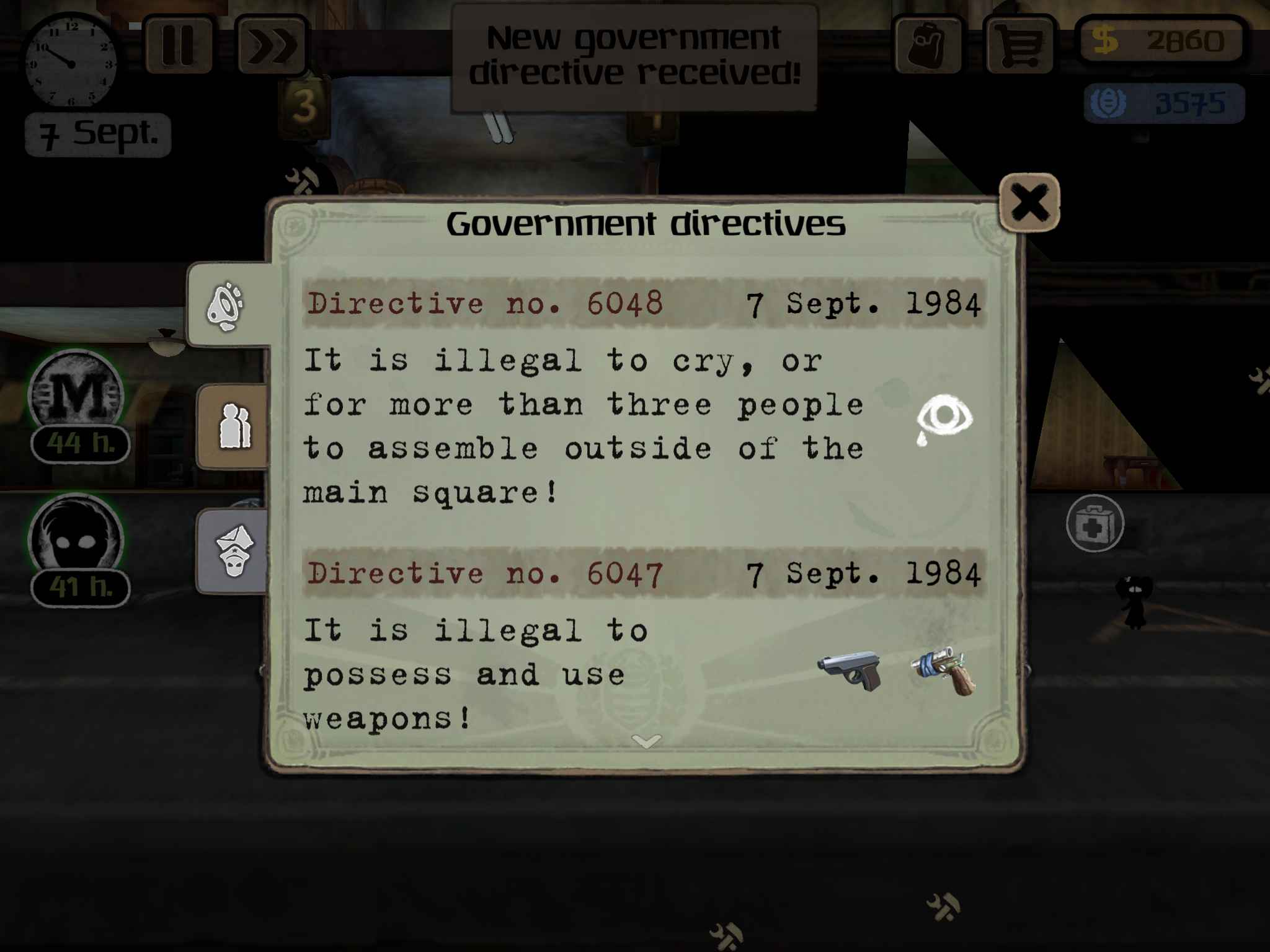 Beholder‘s art definitely helps with the whole mood as the cutout figures, which will remind you of Limbo a bit, fit well into the notion of an oppressive bureaucracy treating everyone like a replaceable number rather than a human being. At the same time, the differences in body shapes and the light ornamentation—with things like ties or jewelry—bring the characters to life and, in a way, contradict the State’s views. At the same time, the environments are colorful and very well designed, and the contrast between them and the tenants makes both pop out. The music is also lovely, though quite somber, and perfectly fits the mood.

Controlling your character is pretty easy even on smaller phone screens, with the contextual icons helping you navigate your environments without much trouble. There are some issues when a character is standing in front of an object, which makes it impossible to interact with said object. Overall, though, you’ll have no trouble running around your building and taking care of business, one way or another. 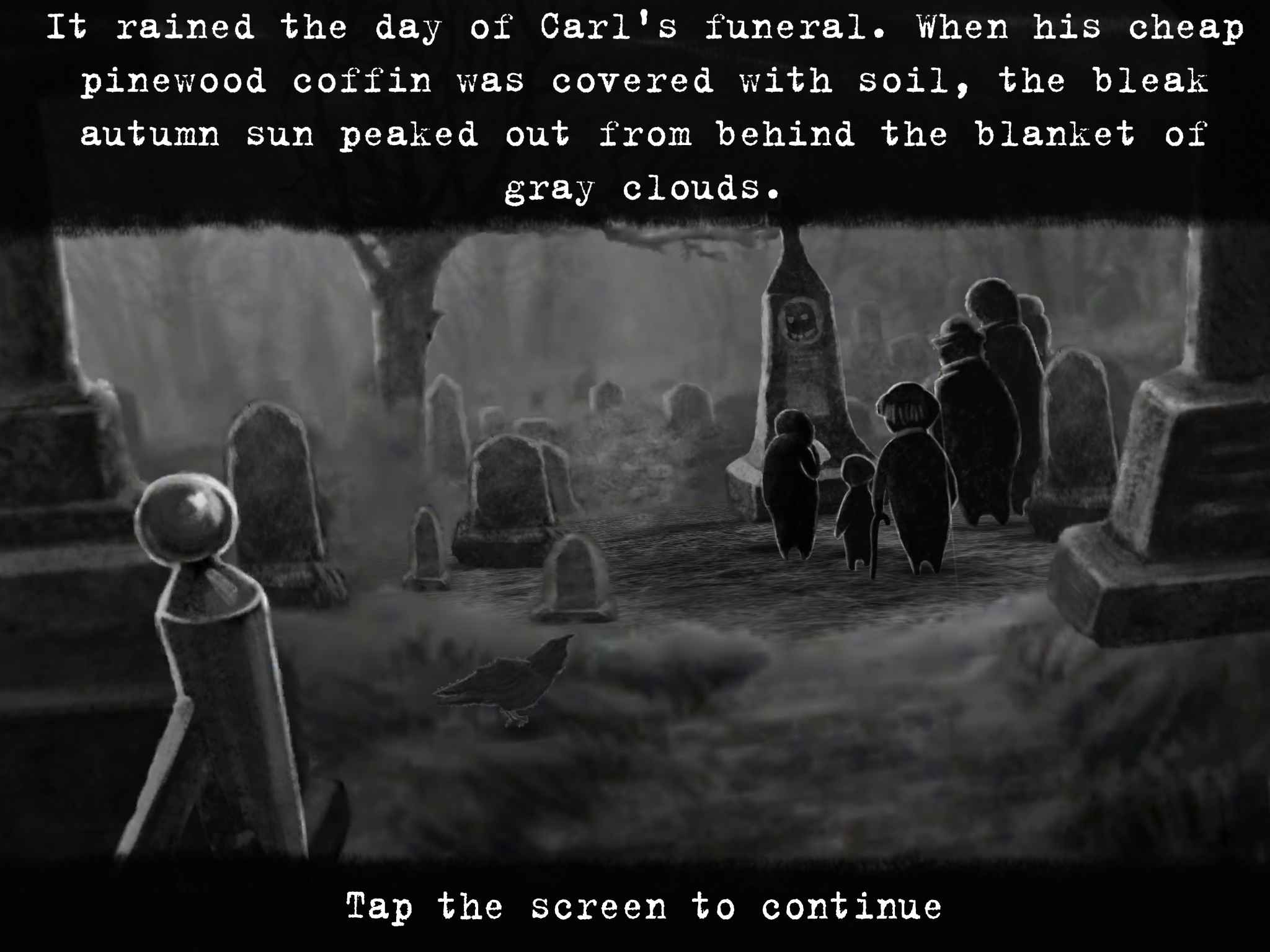