If you haven’t played it, Onirim (Free) is a fun singleplayer card game, where you’re trying to clear the deck of the eight door cards in order to win, while avoiding the negative effects of nightmares. It’s worth checking out! The good news is that if you have already done so, then you have some new content to try out for yourself, as Onirim on iOS and Android now has the Glyphs expansion. 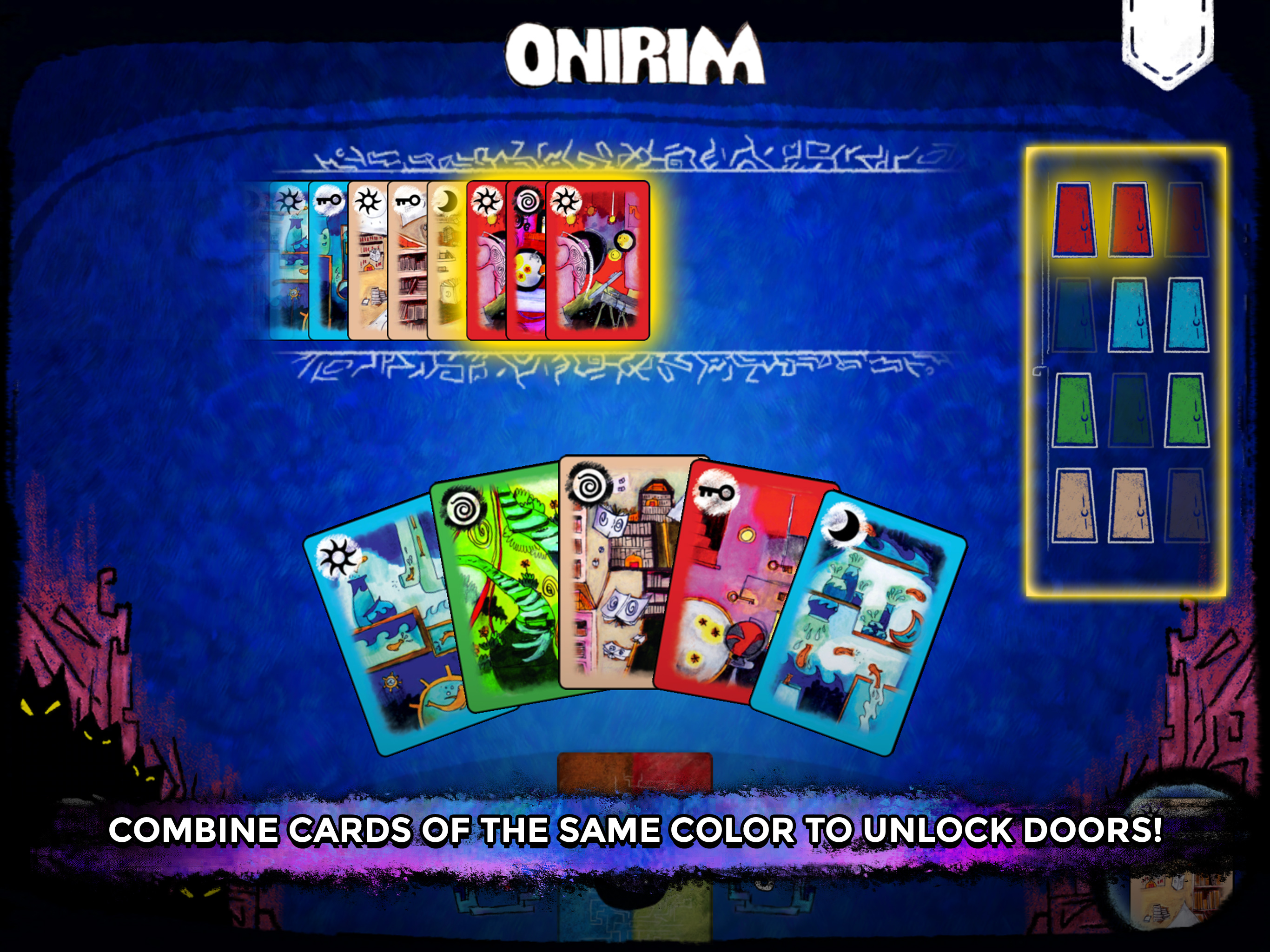 The Glyphs expansion adds four new doors to the game, so you have to clear 12 from the eck. But, new cards with a glyph symbol have been added. So, since you can’t play two cards of the same symbol consecutively, this makes it so that there’s some more variety in the deck. These also have a new ability, where discarding them activates an incantation revealing the next five cards; if one of the next five is a door, then one of them can be put into play. The expansion is available for free, but you’ll have to sign up or log in to your Asmodee account in order to get access to the Glyphs expansion.