Last Friday a very unexpected update hit for Fieldrunners ($2.99), the stone-cold classic that helped thrust the tower defense genre into the mainstream when it originally hit all the way back in October of 2008. If the update hit last Friday, then why am I just now telling you about this? Because holy moly have I been sucked right back into this absolutely fantastic game. It’s not my fault! This is the first update to Fieldrunners in more than 4 years, and alongside the much-needed widescreen support for the iPhone version, both the iPhone and iPad versions are now 64-bit compatible, so they shouldn’t be getting the boot whenever the 32-bit Appocalypse approaches.

In addition, lots of more minor quality of life improvements have been added in this update. The game now loads faster, the tower placement has been tweaked to be more precise, the fast forward feature is now a lot smoother, many sound effects have been replaced with higher quality versions, and the global leaderboards now display high scores on a weekly basis, which should reinvigorate the long stagnant list of names clogging it up. 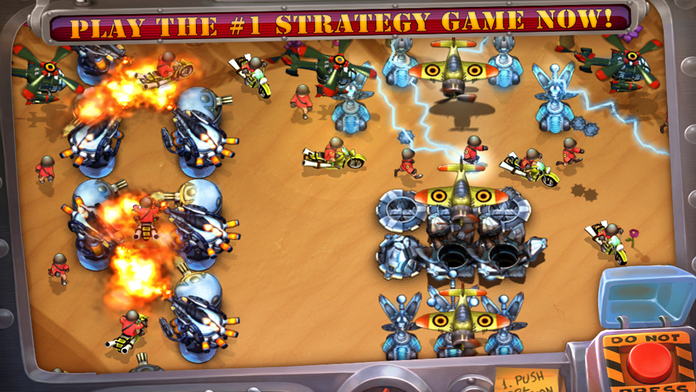 As I already mentioned, Fieldrunners is still a fantastic game even nearly a decade later, so whether you played it to death back in the day or you just never got around to this one, the newly updated version is a great reason to dive in again. Also, its sequel Fieldrunners 2 ($2.99) has received 64-bit compatibility and a few tweaks in a new update this week, and while it’s not quite as exciting as seeing the original get updated it’s still nice to see that both games are being maintained for the future.