The fine folks at Donut Games really know how to put together accessible games with a lot of hidden depth, and Footy Golf (Free) is another excellent example of that. As with many of Donut’s titles, you can probably get the gist of what this game is about from its name. You have to kick a ball across a stage into a goal in as few moves as possible, collecting coins and diamonds along the way. Fans of this publisher will probably recognize it as a cousin of the classic Cat Physics ($1.99), but it brings a few tricks of its own to the table, not the least of which being a new pay model. Worry not, however, friends. Footy Golf is as gentle with its monetization as it could possibly be, allowing you enjoy the game with only a minimum of friction. Most importantly, the game itself is challenging and fun.

If you’ve played the aforementioned Cat Physics or Noodlecake’s Stickman Golf games, Footy Golf will be quite familiar. In each level, you’ve got a starting position and a goal. You’ll need to close that distance in as few kicks as possible. You can use a two-finger drag to look around the level, and select the power and angle of your kick by dragging your finger and releasing. There are coins strewn about each level, along with one precious diamond hidden somewhere off of the beaten path. While reaching the goal within a certain number of kicks is your main priority, it’s also important to collect coins. They’re used to open up new characters, but their primary value is in opening up new levels. The diamonds are used to unlock new balls, each of which has its own unique properties to consider. You can buy coins with real money, but the game will occasionally throw you a handful of free coins or allow you to watch ads to earn them. 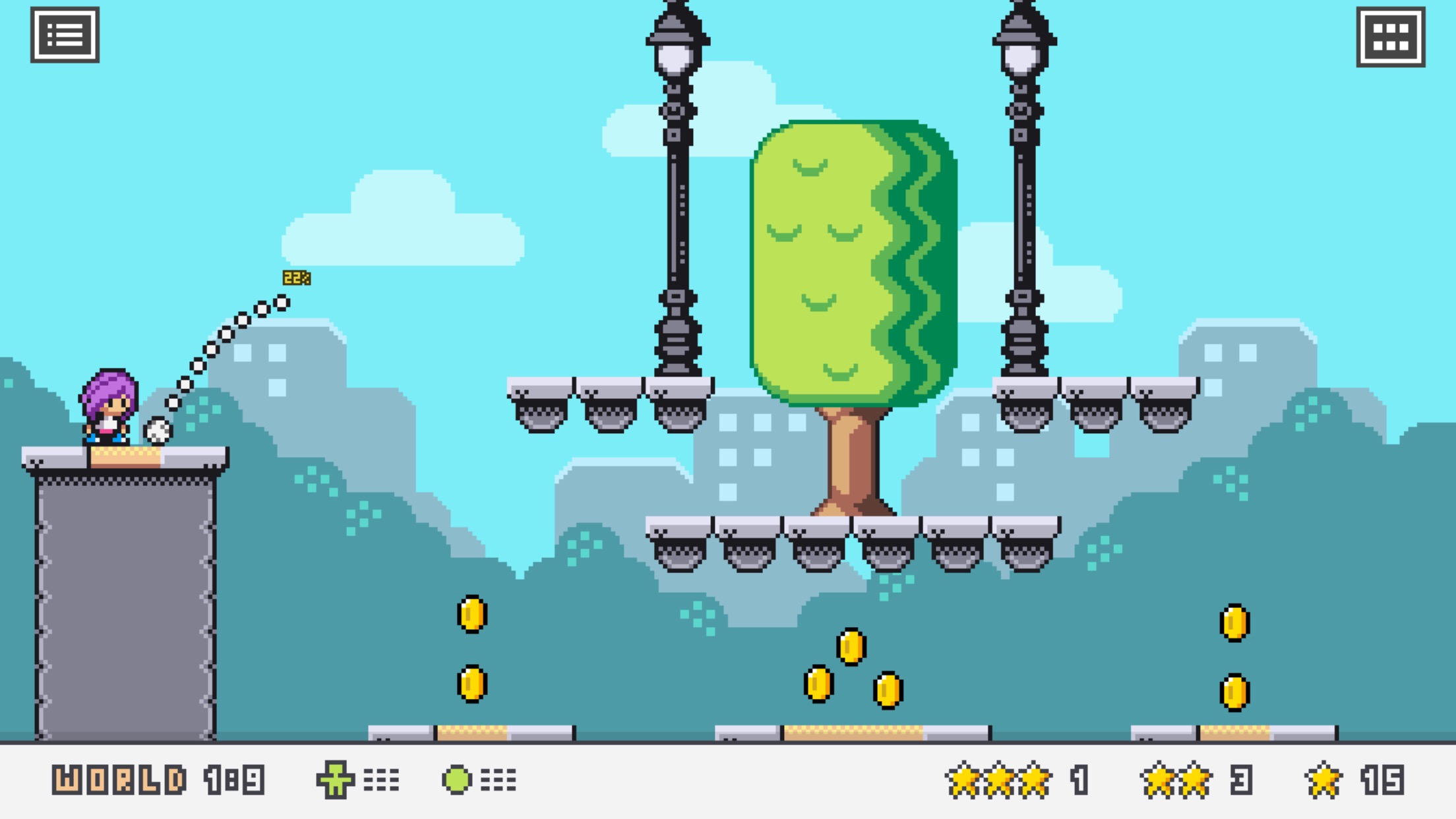 At the same time, you’re also earning experience points. You’ll need those to open up each of the four worlds. This probably sounds complicated, but in practice, there isn’t a whole lot to worry about. If you play the stages in order, you’ll easily earn the needed experience points. You’ll run into the occasional new level that will require you to watch an ad to open, and yes, you will probably run short on coins here and there. One nice thing is that coins in previous levels will eventually return after a little while, making it easier to gather up the needed resources when you find your coins running low. Once a level is open, it’s open for good. You won’t have to spend more coins or watch any ads, no matter how many times you play it. If you’d rather not think about all of this, you can spend a dollar buying the game’s one IAP, a hefty chunk of coins that will basically pay for everything you’ll ever need. You’ll still run into a dozen or so unskippable ads through the course of the entire game, but that’s about it.

Essentially, you’ll be looking at each level from a few different angles depending on how much challenge you want out of it. On a basic level, you can just focus on reaching the goal within the rather generous kick limit. It’s fun and not terribly hard, with only a few levels late in the game proving tricky. You can try to find all of the hidden diamonds, which is only a little tougher. Again, there are a few really clever levels that will put your wits and skills to the test, but for the most part, you just need to waste a shot in the wrong direction to collect them. The real long-term challenge is drawn from golf. Each stage sets par scores to earn two or three stars, and making it to the goal in few enough kicks to earn the full three-stars is quite tough. On some stages, you can even go beyond that, getting to the goal under par. 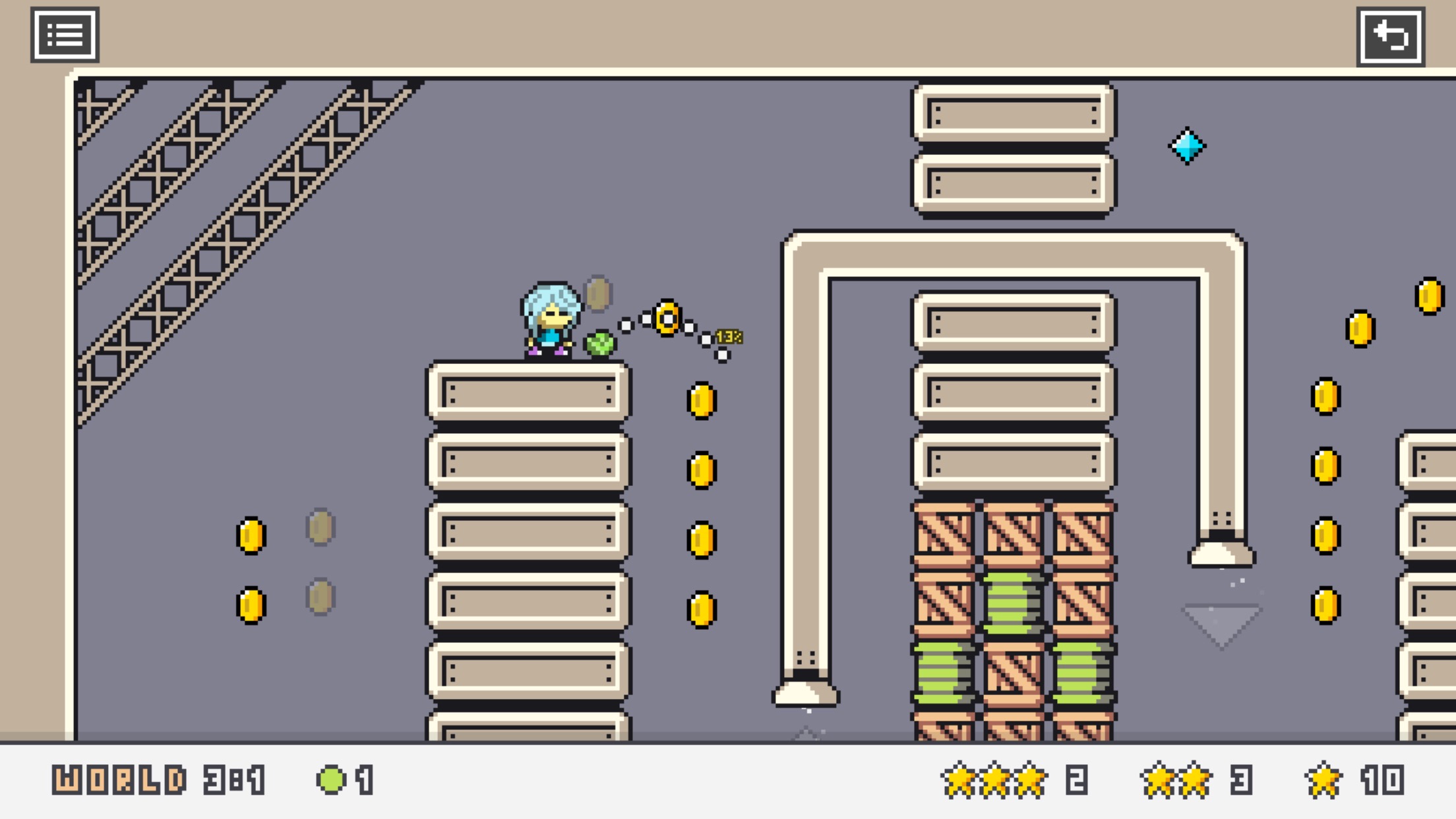 Each new world changes the set dressing and adds a new gimmick or two to the works. Footy Golf is pretty good about rolling out new obstacles, hazards, and gimmicks in a steady trickle, keeping the game from getting old before its 80 stages have passed. It’s also pretty good about mixing up the feel of stages. One level might see you hunting around for switches to open the way forward, while another might rely on sheer timing to get past spike hazards. Donut Games has a lot of experience with building levels for these sorts of physics games by now, and it really shines through in Footy Golf. 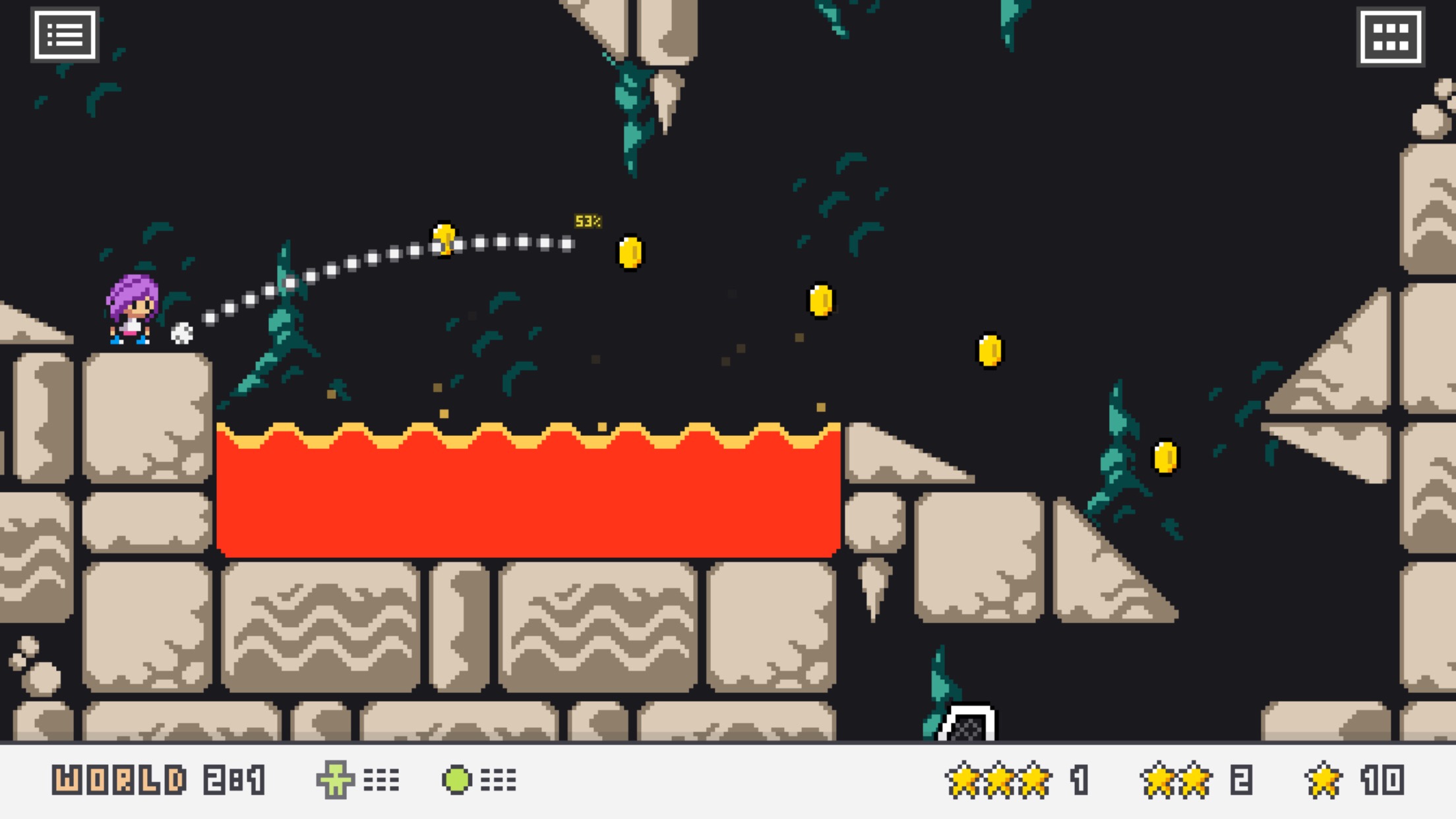 That brings us around to the only real downside of the whole works. Depending on what you may or may not have played, Footy Golf can be a little too familiar. The iOS library isn’t exactly swimming in games like this one, but there are enough of them that Footy Golf doesn’t feel particularly special. Sort of the definition of solid, but not spectacular. There’s certainly enough depth here to keep you playing for a long time if you really want to get into it, at least. You’re going to have to come to it yourself, mind you, since the game never really forces you to go beyond the minimum goals. But I think that’s probably the best way to go about it to please the largest group of people.

But then, none of this is especially new for Donut Games. They’ve rarely brought flash to the table. Their strengths lie in creating fun, easy-to-pick-up, hard-to-master games that are well-suited for your coffee break. Footy Golf fits comfortably in that milieu, and although it adopts a new pay model, it’s as kind about it as you could imagine. And hey, where else are you going to go if you want to kick around cabbages and ping-pong balls?