It’s hard to get an idea of what Hong Kong-based developer Cmune is up to recently. They successfully launched their military first-person shooter Squad Wars back in January, but apparently the game did not fare so well as after just 3 months they’ve turned off the servers and have removed the game from the App Store. Part of their reasoning for this is to focus entirely on their new sci-fi first-person shooter called Deadheads, which has officially gone into soft launch today. However, Deadheads has actually been in production for several years and already soft-launched under the slightly different name Deadheads: Infected back in the fall of 2015. That particular version of the game is no longer available, and this newly soft-launched Deadheads appears to use a different app ID.

But wait, there’s more! Cmune is also the developer of Bullet Rush, a 2014 multiplayer FPS that I enjoyed quite a bit back when it released that has also since been pulled from the App Store and had its servers shut down. Then there’s UberStrike, a 2012 multiplayer FPS from Cmune that has—you guessed it!–been pulled and shut down some time ago. There might be even more previously launched but since shut down first-person shooter games from Cmune that I’m not even aware of! Oh, and this is also the studio who is currently working on that Payday mobile game. 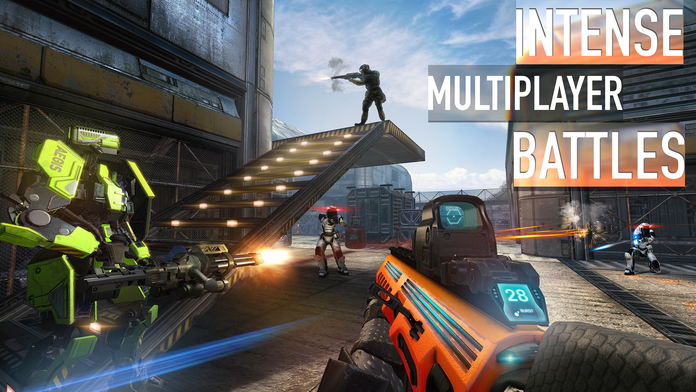 Anyway, while it’s commendable Cmune has been trying to bring competitive multiplayer FPS to mobile for so many years, I think it’s hard to get too heavily invested in any of their games if they’re so willing to drop them for something else, even after just a few months. I’m not sure how Deadheads will end up turning out or when it will officially launch, but after playing around with it for a bit it certainly has potential, and it’s certainly pretty to look at. If you’re curious to take it for a spin yourself, it’s available in the iOS and Android App Stores in Canada, Mexico, Brazil, Australia, New Zealand, Hong Kong, Singapore, and the Philippines and you can grab it with the links below. If you want to share your thoughts about it, the forum thread is right here. Let’s hope Deadheads is the Cmune shooter that sticks around for a while!