"Another CCG?" That’s pretty much the reaction I see every time I write about a new mobile CCG, and to a degree I understand why; CCGs seem to be one of the favorite genre of App Store developers. However, not all CCGs play the same or offer the same kind of experience, and Krosmaga (Free), the CCG from developer Ankama, definitely feels different enough from CCGs like Hearthstone (Free) and Shadowverse (Free) to warrant a closer look from those looking for a different kind of CCG. Krosmaga is still all about collecting cards, constructing decks, and playing the right card at the right time as you try to defeat your AI or human opponent, but there are very important differences, which I’ll talk about below. There’s plenty of fun to be had with Krosmaga and plenty of content to go through, but if you don’t like randomness in your card games and are looking for a card game all about skill, I suggest you look elsewhere. 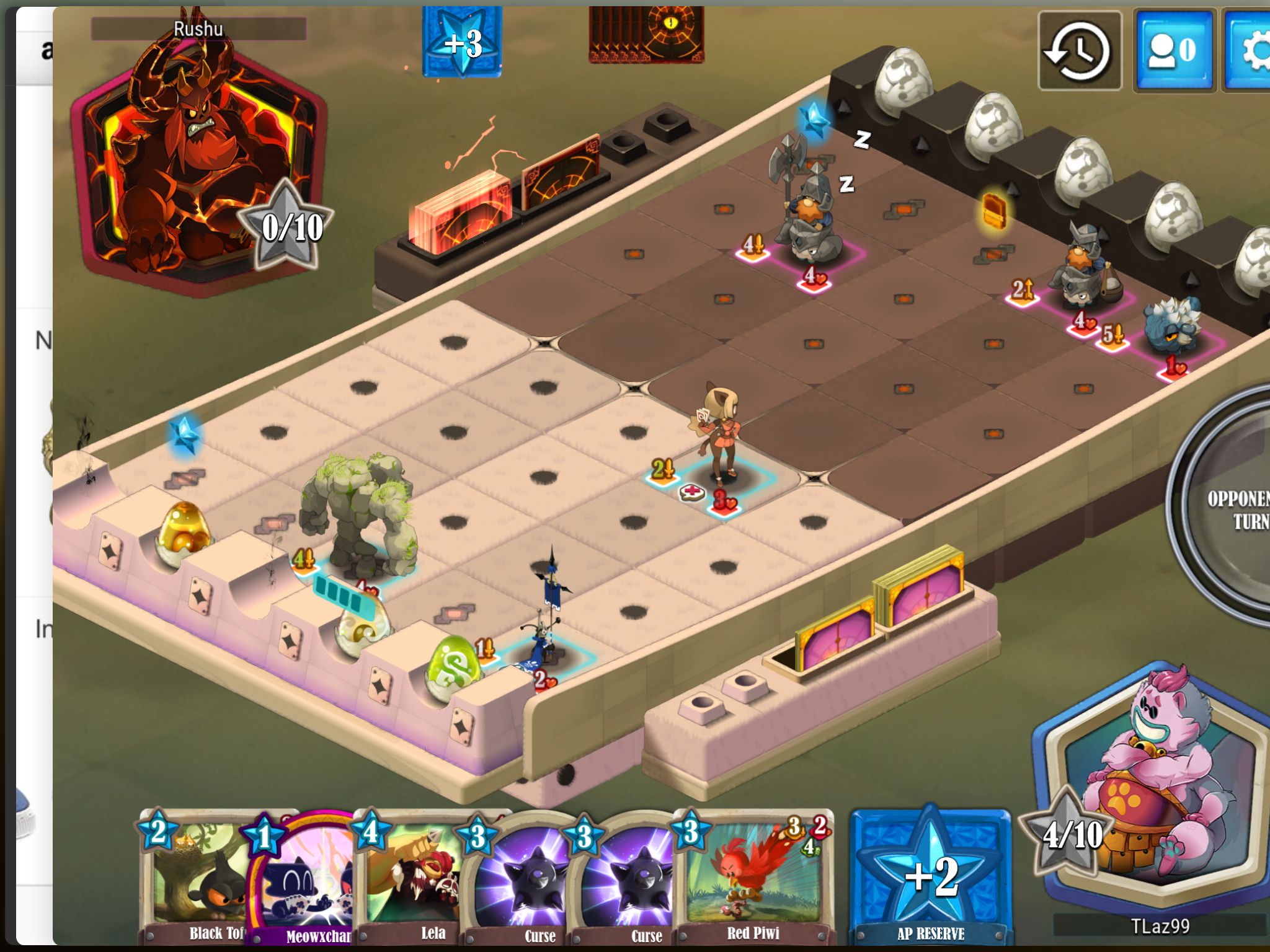 Krosmaga is a blend of a CCG and a Tower Defense/Attack game because it combines building a deck and playing cards with protecting and attacking towers, or Dofus on this case. The Krosmaga board is split in five lanes, and each of those lanes has one Dofus for your side and one for your opponent. The first player to destroy two Dofus wins. Each turn, you play a card and either summon a minion to the first block of one of your lanes or cast some kind of a spell. The interesting twist in Krosmaga is once you play a unit, you don’t really control it anymore; it will walk by itself according to its movement points, attack by itself, and defend itself. This gameplay wrinkle makes for a very different feel than a game like Duelyst because your positioning decisions are much more limited compared to other tactical card games.

The game lets you play as one of the many gods, or classes, each with its own dominant characteristics. There’s a class that gets stronger the more of your minions die, one that can spread seeds along the board that then transform into units, and so on. And, of course, there are neutral cards you can add to whatever god you pick to build your deck. Each deck consists of 45 cards, and you can have up to 3 copies of each card. Having 45-card decks allows for quite a bit of deck-building muscle flexing, once you figure out how to build a strong deck of course. 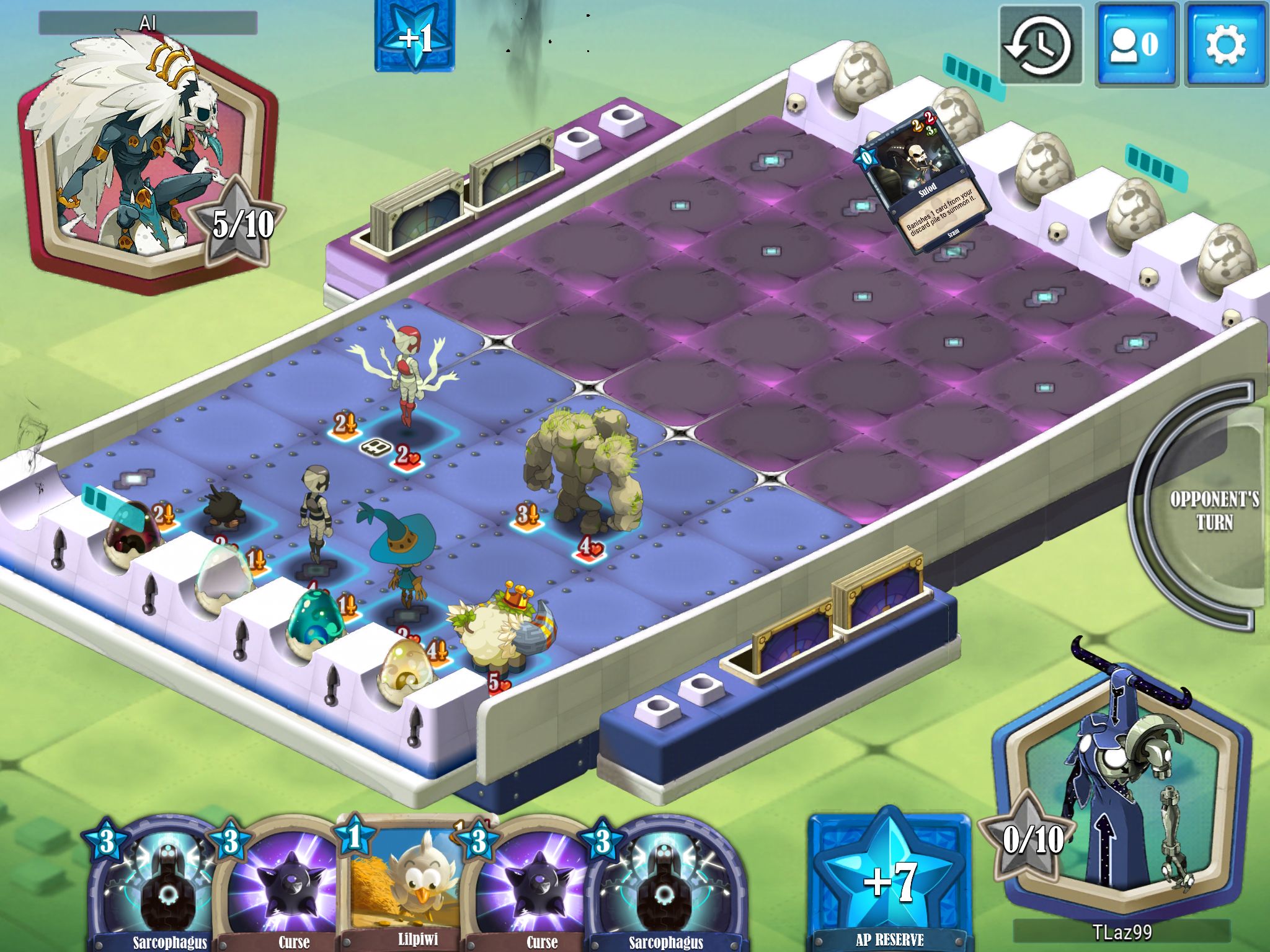 There are some fun ideas in Krosmaga that I quite enjoy. For instance, each opponent gets 2 fake Dofus (Dofi?) along with 3 real ones. The fake ones can make for some fun bluffing since you can defend a lane that’s safe for you because of the fake Dofus but do it just enough to make your opponent waste resources on it later on in the match. Also, various items appear on the first row of each side of the board, and those items can either let you draw a card, give you an extra AP, and so on. These items give your even more to think about when deciding where to play a unit.

The highlight of Krosmaga is, of course, its crazy cards. There are cards that jump over enemy units once they attack, cards that let you store that turns action points to be used later, cards that when killed force the opposing unit to switch to a random lane, and so on. The game also exists as a physical board game, and you’ll definitely see that from how many times you’ll see dice rolls and “1d6" mentioned. There are cards whose health can either be 3 or 6 depending on a dice roll, removal spells that return to your hand if you roll 3 or below, units that gain 1d6 attack when summoned, and so on.

As you can guess, there’s a lot of randomness in this game, and not the kind of randomness you can always control. Is that a bad thing? I would say no, as long as you know what you’re getting yourself into. I know many Hearthstone players constantly complain that randomness matters more than skill in that game, and I would say that Krosmaga often has the same issue. However, I see this game as a more casual CCG than Hearthstone and, to be honest, didn’t really mind its randomness. 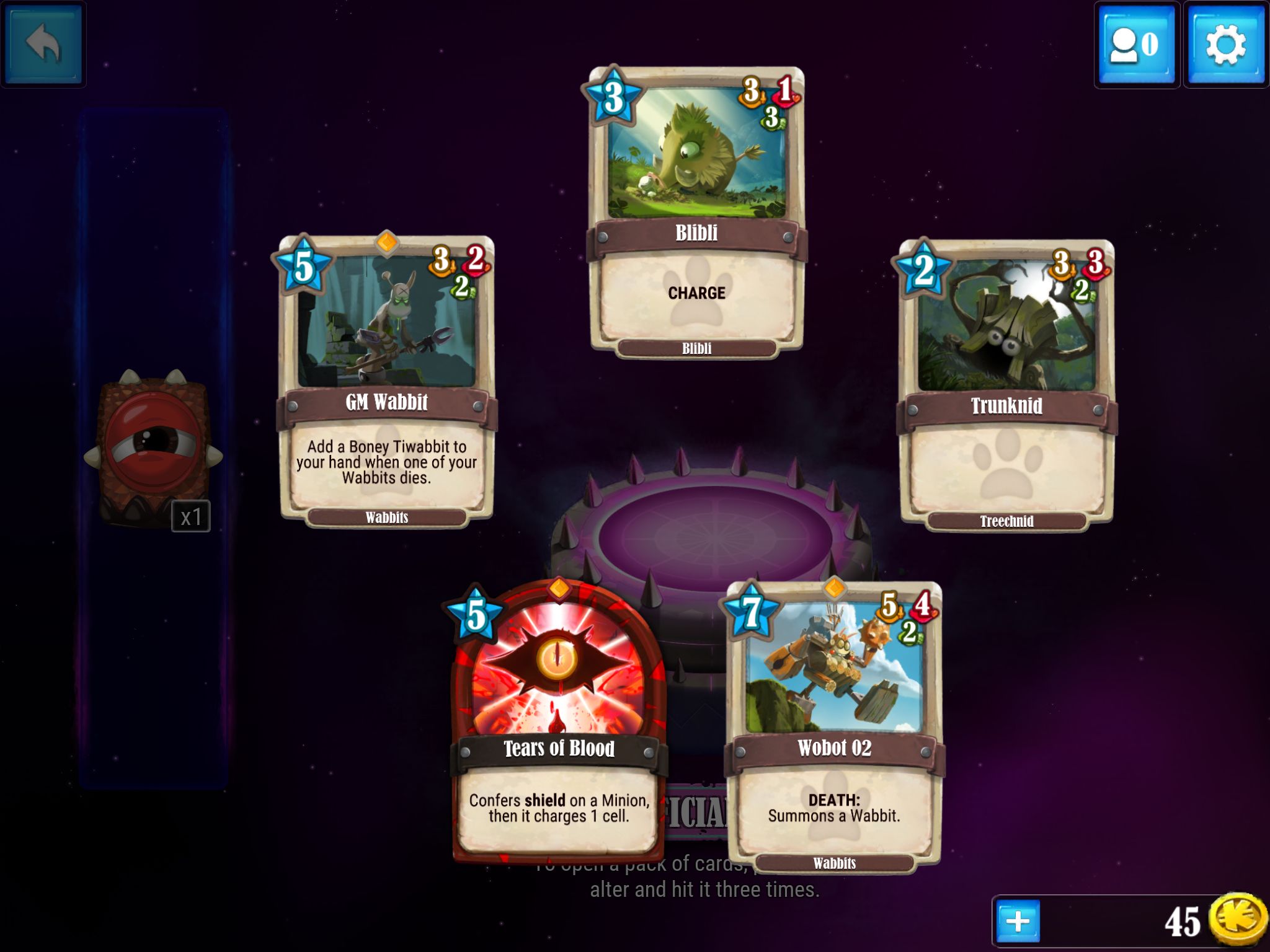 The one issue I had with the cards was that when a unit reaches all the way to your Dofus and starts attacking, the only good way to remove it is by using a removal spell because there’s no space to place your own unit. As a result, there were many moments when I had to sit there and spend two turns watching a unit take out my Dofus without the ability to counter it, which wasn’t that entertaining. Yes, you can try to block that unit from ever getting to that position in the first place, but the randomness of a lot of the removal cards doesn’t always make that possible.

In terms of modes, Krosmaga offers the usual CCG fare of Ranked and Unranked matches, but it also offers Dungeons, single-player Boss fights that are quite fun to play and reward you with cards. You can also buy those cards with gold if you can’t beat the Bosses, which is good for those players loaded with gold. And they’ve recently added a Draft mode, too. You won’t run out of things to do in Krosmaga, that’s for sure. 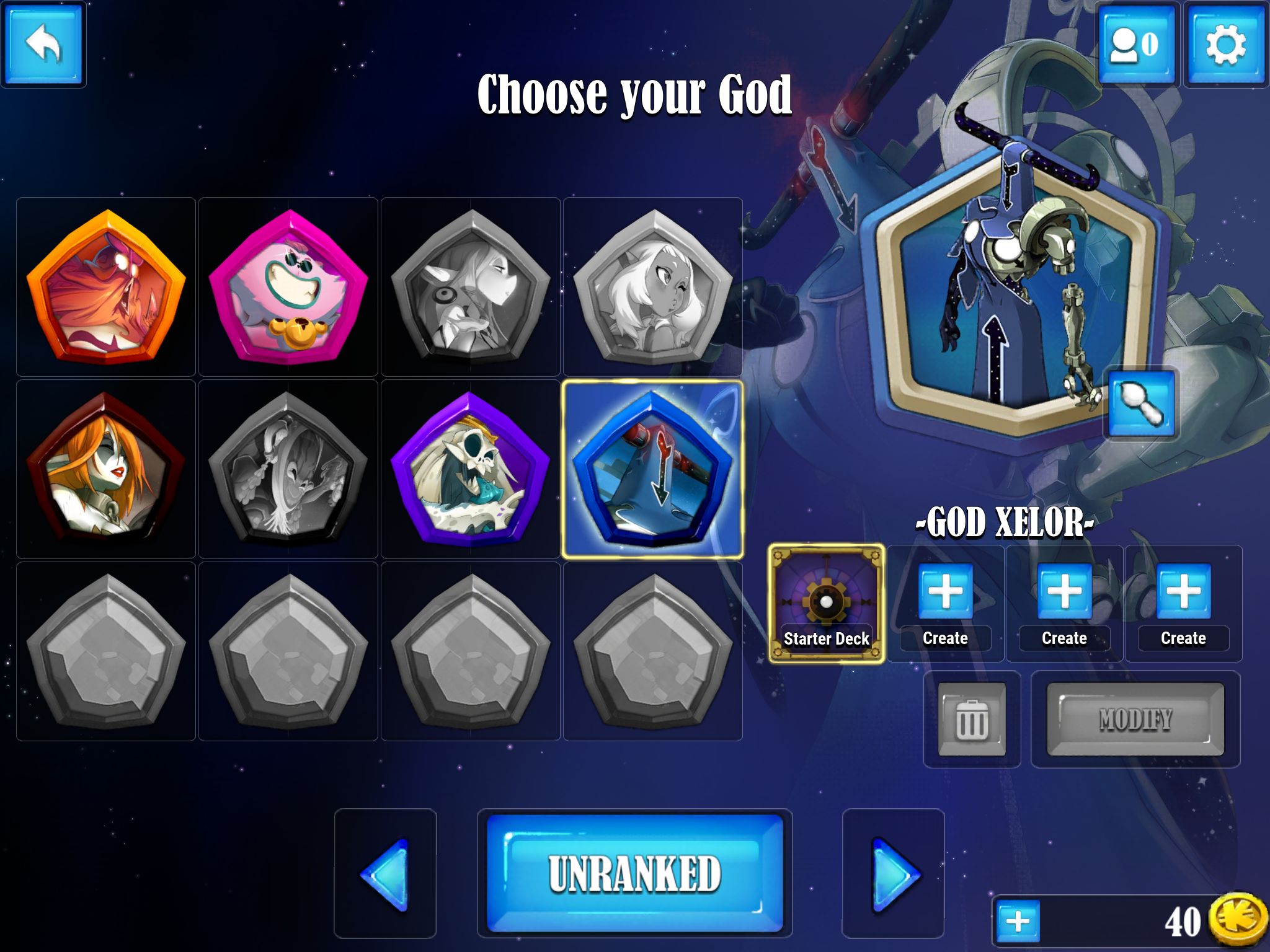 The game is, of course, free to play, with the kind of monetization found in most CCGs: you’ll earn coins for completing quests, you’ll use those coins to buy packs, you’ll improve your deck, and so on and so on. And, of course, you can break down any duplicates card and use the dust to create cards you’re missing. The prices are fair overall, but expect plenty of grinding if you don’t plan on spending real money.

So, is it worth spending time playing Krosmaga? If you’re looking for another CCG that plays differently than the likes of Hearthstone, I would say definitely give Krosmaga a try. Its mechanics will have you thinking in fresh ways compared to most other CCGs, and the fun art and card ideas will entertain as well. Krosmaga is pretty fun, and I think you should give it a try; just be prepared for all the randomness-created shenanigans.