Marvel’s Guardians of the Galaxy: The Telltale Series (or the series with the longest title ever) is almost upon us; Telltale announced today that Tangled Up in Blue, the first episode of its new series, will premiere on all platforms April 18th. Expect a brand new trailer to hit this Thursday, but in the meantime, Telltale gave us a couple of new screenshots that reveal one of the main baddies of the series, Thanos. If you’ve watched any of the many Marvel movies recently, you probably know that Thanos often makes an appearance after the credits roll, but it looks like the Telltale series will accelerate that conflict and give us a chance to take on Thanos.

Telltale is inviting players to analyze the two screenshots and come up with their theories on what what be going on in this series. I’m excited to get my hands on Guardians of the Galaxy, and I’m hoping Telltale has learned many lessons from the huge issues of the Batman series and will give us an iOS version that plays smoothly. Fingers crossed. 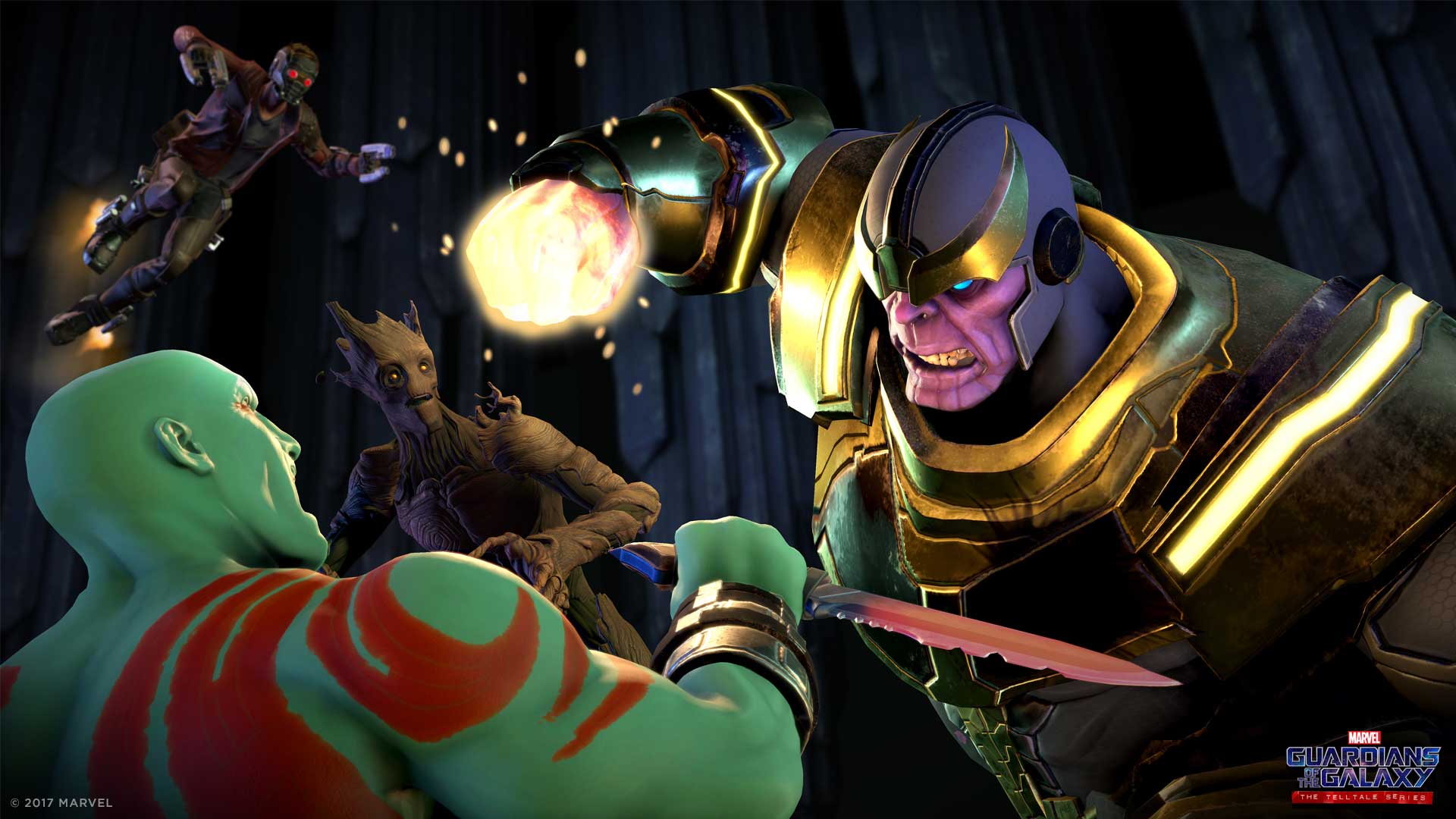