The Room series is one of the most prestigious and well-loved franchises on the App Store to date, as Fireproof Games’ meticulous and mysterious approach to the puzzle genre is perfectly suited to mobile devices, and puts an emphasis on premium, quality experiences that truly are one of a kind. While The Room 3 ($3.99) released back in 2015 to universal critical acclaim, Fireproof have been particularly quiet about their future projects and what they may be working on next. Thankfully, we have finally got an answer – the Guildford based developers today confirmed that their next game, titled The Room: Old Sins, is set to launch on mobile in late 2017. 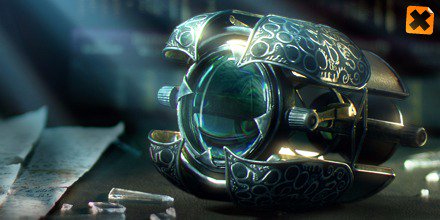 While there are very few details on this new entry in The Room franchise, it’s interesting to note that the typical numerical naming pattern has been dropped for the ‘Old Sins’ subtitle. It may be pure speculation, but such a change could signify a break from the previous The Room titles, and also potentially signal a deviation into something less representative of the compact puzzle action that the series is renowned for. Fireproof Games have also confirmed that The Room: Old Sins will be playable at the EGX Rezzed expo in London at the end of March, so even if you’re not lucky enough to go to the event, hopefully we get some more solid details within the coming weeks. Until then, be sure to head to our forum thread for more speculation and discussion on what you want from The Room: Old Sins.