Hello everyone and welcome to another Touchstone Tavern, Toucharcade’s weekly Hearthstone (Free) news roundup, and what a week we’ve just had. Blizzard finally revealed the Year of the Mammoth, which is what the next Standard rotation will be called, and all the changes we’re getting. We are getting cards moved from Standard to Wild, expansions getting a slight overhaul, Ladder changes, nerfs, and more. This is one of those weeks that will go down in Hearthstone history as the start of the game changing hopefully for the better. Most players seem happy with the announced changes, and it’s proof once more that the developers are listening to players’ complaints, even if they take their time with the changes. 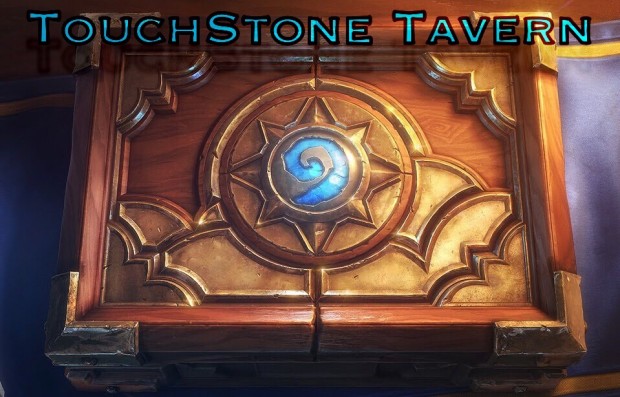 Blizzard Announces Year of the Mammoth

This story we published earlier this week describes all the upcoming changes we’re getting in the Year of the Mammoth. The story describes the move of six Classic cards – Azure Drake, Sylvanas Windrunner, Ragnaros the Firelord, Power Overwhelming, Ice Lance, and Conceal – to Wild and the way Blizzard will refund players in dust for this change. We also talk about the change in the expansions – which will incorporate adventure-like narrative – the addition of a new cosmetic Rogue hero – Maiev Shadowsong – and more, so check out the story here.

How to Get the Most Out of the Upcoming Nerfs

Blizzard will be giving away dust in return for shifting cards to the Hall of Fame, so here’s an article on how to get the most out of that trade. We tell you what you should be crafting and why, so if you like to get as much dust as possible, check the story here.

As you can guess from the title, the writer of this story feels that the latest “Mammoth" changes coming to the game serve to ease players’ worries while at the same time helping Blizzard’s bottom line. The writer agrees with most others who feel that the changes should help keep the game fresher for longer time. The change in the Classic cards is a good one, and the fact that Blizzard will give full Arcane Dust for those cards definitely helps keep players happy. At the same time, this is a good deal for Blizzard because it should encourage more players to play Wild. And if Wild does well, Blizzard should make more money because players will start buying cards from older sets as well.

When it comes to getting rid of Adventures, the writer believes that this is a positive move for the game because Adventures more often than not failed to add enough cards to change the meta sufficiently. Overall, the Year of the Mammoth could be a landmark for the game, so the community should be optimistic.

This was a week of announcements about the game, and this story – like many others – talks about some of them. The first are the Ranked Ladder Changes, with the introduction of rank floors, ranks that once reached, you won’t be able to drop back down no matter how many times you lose. These floors will be ranks 20, 15, 10, and 5. The floors should allow players to try more crazy decks without fearing a huge rank drop.

The second addition will be a new Hero portrait for Rogue players. Maiev Shadowson, a hero from WoW. In order to unlock her, you’ll have to win ten games in either Casual or Ranked play once the patch launches, so a much easier way to get her than some of the recent ones. Finally, before the expansion launches, we’ll get daily login rewards of dust, gold, and expansion packs. Check out more info here.

Year of the Mammoth Could Cure the Game

After pointing out that a stale meta can really kill a CCG – with Pirate Warrior as a prime example – the writer talks about how the Classic Hall of Fame will be a step in the right direction for the game. The Classic cards that will be departing were in pretty much every deck, which made the game predictable. Having those cards depart and adding three full expansions to the game this year will help diversify card sets and give us a more varied meta. Hopefully, the game will feel very different and will the meta will shift much more often.

In addition to all the other announcements this week, Blizzard also announced two nerfs that clearly target the most powerful decks in the current meta, Aggro Shaman and Pirate Warrior. Small Time Buccaneer’s Health has gone down to 1 from 2, which should make it easier to remove it from the board. The second nerf was an increase to Spirit Claws’ mana cost from 1 to 2. This change should slow down the card’s ability to curve out as efficiently as it used to. These changes – coming at the end of this month – should help nerf the two very popular decks, maybe.

When Blizzard nerfed a bunch of cards when Standard was introduced, many pros complained that they would have preferred to see those cards moved to Wild instead. Now that Blizzard is doing precisely that with the Hall of Fame, Ben Brode said that some of the cards that got nerfed – like Molten Giant – might be reversed to their original stats and moved to the Wild. That way, decks like Handlock might be revived in the Wild. These changes, though, won’t be coming prior to 2018. Check out the story here.

Expansion Philosophy Is Totally Changing in the Year of the Mammoth

This story is partly about the way Expansions will be changing with the next rotation. Instead of getting both expansions and adventures during the Year of the Mammoth, we are getting three expansions that will look slightly different than the ones we used to get. These expansions will incorporate the storytelling and missions part of adventures with the card pools of expansions. What that means is all cards from now on will come from packs, but there will be optional single-player missions and challenges in the expansion. In practice, it should look like the quests we got with Gadgetzan. This new approach will be present in the second expansion of Year of the Mammoth.

If you’ve been watching Hearthstone videos in the past, you might have seen videos of players trying to spot the lethal, trying to figure out how to finish an opponent in a single turn. This story is about those videos with emphasis on YouTuber ZeroMana, whose series focuses on both custom boards and actual situations from pros and streamers. The videos are very well made and the puzzles very challenging.

Kripp on Year of the Mammoth

Noxious Talks Year of the Mammoth

Trumptalk on Year of the Mammoth

Kibler Talks Year of the Mammoth

Hotform on Year of the Mammoth

Thijs’ Thoughts on Year of the Mammoth

Amaz Talks Year of the Mammoth

Gaara’s insights on Year of the Mammoth