I’ve been gaming for a very long time, but I can say without hesitation that I was late to the ZX Spectrum train. Given that it was an 8-bit computer released in the UK in 1983 that’s understandable, but strangely enough, various other bits of tech history that allowed me to experience it. My first ZX Spectrum game was Manic Miner on the now defunct Microsoft Zune, which drew me into a whole new world that I didn’t know know existed. Soon enough I was learning about the MSX and diving into a rabbit hole of gaming that I could never escape from. If you’ve ever wikipedia-ed something for hours on end until you end up wasting the entire day away, you know what I mean.

My thirst for gaming history was only compounded over time. As I started to break into games writing I met folks from all across the world that had their own system of choice, and my curiosity only grew from there. Now I’m considering buying a legacy piece of hardware and adding a ZX Spectrum of my own to my gaming collection. Retro preservation is a pretty understated issue in modern gaming, and Z-Exemplar ($0.99) only adds to that conversation. 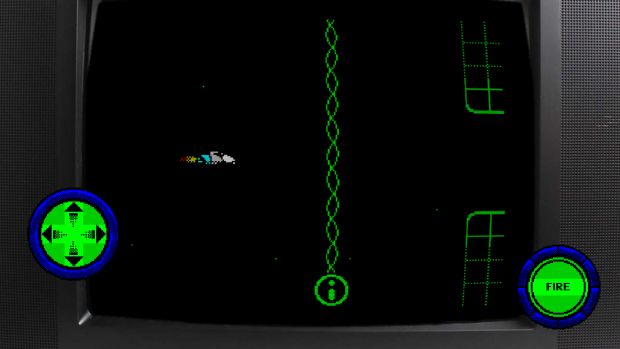 The folks over at Suminell Studios had a clear mission in mind with Z-Exemplar — recreate the old school feel of shooters like R-Type and Gradius, but stay true to the 8-bit aesthetic. I think they accomplished that and more, with an incredibly appealing pixelated style that doesn’t look quite like anything else on the market, or at the very least, the majority of retro-themed games that hit every recent platform known to man. Here they’ve created an easy to pickup shooter that solely relies on two inputs — movement and offense. The former faux analog stick moves around the screen at will, which is a nice effect that doesn’t take up much space on the playing field, and the latter doubles as a charge attack to spring power-ups.

Said power-ups mainly involve extra firepower or defensive options, usually in the form of additional modules, but they mix up the typical “shoot shoot kill kill" formula enough to keep you entertained as you, naturally, shoot more stuff. It also removes all the clutter and complexity of other shooters, where you’re constantly juggling multiple types of bombs or Contra-esque shots at will — a mechanic that can be imposing and alienating for some. 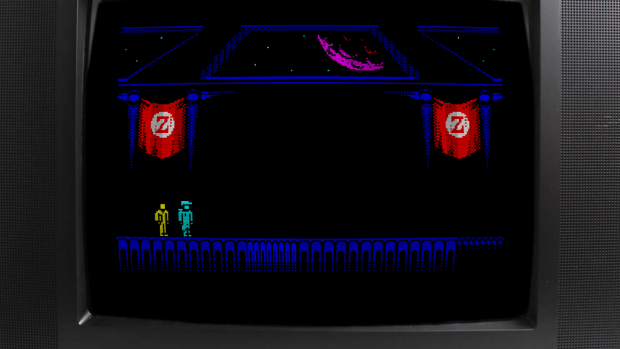 Z-Exemplar is a lengthy affair, and it’s broken up by 10 different themes and a silly narrative that has a bit of dry British humor to boot. The dialogue isn’t riveting in any sense but it’s enough to elicit some chuckles, and it’s better than if the team didn’t try at all, given that some attempt was made at world-building in this hostile galaxy that’s begging for you to conquer it. As you move on the planets (levels) get tougher and tougher, curving in a rather gentle manner that shouldn’t scare off people who didn’t spend their formative years playing Galaga at the local arcade.

Make no mistake, it does get hard, and some may even dub it unfair. But like a lot of arcade games you’re rewarded by trying more risky maneuvers, and some elements of predictability (like where enemies appear on-screen) are afoot as well. The point being it has the propensity to be frustrating, but that frustration melts away after you “figure out" that particular key to the lock that was plaguing you.

Leaderboards and a wide array of bosses and enemy types also keep you on your toes. The pay scheme deserves a specific shout out as well. For $3.99 you get everything, with no energy or IAP gates involved. It’s crazy to see games like this (that have a roughly 15 hour campaign) go for a couple of bucks now on a device you can carry around at all times, as similar shoot ’em ups used to go for full retail price and only last a fraction of that amount. It’s necessarily always better, just different. 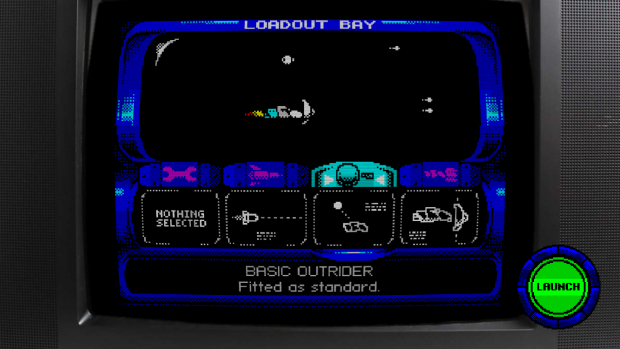 “Different" is the perfect way to sum up what Z-Exemplar offers. Whether you’ve been gaming up to and all the way through the 1983 crash or your first console was the Nintendo Wii, the thrill of blowing stuff up and gathering power-ups is universal. Shoot ’em ups have found a new home on mobile devices, and whether they’re slick new concepts that have particle effects and physics that are on par with high-end machines, or low-fi loving re-creations of the past, they’re worth checking out. Especially if they have a fair pricing scheme to sweeten the deal.