With an interesting mix between hero-centric MOBA gameplay combined with card battling mechanics from Clash Royale, Star Wars: Force Arena (Free) is a fairly unique hybrid on iOS. Even if you weren’t fan of Star Wars in general, there’s enough of a twist in terms of gameplay that it may be worth checking it out regardless. Of course, being a freemium title, there are plenty of the usual freemium systems in play to try and coax money out of players. We’ll discuss those, along with some specific gameplay guidance, in the hope of giving you a leg up on the competition.

A Best Offense Can Be a Good Defense – This tip is highly dependent on the competency of your opponent. Early, on you’ll probably encounter folks that dive head-first against a turret at the beginning of the battle. It’s fairly easy to counterattack this by waiting until they get within range of your turret. Once that happens, lay down some cards and immediately start counterattacking the hero. They should go down in seconds, after which you and your mobs can mop up and immediately advance on their turret. Due to the quick respawn timers of heroes, an early victory like this won’t necessarily guarantee a win, but it should definitely give you a head start. 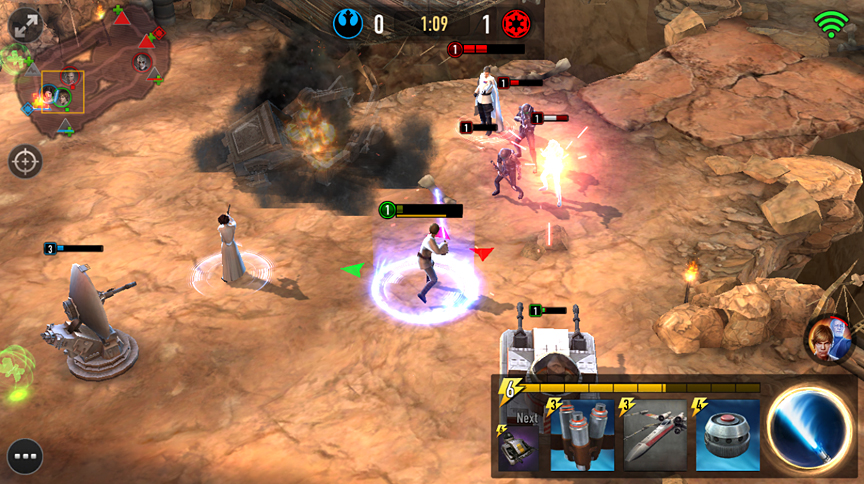 Learn When to Switch Lanes Strategically – As you come up against more advanced opponents, most won’t necessarily go gung-ho at the start of a match and will play the turtle defense as well. When this happens, be prepared to split your mobs across lanes and try to get them frantic. If they stay near one lane, to dispatch mobs, put a few down on the other and push that one. You may not be able to take it down, but you’ll do damage and eventually you’ll be able to whittle it down to destruction.

When being on the defensive, be prepared to put mobs down on to defend lanes that only have mobs. Unless you see the opposition hero there, then of course you should focus there as well. In general, you want to make sure that mobs are attacking mobs and heroes are attacking heroes. Once you can establish a stable defense like that, then you can make a decision to push using some of the other tips in this guide. 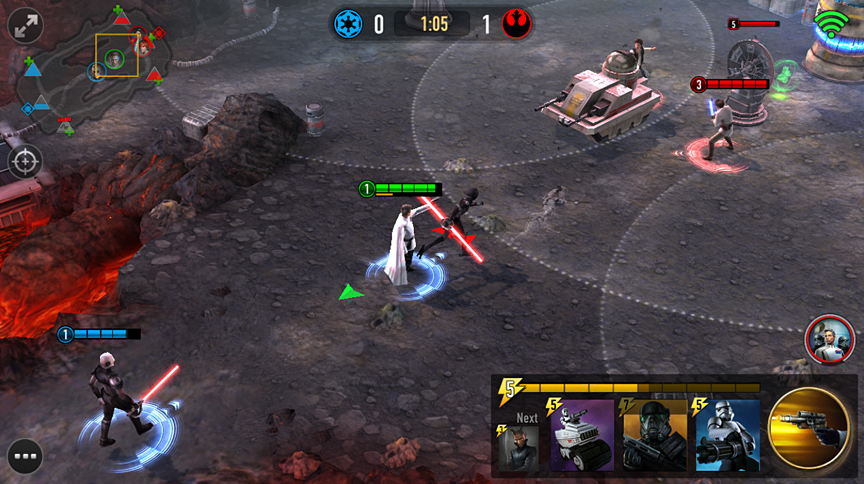 Positioning Is Key – This tip applies to both your hero and the mobs you place. When i comes to your hero, you want to make sure that you take advantage of their strengths and that you don’t  ever pit them head-on against a turret. For example, if you’re playing as Leia, you don’t want her next to strong melee opposition. Conversely Luke isn’t going to get much damage in if he’s getting pelted by blasters from afar. So, make sure you keep your hero positioned to cause as much damage as possible.

In terms of mobs, since Force Arena allows you to play mobs anywhere within your spawn zone (which expands after you take down opposing turrets), always make sure you place them in strategic spots. If you can launch some close quarter mobs around an opposing hero and surround them, do that. If you’re placing a sniper, make sure you place them somewhat far away from the action so they can do damage and stay alive. If you’re placing AoE damage mobs, put them near groups of enemies. Smart positioning can easily turn the tide of battle so it’s imperative to be able to think on your toes and know the optimal locations for placement. 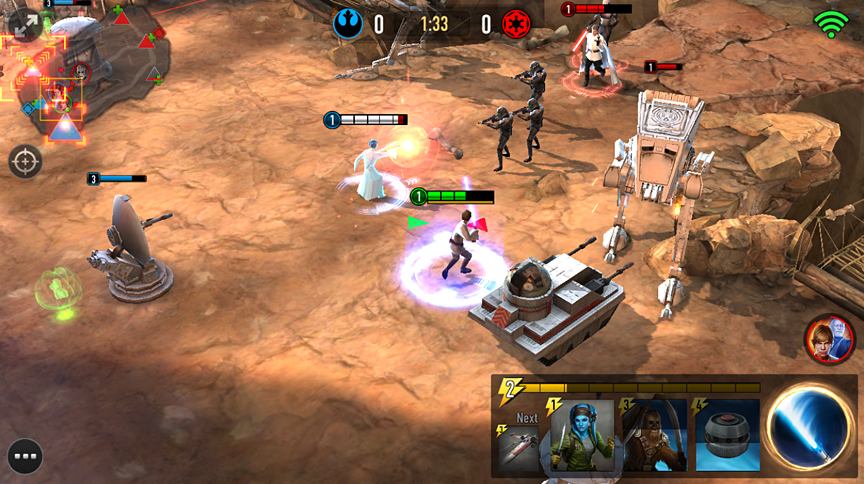 Finally, when you’re pushing a turret make sure you have mobs taking the hits for your hero so that way they can do damage without taking too many hits. It’s an obvious tip, but it’s important because your hero by far has the most damage potential so it’s important not to waste it.

Counter Types When You Can – Certain mobs have high health and take ranged hits better. Others are best at quick hits and can do decent damage to slow moving enemies. There are also mobs that are anti-infantry and others that are anti-turret. The reason I’m calling out the various mob types is because the most successful players will not only have a deck of varied mobs but will know when and where to place them on the map. Quick and efficient countering goes hand-in-hand with strategic positioning and will guarantee a great chance at success. 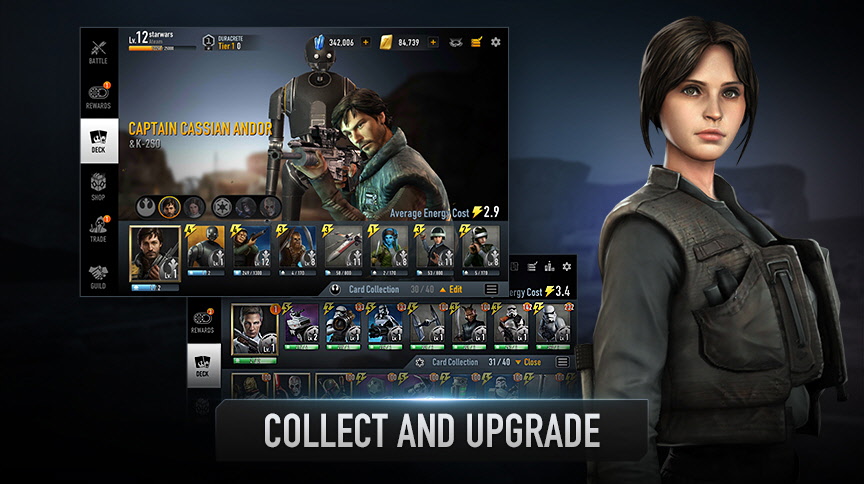 Sometimes It’s Better to Die and Respawn – Force Arena isn’t very big on hero regeneration, which means there are a lot of times that you’ll enter a battle and come out victorious but very weak. At this point, you need to decide whether or not it makes sense of your hero to run back to base and pick up some health replenishments or to soldier on commit suicide and respawn back with a full-health. Depending on the circumstances it may in fact be more advantageous to do the latter than the former.

Just remember that when your hero is fallen, not only is a major DPS down for your team, but you also can’t place cards. So, if you have full energy when you decide to kill yourself, you’re wasting a lot of potential energy. 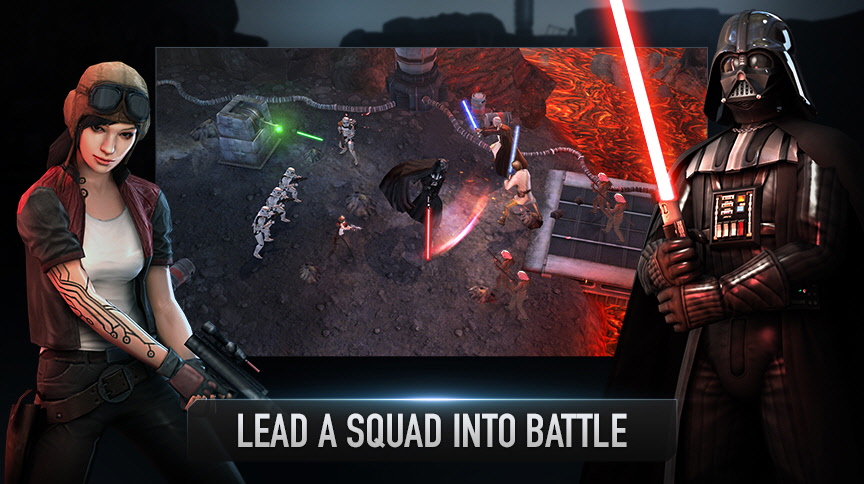 Don’t Let Energy and Hero Special Moves Go to Waste – Just like in Clash Royale, each mob you place onto the battlefield takes energy, which is constantly being filled up throughout the match (the rate of replenishment actually increases towards the end of a match). In addition, all heroes have a special move that is on cool down at the start of the match and can be activated at any time. While it sounds obvious, one of the underrated keys to success in Force Arena is making sure that you keep a close eye on both your energy and your special moves. In general, letting your energy fill up without putting mobs down is simply a waste. Similarly, there’s no reason why you shouldn’t be using your special move liberally if you’re in the middle of a battle. In terms of mob usage, even if you launch one down a lane you aren’t actively attacking can make a difference in the overall battle as it focuses the opposition to multi-task defense.

Keep Tabs on Your Free Card Packs – Star Wars: Force Arena provides daily free packs for players. In fact, you can actually accumulate up to three free packs at any time. Thus, it goes without saying that you should be checking into the game periodically (even if you don’t plan on playing) in order to check on your packs and open any that are waiting for you. The packs won’t typically be rewarding any particularly rare cards, but you’ll always get a small amount of currency and some common cards which can be used to level up. 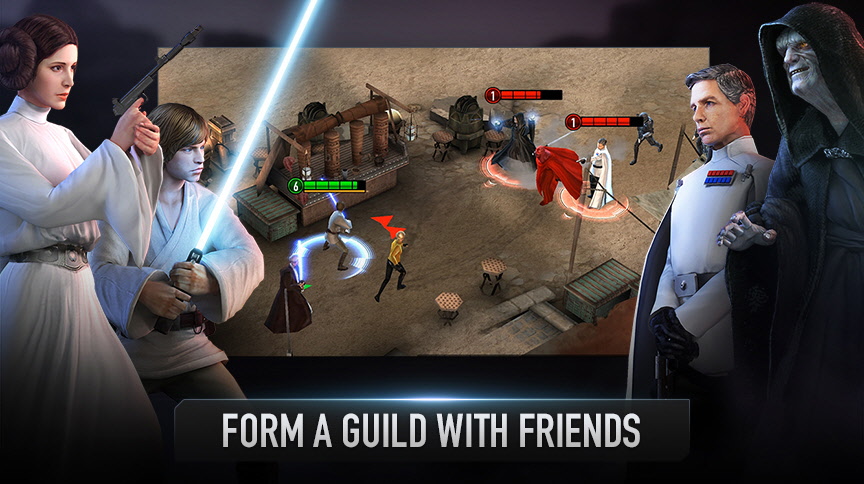 Manager the Timers On Your Packs – Winning a battle in Force Arena will always result in the award of a card pack. All packs, however, have a timer associated with them before they can be opened. In addition, players can only have one timer active at any time. Also, in addition to the free packs and the earned packs, there’s also a “Play Pack” that gets awarded and is instantly opened once you accumulate a certain amount of points playing any matches. Just like everything else, the Play Pack itself is on a respawn timer and you only start accumulating points for the next pack after that timer elapses.

With all those timers in mind, in order to be efficient in Force Arena, you will need to keep tabs on all your timers. Make sure you log into the game when your pack timer is up to open the next pack in your queue. Conversely, be aware of when your Play Pack timer resets so you can start playing again. The game does offer a “Premium Booster” that cuts timers in half (as well as gives you an extra slot to store a card pack) but it unfortunately costs real money and can’t be purchased even with premium currency.

Be Wary of Playing After a Full Deck – I basically alluded to this final tip in the previous paragraph, but it comes to accumulating and opening packs be advised that once you have a full pack queue, any new victories will result in wasted packs (since you won’t be able to store them). In addition, once you’ve hit your Play Pack for the day, any additional battles will not award points until that timer resets. Personally, I think Force Arena is enjoyable enough that battles are pretty fun regardless of whether or not you get rewards at the end, but I would highly recommend taking your time and making sure you actually have pack slots before playing.

Well, that about covers it. Star Wars: Force Arena is a pretty enjoyable freemium title and by following the above tips hopefully you’ll have greater success as well. Got any more tips to share? Share them on the forum page.