Back in November, mobile tacticians around the globe were delighted by the launch of classic strategy epic Rome: Total War ($9.99) marching down to the App Store. Despite being over twelve years old, The Creative Assembly’s take on the real-time tactical battles of the the Roman Republic (and a whole host of other accurately depicted armies from the time) still holds up incredibly well today, and Feral Interactive’s porting job managed to keep the intricate strategic commands working perfectly on the larger touch screen of the iPad. Fans of the series will undoubtedly rejoice in the fact that the developers are continuing to bring more entries in the series to the App Store, as today Feral have announced that Rome: Total War – Barbarian Invasion – the critically acclaimed first expansion pack for the original title – is set to launch as a standalone app on the iPad this March. 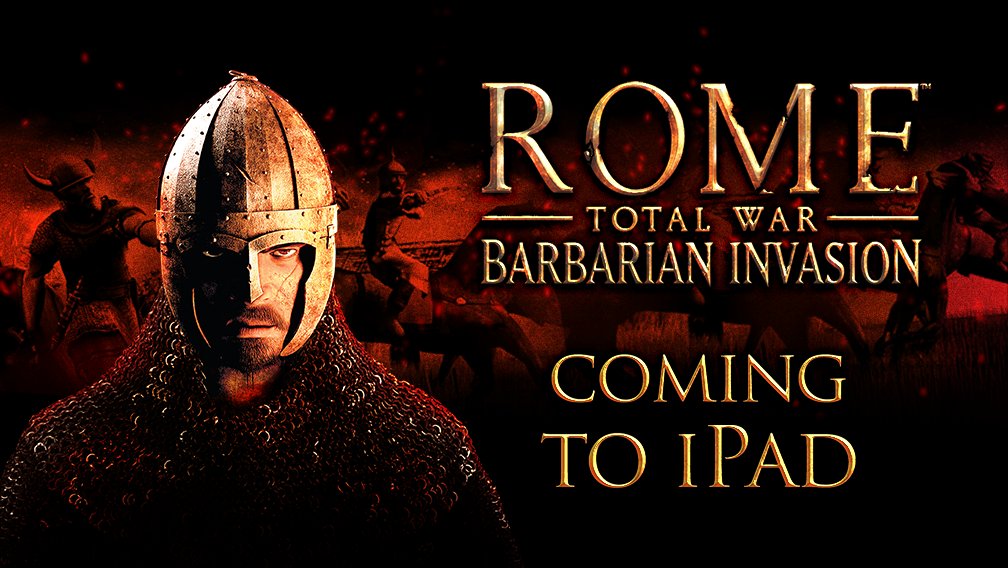 On the surface, you may expect the Barbarian Invasion expansion pack to merely be more of the same, but subtle differences based on the new time period of the setting create a vastly different experience that will cause veterans of the original Rome: Total War to have to rethink their strategies entirely. Barbarian Invasion takes place during the decline of the Roman Empire in the west, and so rather than being in control of an aggressively expanding empire, you now have to deal with a rapidly declining one, as you’re faced with major decisions and compromises in trying to keep your forces alive. Barbarian Invasion isn’t any old expansion pack either – it actually released as a standalone title on PC back in 2005, which explains Feral Interactive’s decision to launch the App Store port as its own game, apart from the original Rome: Total War. It’s great to see the iPad’s library of in-depth, strategic games expand even further, and Rome: Total War – Barbarian Attack has the potential to be the best yet. For more discussion, be sure to head down to the pre-release thread on our forums.