While Nintendo has been pretty open about the main reason for the online requirement of Super Mario Run (Free), the fact that it was put in to combat piracy doesn’t mean that it can’t be used for other things that are beneficial for the players. Many people are enjoying the Toad Rally, for one thing, and competing with the scores of your friends almost immediately after they’ve logged them is pretty cool. But these things could probably mostly be done without requiring an internet connection at all times. Today’s fun surprise, on the other hand, would be trickier to pull off. 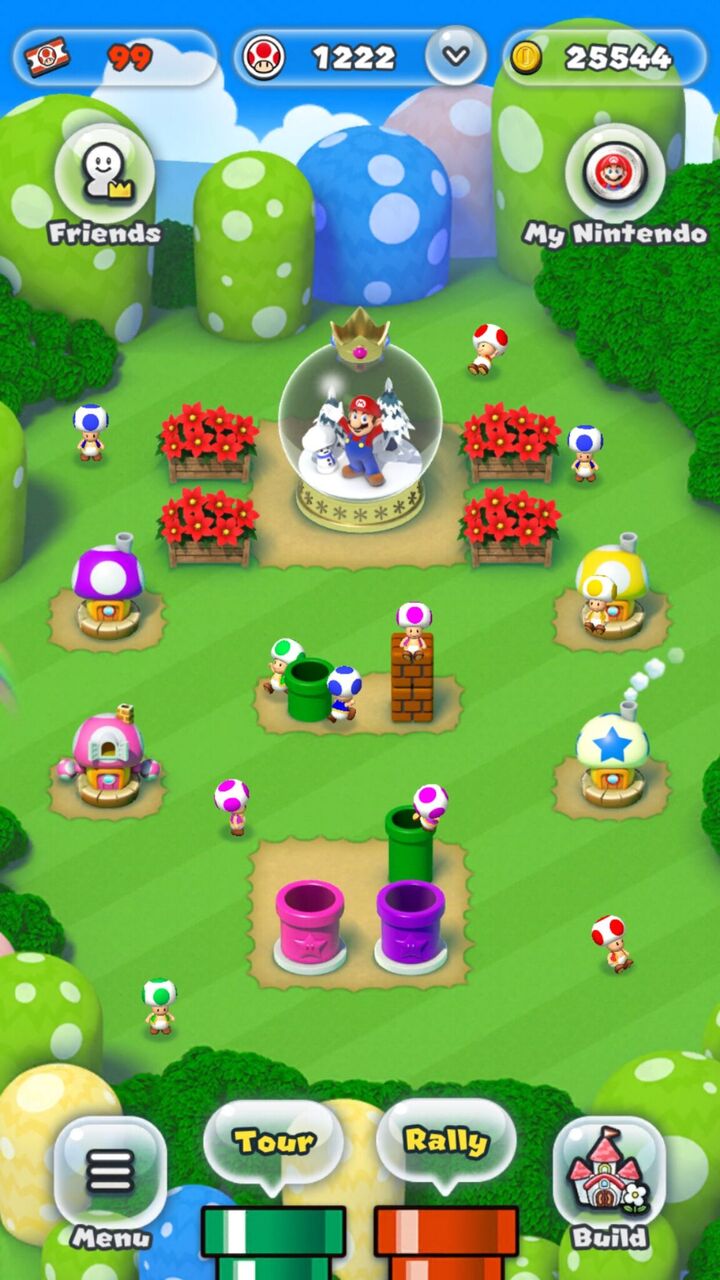 Essentially out of the blue, Super Mario Run has its first update. Don’t look for it in the App Store, however. Instead, Nintendo was able to push it directly through the app itself. What is it? What could this exciting event be? Well, it’s the addition of a few time-limited Christmas items that you can place in your kingdom. There’s a Christmas Tree, a Mario Snow Globe, and some poinsettia flowers. The tree and the globe are large items, so you’ll need to have one of your big spaces free. The poinsettias will fit in just about any decoration spot. There’s no obvious benefit to having these items in your kingdom, but they are quite pretty. I recommend putting the giant Mario Globe next to Luigi’s house. He’d love that.

Okay, this isn’t earth-shaking stuff, but it does show how Nintendo might put that constant connection to use in the future. It’s pretty neat to load up the game and get surprises like that, and little bonuses and limited items such as these are a good way to increase the game’s longevity. Maybe they could even push some special levels this way? I suppose time will tell, but for now, if you’re as flush with coins as I am, you’re probably just happy to have some stuff to spend them on.