Jimmy Fallon’s hands-on with Super Mario Run (Free) last night has officially ushered in the iOS season of the Nintendo mascot. A new report published today looks at how much money Super Mario Run is set to make in its first month and how it will compare with the other recent juggernaut, Pokemon GO. The game is expected to bring in more than $71 million in worldwide gross revenue during its first month, less than half of Pokemon GO and also less than Clash Royale. In terms of downloads, though, Super Mario Run is expected to double that of Pokemon GO during the first month. These are all projections of course and could be completely off, so we’ll have to wait for the numbers to drop. 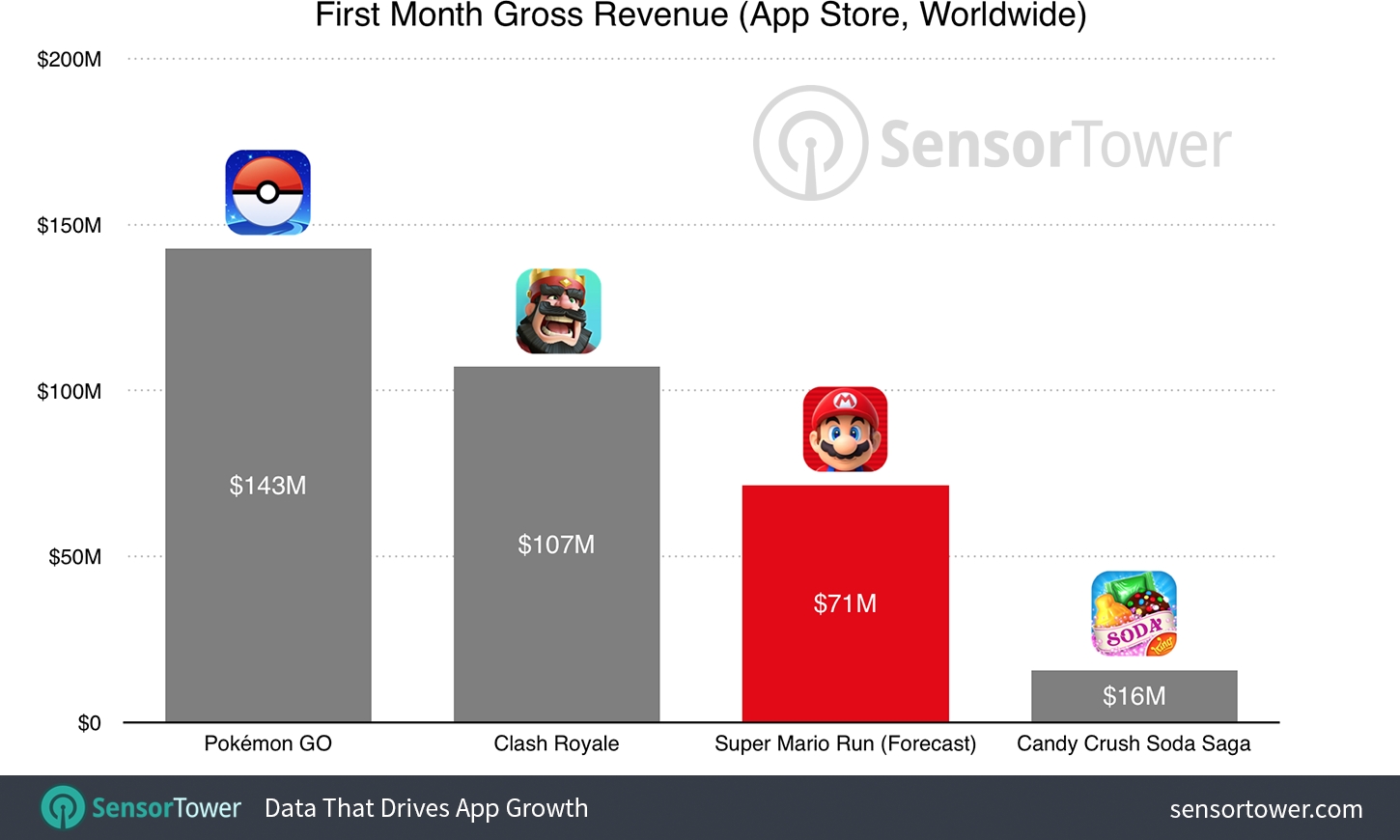 These numbers don’t necessarily translate into Super Mario Run being less successful than those two other games I mentioned; what they might show is how the difference in monetization will affect early – and maybe total – revenue. Super Mario Run is free to download and then $10 to unlock while the other two rely on IAPs. I can guarantee you that developers and publishers will watch Super Mario Run‘s revenue closely to see how that monetization system compares to a fully F2P game.