Hello, friends. Now, I know you’re mostly here for the latest in iOS news and reviews, with a side order of mobile in general. Indeed, I and the others at TouchArcade do our very best to provide you with all kinds of stuff to read about the world of mobile gaming. But what do we do when we’re not playing and reporting on the newest mobile games? Well, in my case, I do some writing for my personal site, Post Game Content. It’s basically where I put my writing that concerns non-mobile gaming. The Shadowy Consortium that rules with an iron fist from the penthouse floor of TouchArcade Towers felt that my most recent set of articles on Post Game Content might be of interest to our readers, so here we are.

It probably doesn’t surprise any regular readers that I love retro games in general, so Nintendo’s new Classic NES Mini has been quite exciting for me. As such, I’ve been doing a fun advent calendar-style look at each game included in the Mini line-up. Each day, I cover a different game, giving my opinion in brief along with some trivia and other data. Some of the games on the NES Mini can’t be found on its Japanese counterpart, the Famicom Mini, and where that occurs, I cover a game from each. New entries will appear every morning until December 24th. There are lots of other goodies on Post Game Content, too, so make sure to poke around a bit. You’ll find RPG Reload-style articles about NES Mega Man clones, reviews of non-mobile games, editorials about the industry at large, and more. Here’s a sample of one of the Nintendo Mini Advent Calendar pieces, covering Mario Bros.. 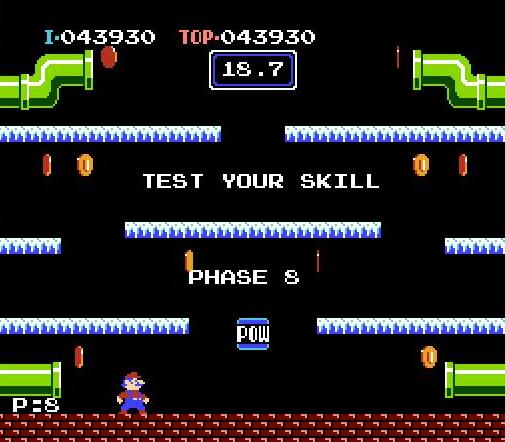 No. of Players: Up to 2 Players, Simultaneous

Mario Bros. doesn’t get much respect these days. It’s perhaps understandable, given what came after. On top of that, it’s a pretty repetitive game with some downright quirky physics. It offers less variety than Donkey Kong, and I think it’s certainly arguable that as a single-player game, it’s good rather than great. You really have to get into the score-chasing element, and some players aren’t into that kind of thing. Beyond that, you have to learn how to deal with the awkward movements of Mario. You don’t have long to do that, as the game starts throwing obstacles that will alter the physics even further before you’re too many stages in. It’s a tough game, and the rewards for success are minimal.

But you know what? I really like this game. There’s a real sense of mastery you can develop as you play, and although you’re doing more or less the same things in each stage, it feels more substantial than Donkey Kong. There are also a couple of important innovations in this game. Mario can no longer die from falling too far, the way he could in Donkey Kong. And let’s not forget the two-player mode that introduced the lovable Luigi, either. The sort of competitive cooperation involved in the multiplayer of Mario Bros. would end up making its way back into the Mario series years later, and you can see the blueprint for that here. It’s still quite a bit of fun to play with a second player even if you don’t care about scores. The NES version is an excellent port of the arcade game, too. Clunky and antiquated though it may be, I’ll always keep a light on for this game. 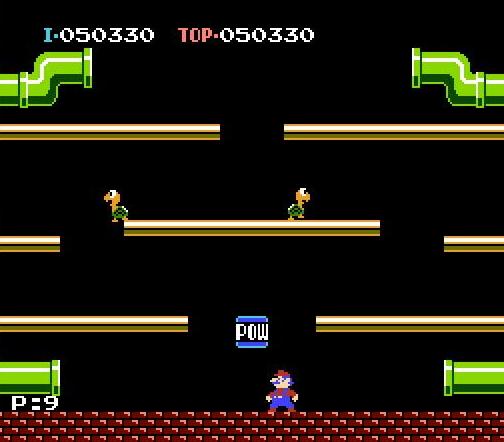 Play It Because: You want to have a friendly rivalry with a second player.

Bonus Trivia: Although it’s one of Nintendo’s more widely-ported titles, Mario Bros. only received one sequel that actually built on its mechanics: the Virtual Boy title Mario Clash. It’s one of my favorite Virtual Boy games!

If that was to your liking and you want to check out entries on the 37 other games found on the NES Classic Mini and the Famicom Classic Mini, you can head on over to the start of the series at Post Game Content and begin reading. If that wasn’t to your liking and you’re wondering what this is even doing on a mobile game site, well, do your pal Shaun a favor and look the other way just this once, okay? If nothing else, it’s a good reminder of Nintendo’s past as they take their next big steps into the future, one that will certainly involve mobile in some form.