Many Pokemon GO (Free) players have been asking for reasons to play the game more, and Niantic has responded. In a blog post today, Niantic has announced that Daily Bonuses are coming to the game, and I think that’s a feature that will get players back out and chasing Pokemon. Each day, trainers will be able to receive a bonus for certain activities, for instance catching a Pokemon, visiting a PokeStop, and so on. If you manage to do those dailies seven days in a row, you get an ever bigger bonus. In other words, Niantic is giving you a reason to go out every single day and hunt. 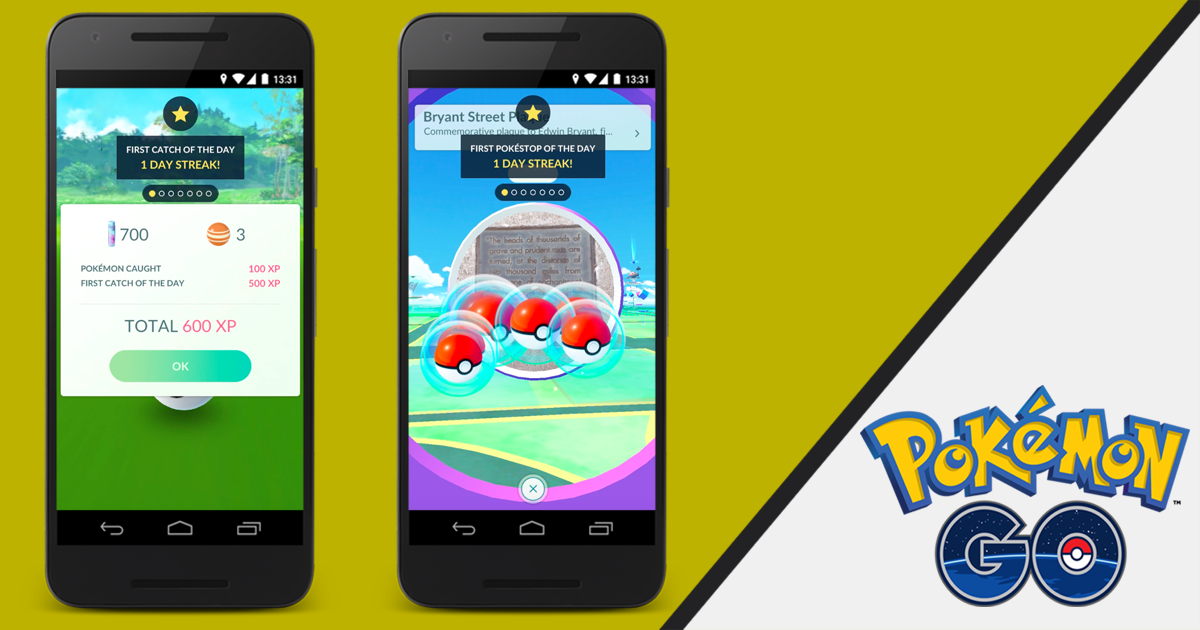 Catching a Pokemon will give you 500 XP and 600 Stardust, with the 7-day reward being 2000 XP and 2,400 Stardust. Visiting a PokeStop and spinning that Photo Disc will get you 500 XP and a number of other items, and if you do that for seven days in a row, you’ll get 2,000 XP and, well, even more additional items. What do you think about this addition? Will it be enough to get you out and playing again if you’re one of those who haven’t been hunting Pokemon recently?