Hipster Whale’s Crossy Road (Free) has just gotten another cool crossover, as Katamari Damacy characters are now playable in the game. Officially tying in with Tap My Katamari (Free), there are 7 new characters in total to play as. One is the Crossy Chicken dressed up as the Prince of All Cosmos, and the other is the Prince himself, rolling around his Katamari. And yes, as he picks up more objects, the Katamari gets bigger and bigger. These two characters are available as a free download (registered through the Apple IAP system on iOS, so you permanently own them), with the others unlocked as you play. You can unlock the King of All Cosmos, who shoots rainbows. What’s not to love? 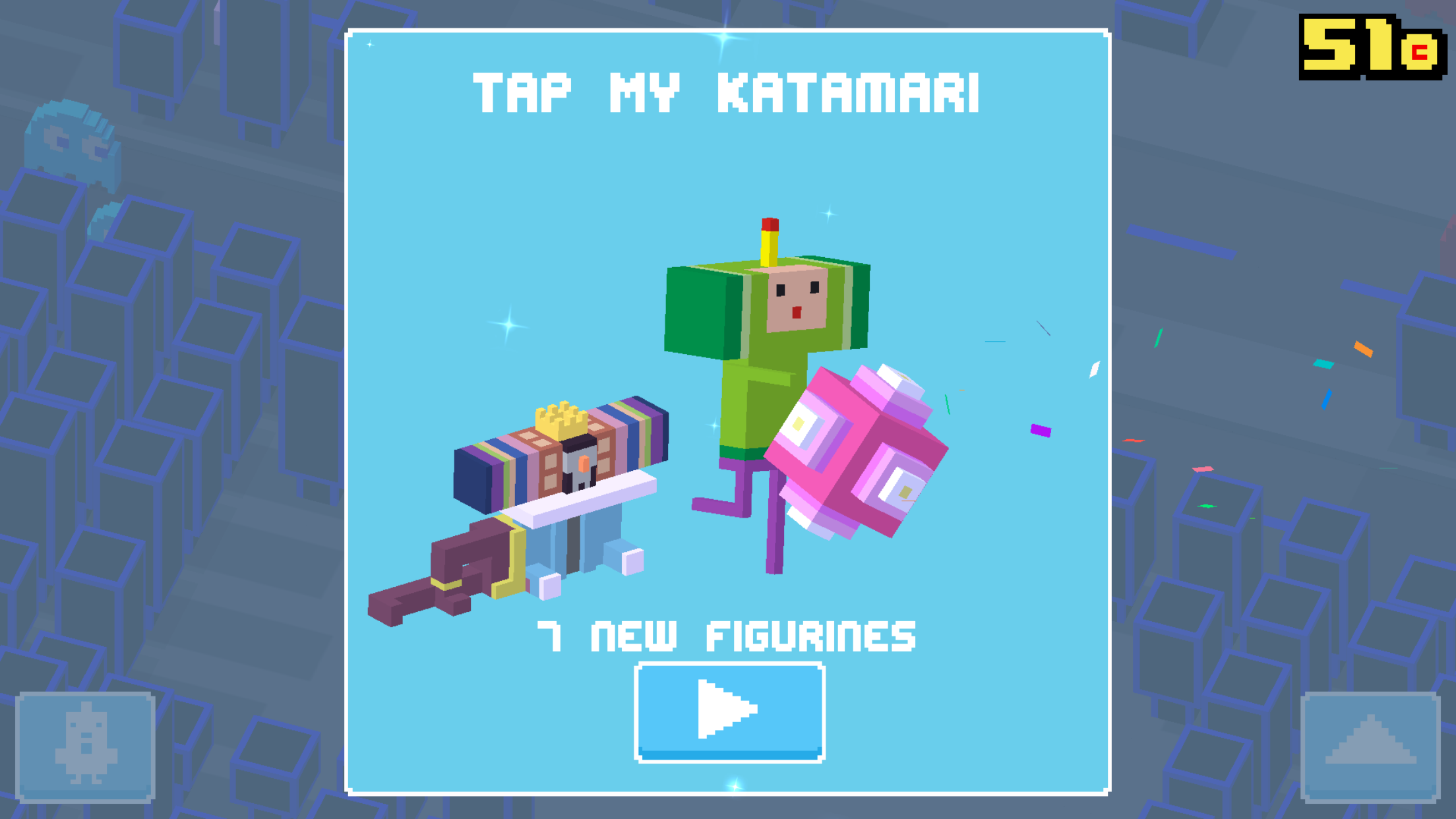 The update is only out on iOS for now, the Android version has yet to get the Katamari Damacy content as of publication. Additionally, the Crossy Chicken in Prince outfit is now in Tap My Katamari, along with some new characters and items.