After sending us a postcard from Gadgetzan yesterday, Blizzard continued teasing us today about the next Hearthstone (Free) expansion with the cover of The Gadgetzan Gazette, which has all kind of interesting tidbits and, possibly, red herrings. The main headline of “City Builds First Unbreakable Bank" has got everyone talking about a heist-themed expansion and more than a few saying that this whole thing sounds more like an Adventure than an expansion so far. Below that headline is an ad for Gadgetzan Emporium, selling armor, ropes, mana crystals, tools, weapons, mechs, and so on. As you can imagine, most players believe that those are all hints about what the new expansion might bring to the table. 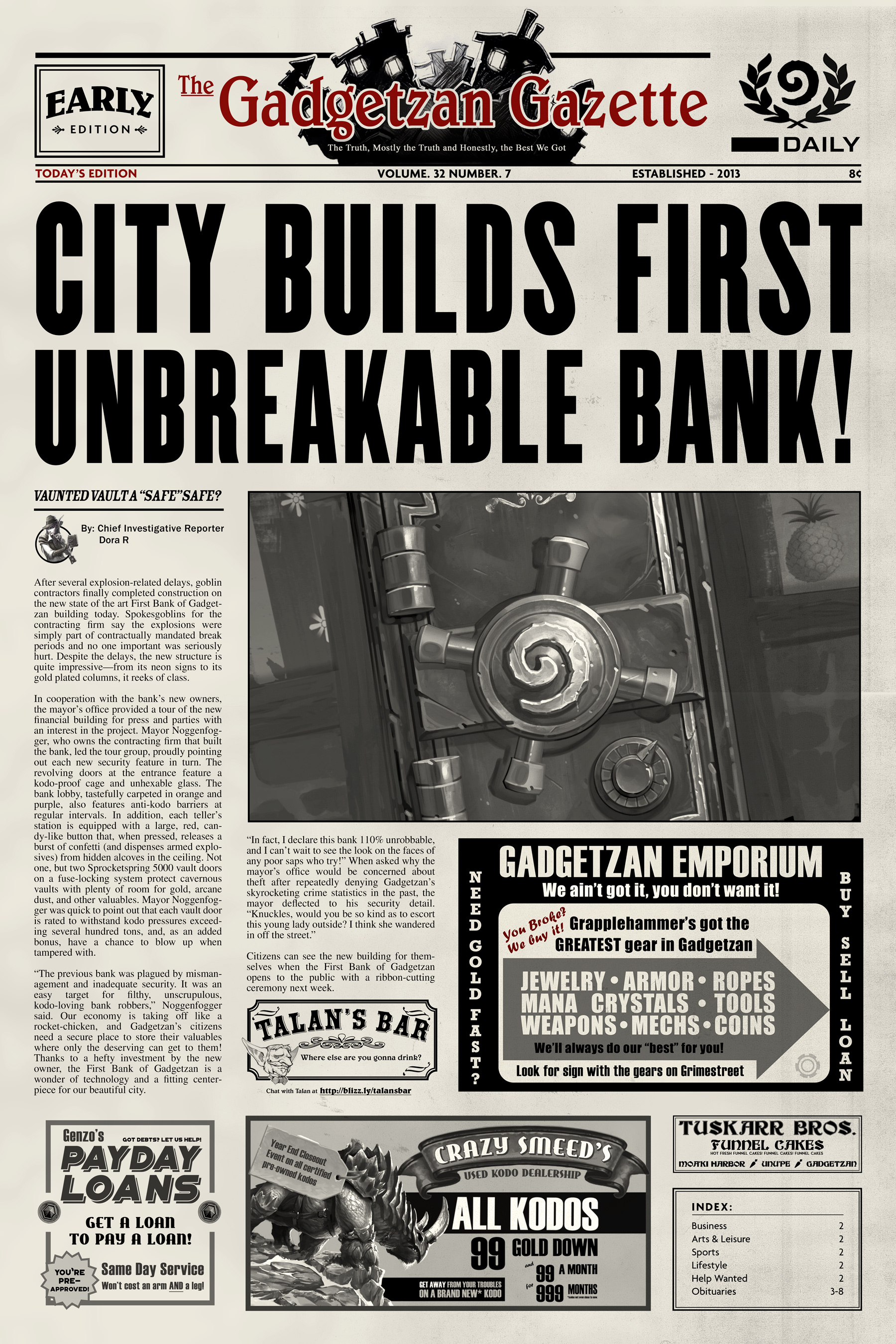 There’s also a lot of talk about loans and whether that could be a new keyword. What seems to be apparent is that even though we are getting Goblins in some form or another, there seems to be a clear distinction between this expansion and GvG. At the same time, there are some reasonable questions regarding this theme: for all we know, this might just be the Heroic Brawl theme. I guess we’ll have to wait a bit more to find out exactly what’s going on.