There’s very little that’s more satisfying than an easy to grasp game. If it has shooting elements, great, it probably appeals to the little destroyer in us all. That’s precisely why so many have flocked to Downwell ($2.99), as it has that “one more run" type of feel combined with a loveable art style and simple control scheme. It’s something that you can just pick up and play, preferably on a convenient device like a smartphone, and just go to town with, for minutes or hours at a time. Spingun (Free) might not be as epic as some of those types of games, but it definitely has that feel.

It can’t be said that Spingun lacks a simple (and surprisingly dire) premise. An entity known as “Goliath" is attacking your planet, and you’ve opted to stay behind to fight it while your family evacuates. What ensues is essentially an arcadey score attack game that involves a Space Invaders-esque ship and faceless, shaped enemies, but I appreciate the commitment to some sort of story. Most arcade-likes just throw you into a void without any context, and there’s potential to explore this world that creator Andrew Armstrong has crafted in the future. At least, on a tertiary level. Although some folks are probably sick of the retro aesthetic by now, I dig the designs of both the ship itself and the enemies, as well as the array of colors it employs. Plus, the soundtrack is basically a digitized Lady Gaga album. 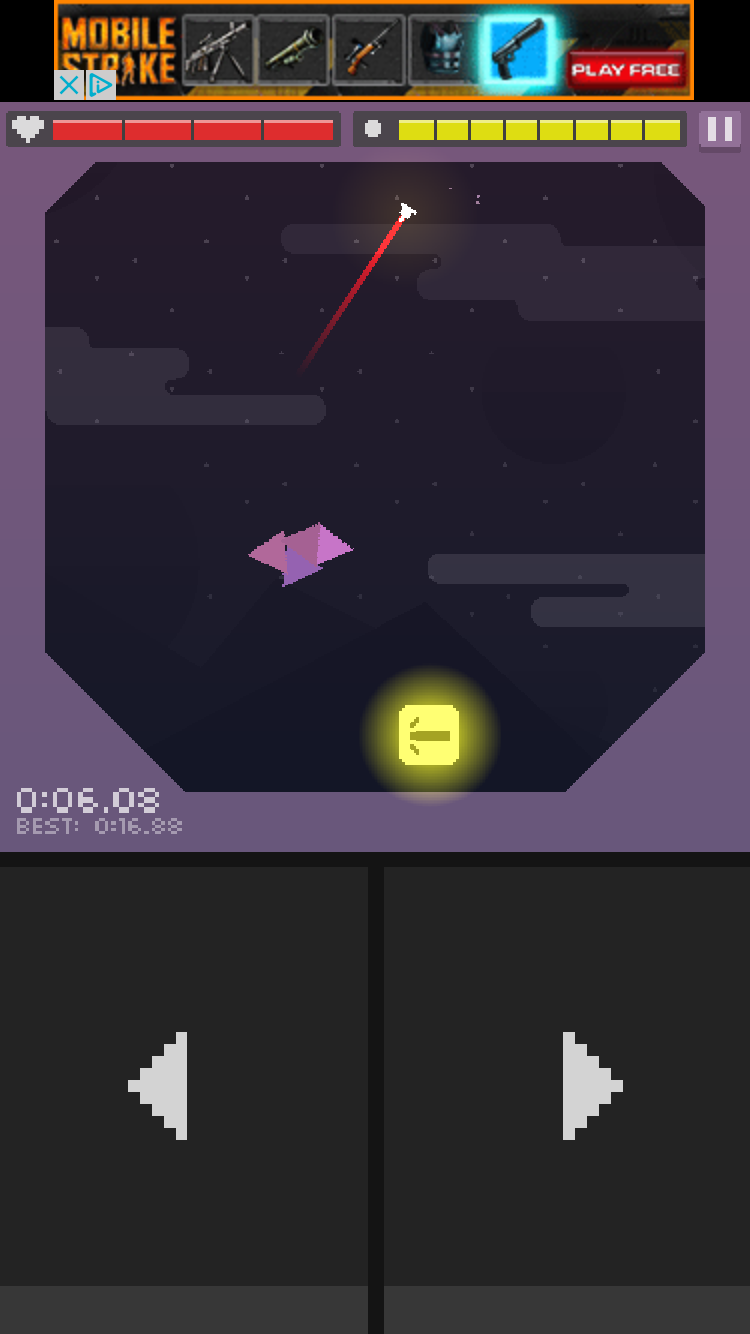 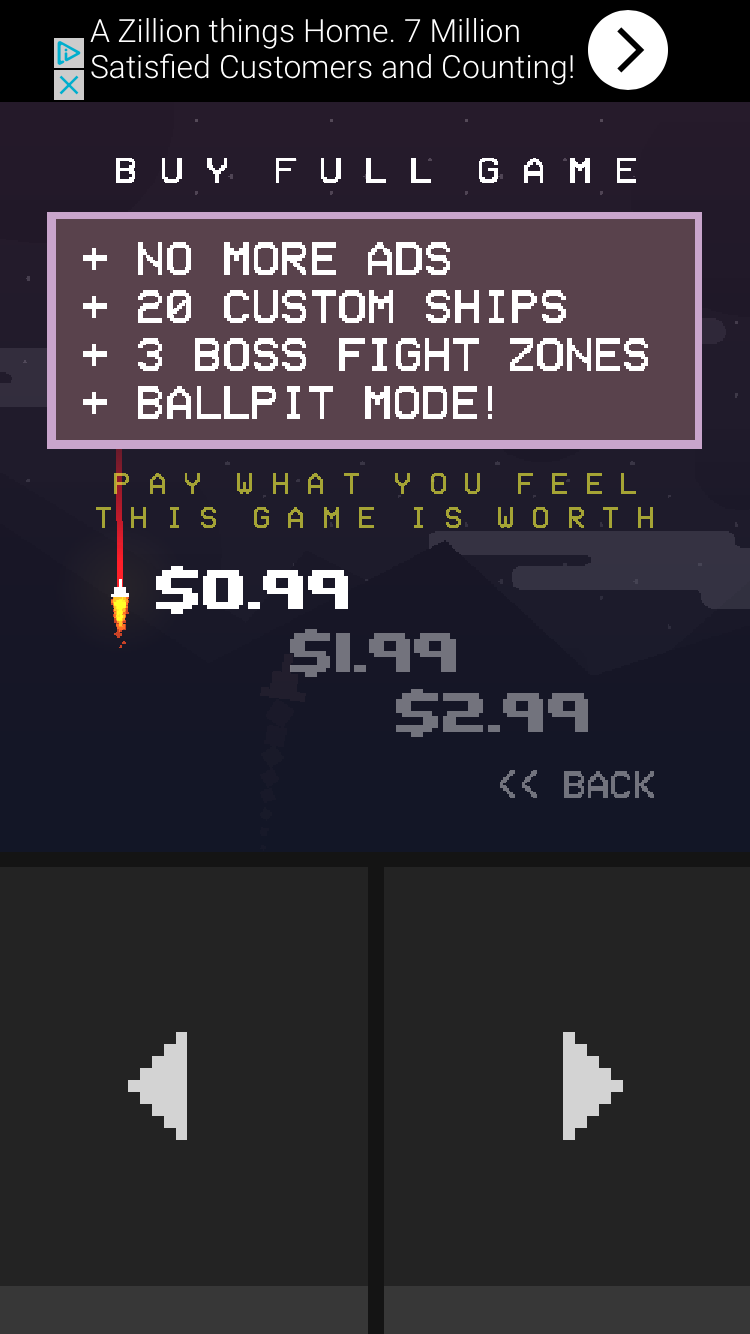 It also sports the “press the virtual button in this general area" type of control scheme, and you can tap somewhere in the bottom left of the screen to boost left, the bottom right to boost right, and pressing both will shoot. It’s unwieldy at first, especially if there’s a decent number of enemies on-screen, but after around 15 minutes I had acclimated to the idea of boosting and canceling to lay down fire, and then boosting out to safety. Power-ups add a little bit of nuance into the mix, but are generally just more powerful types of ammo and not anything that alters the formula outside of its comfort zone.

No, Spingun can really be described as what amounts to a “chill game." The difficulty level is somewhere comfortably over “relaxing," as you can take multiple shots before your ship goes down and you deal a decent amount of damage to enemies. And the same concept applies to bosses, which, while formidable, can be handled with a quick study of their mechanics and patience. It might take a while to get a top score or top the charts consistently, but again, this isn’t something where you’re going to be zoning into and getting destroyed in seconds.

Spingun‘s unlocks seem a little complicated at first, but in essence they rely on spending a little bit of IAP ($0.99, $1.99, or $2.99) to figure out. There’s the obvious endless mode that any mobile shooter can’t live without, which is free with the base game for you to run as often as you’d like (albeit with ads running at the top). Then there’s an additional mode that operates more like a traditional wave-based gametype, which opens if you reach a certain point in endless. The boss fight mode (one of my favorites) is locked until you purchase the full game, as is the “Ball Pit" diversion that’s basically just an extended practice round (which Spingun also has).

Thankfully, any purchase tier will net you the full experience, sans ads and with every mode in tow. So what’s the point of even having tiers? Well, it’s basically a “pay what you want" scheme, something that’s sorely missed in the current iOS marketplace. You still need to unlock “Zones" by way of playing endless in-game, but everything else, including custom cosmetic ships, is granted by the IAP. There’s no “boosts" or energy involved, you’re actually buying the full enchilada. Bravo.

Although the appeal of its endless mode probably won’t last for a lot of you out there, Spingun has a great premise, a cute bit of in-game lore, and mobile-centric controls that all really come together. I had a blast learning how to control its crazy little ship, and a new game that added a story mode feels like a natural evolution of a formula that already works.