It seems that Apple was right to think that bringing sticker packs to the Messages app would prove popular, and now more and more developers are jumping on the bandwagon in an attempt to further engage their player bases and, of course, as advertisement for their games. The mobile MOBA Vainglory is the most recent one to join the party with its release of Vainglory Stickers ($0.99). These stickers bring many of the game’s heroes to your Messages app to – ideally – help with your pre-game planning. Or, more realistically, to be used to mock those friends you just smashed in Vainglory. Either way, if you like the game, you’ll probably want to pick these stickers up. 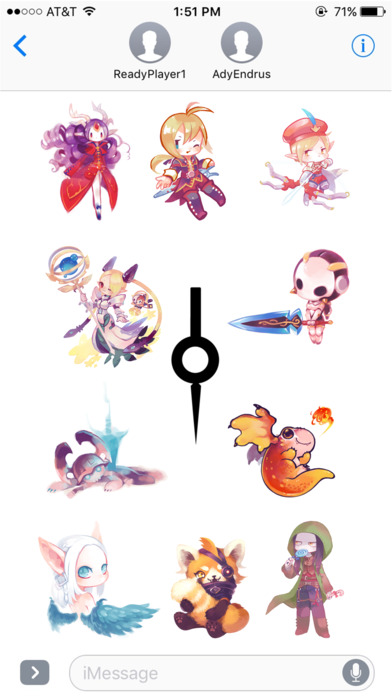 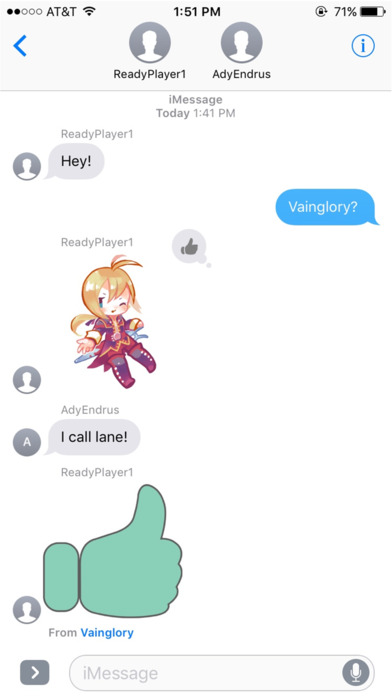 It’s fair to say that Apple is probably quite happy with the reception of the new stickers feature in the Messages app since it should help bring more people into the Apple ecosystem, especially those who’ve been using a bunch of other messaging apps to communicate. Let’s see how many other developers will come out with sticker apps and whether game-related stickers are a passing fad or are here to stay.