We all know that Candy Crush Saga (Free) has been a huge success, but it’s sometimes hard to put in numbers how big a game actually is. So, to celebrate the one trillion Candy Crush Saga games played, King has put in numbers just how big this game has been since it launched a few years back. One trillion games translates to every person in the world playing approximately 140 times. That’s a lot of games played. If you add together the daily distance swiped by mobile players, it comes up to 140 thousand times the height of the tallest building in the world. And on average, 18 billion game rounds are being played every month, which again is a mind-blowing number if you try to wrap your head around it. 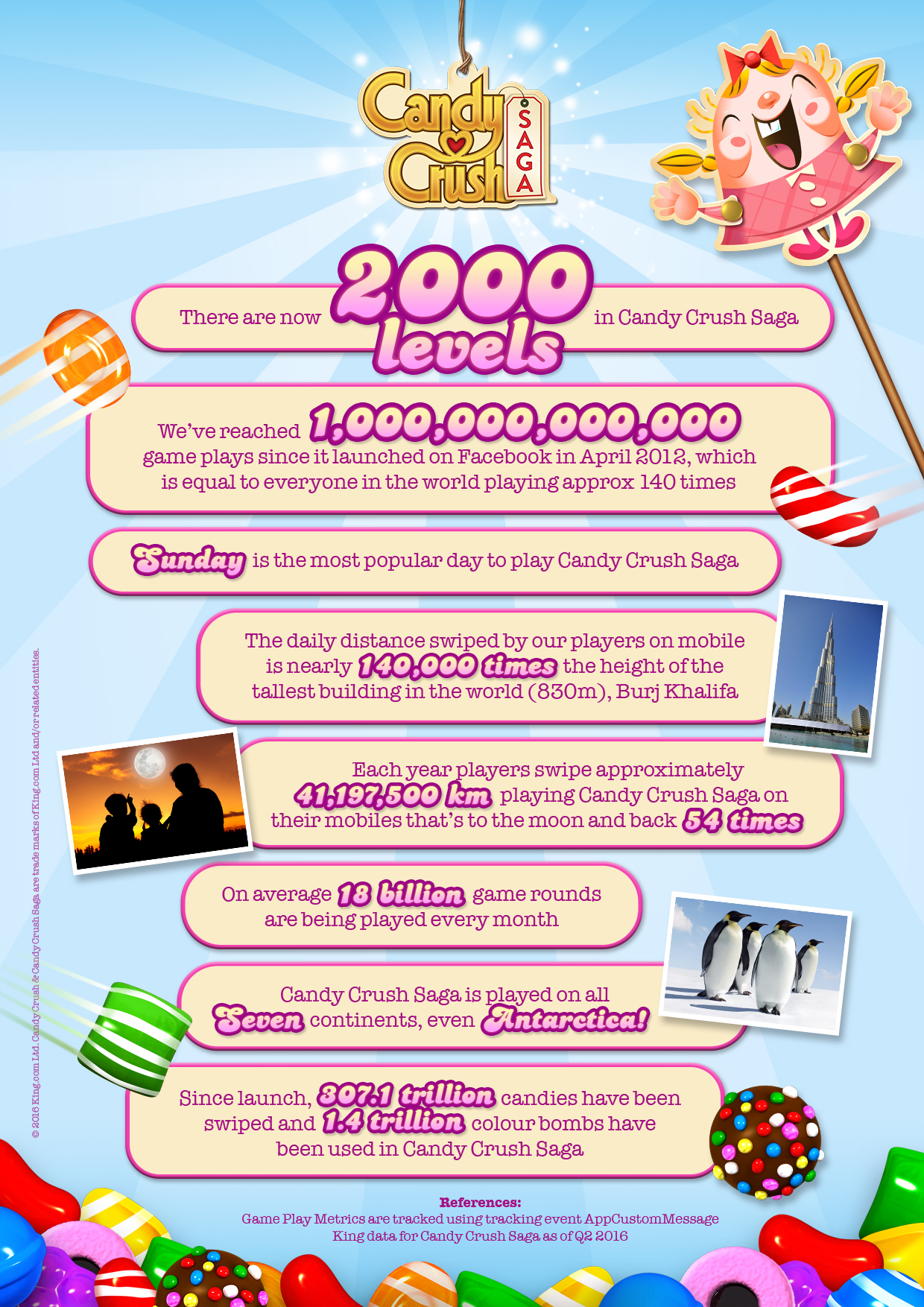 In celebration of the 1 trillion milestone, Candy Crush Saga is getting Level 2000, which can be accessed by anyone who beat the previous 1,999 levels but also anyone who has reached Level 10, but it’s only going to be available to the latter for one week. Pretty fun for all those playing the game, and a way for Candy Crush Saga devs to remind everyone that despite the popularity of games like Pokemon GO, Candy Crush Saga is still a huge mobile game.