There’s no shortage of classic CRPG-style games on the App Store, nor is there a lack of Diablo-style ARPGs. Ok, so there’s not a TON of either, but there’s some good options. The Baldur’s Gate series or Icewind Dale scratch the itch for the former, and games like Titan Quest scratch the itch of the latter. Then there’s basically anything from Spiderweb Software. However, this week brought a brand new isometric RPG to the App Store called Ember ($9.99), and it does a fine job of straddling the line between both types of RPGs. 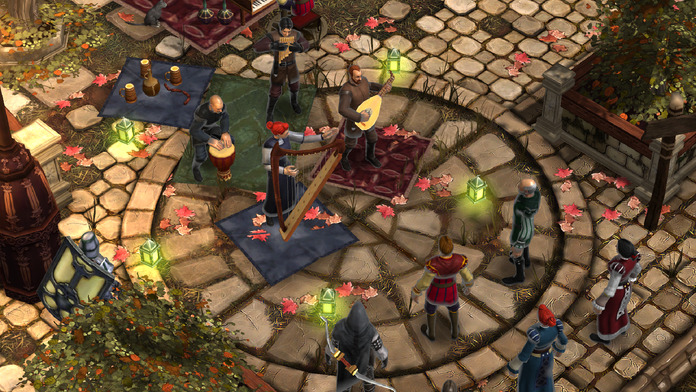 Ember has you playing as a resurrected Lightbringer, a being who would search the land for bright pieces of stars called Embers that fell from the sky and contained amazing power. Of course, people just can’t help but want to take all the powers of Embers for themselves. As the game’s description goes, “The Embers were the embodiment of magical flame, light, and life, but as word spread about the sheer power of the Embers, they came to be hunted and captured…and so the War for Ember began…" Jeez, can we just NOT have a war about something for once?

Your job as a newly-resurrected Lightbringer is to search out the Embers and save the world from total collapse. You’ll do this by exploring vast lands and completing a number of interesting missions both tied to the main storyline and many side quests. All the while you’ll be looting corpses and crypts finding all manner of neat armor, weapons, and gear to either deck out your Lightbringer or sell for gold. Or, you can take collected material and actually craft new items with it in the game’s surprisingly deep crafting system. 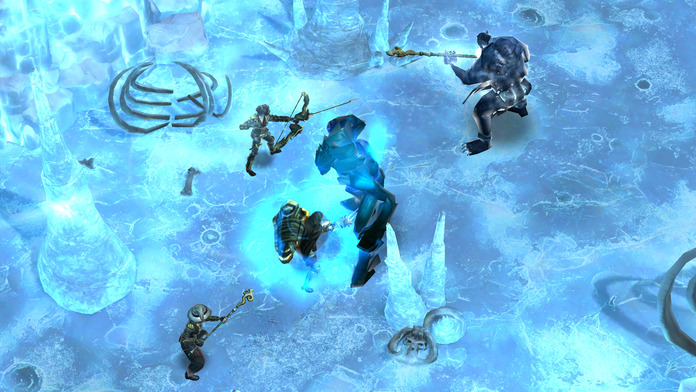 One of the coolest aspects of Ember is its combat system, which is a hybrid real-time system that sees you hacking and slashing your heart out but does give you the ability to pause time during a battle and choose a certain spell or item from your inventory without fear of the enemy pummeling you to death while you’re distracted. The combat is extremely enjoyable, and this style lends itself very well to a mobile game and especially to a touchscreen device.

Another interesting thing about Ember is that it’s also available on the PC, but this isn’t a port. In fact it was developed from the ground up for both platforms simultaneously. Seeing as the default control scheme on the PC is almost entirely mouse-based, this translates really well to the touchscreen. The one area I’d probably criticize is that on my current iPhone 6S the text and many of the UI elements are a bit small. Not unplayably so, but enough to be occasionally be annoying. This is likely not an issue on the iPad or even the larger Plus model iPhones.

Also, the developer has faced up to the “mobile stigma" head-on and released the game on both platforms at pretty much the same time. Similar to the attitude of the Crashlands developers, the feeling is that Ember is a full-fledged game that is suited well for both platforms. The iOS version doesn’t appear to be watered down from its desktop counterpart either, though there is a slight price descrepency with the mobile version being a few bucks cheaper. Overall, though, this is a nice example of a developer not short-changing either platform and simply making a great gaming experience that suits both.

I had no idea Ember would be heading to mobile, and in fact I didn’t even know it existed until it randomly popped up this week. However, this is very much my style of game, and I’m loving the heck out of the experience so far. That experience sounds like it’s a meaty one too, so if you’re looking for a nice homage to classic RPGs that feels modern and more streamlined and approachable than some of the older stuff, Ember should give you more than enough to keep you entertained for the foreseeable future.