First unveiled just shy of two years ago in 2014, Mini Metro is a transportation simulation game from developer Dinosaur Polo Club that had, at that time, just hit Early Access on Steam and was planned for release on mobile “hopefully" before the end of that year. Obviously, that didn’t quite happen, but we did get a chance to play an in-progress version of Mini Metro on the iPad during GDC last year, and really liked it. Again, the plan at that time was to release Mini Metro on the iPad before the end of the year. Yeah, that didn’t happen either. 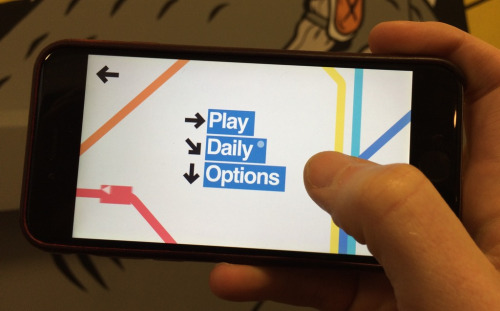 So here we are with the clock turning to fall in 2016, and Dinosaur Polo Club has posted on their blog that the mobile version of Mini Metro is finally, truly near the finish line. Their blog post highlights many tidbits of interesting info about the mobile port of the game, including that it will be paid with no IAP (but they may charge for expansions in the future), it’ll have iCloud support, and they’ll be trying their darndest to have a simultaneous launch across iOS and Android.

In addition, the mobile version of Mini Metro will contain Normal and Extreme modes, but not Endless mode like the desktop version. This isn’t because they want to short change mobile players, but because they don’t like the way Endless mode works and want to redesign it before bringing it to mobile (along with updating it on desktop too, of course). Statistics also won’t be in the mobile release because, according to them, “That screen isn’t as interesting as we hoped it would be, so we decided to not spend the time making it usable on tiny screens." Hey, fair enough!

Other than those fairly minor changes, Mini Metro will be the same as its desktop counterpart, which officially launched in November last year. The team notes that they have lots of little things to do over the next couple of weeks to get Mini Metro ready for submission on mobile, so if all goes well we should be playing this one at some point in October, I’d reckon. Be sure to read over their full blog post for a few more details and keep your eyes out for the long-awaited arrival of Mini Metro on both iPad AND iPhone at some point before the end of the year.