With the fall 2016 TV season about to kick off, it would make perfect sense for the previously-announced and soft launched Animation Throwdown: The Quest for Cards (Free) to launch, and that’s exactly what has happened. The game is a CCG that features characters from Family Guy, Bob’s Burgers, Futurama, American Dad, and King of the Hill. Only two of those shows are actually still airing on Fox, but they’ve all got that Fox connection, so I guess a game linking them all together makes sense. I mean, I could see Bob from Bob’s Burgers getting sunk deep into a CCG like this. 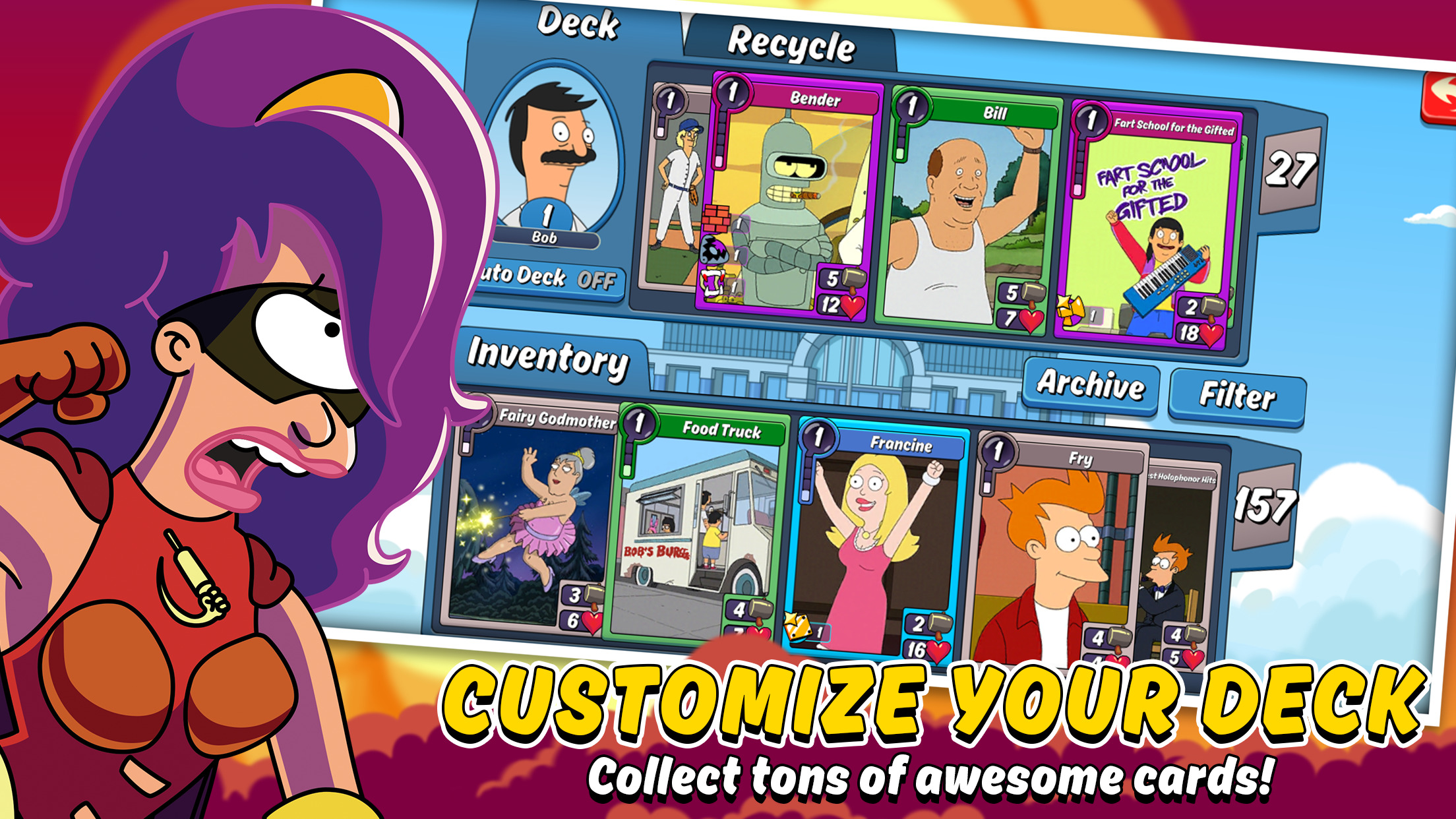 There’s 25 chapters of singleplayer play, not to mention online battling to take part in. Considering the shows offer up nearly a limitless amount of references that could be dug up to make for cards – and you can already see one-off variations on characters in the marketing materials – there’s the potential for a ton of new cards and content to be added to this one over time. Check out the forum thread for this one if you’re playing.