Hello everyone, and welcome to a special Hearthstone (Free) Adventure news roundup. To no one’s surprise Blizzard announced the next Hearthstone Adventure late at night on July 28th, and as we guessed, it was Karazhan related. Specifically, the new Adventure is called One Night in Karazhan and will launch August 11th, which is less than two weeks from today. The Adventure has a definite disco feel to it and verges on the silly (in a good way). You’ll get to visit some very famous locations from World of Warcraft and have fun while you’re at it. I found the theme of the Adventure quite charming, and the trailer song quite catchy. For today’s Touchstone, I decided to focus on the Adventure alone because let’s be honest, no one cares about anything else right now. So, come and get a taste of what Medivh is preparing for all of us on August 11th.

The One Night in Karazhan Adventure Is Coming August 11th

Blizzard has finally spilled the beans on the new Adventure in a blog post on the official Hearthstone website. One Night in Karazhan will have you meeting some of Azeroth’s most fascinating beings while experiencing Medivh’s wonderful home. The article talks about how you’ll meet Moroes, Medivh’s majordomo and then join Medivh for a night of magical extravagance. The article goes on to talk about the free prologue mission, a change from previous Adventures and an attempt by Blizzard to make everyone so excited about the Adventure that they’ll jump in and buy the whole thing. The article then goes into the pricing of the Adventure (though in a witty way). Check it out here in all its silliness. 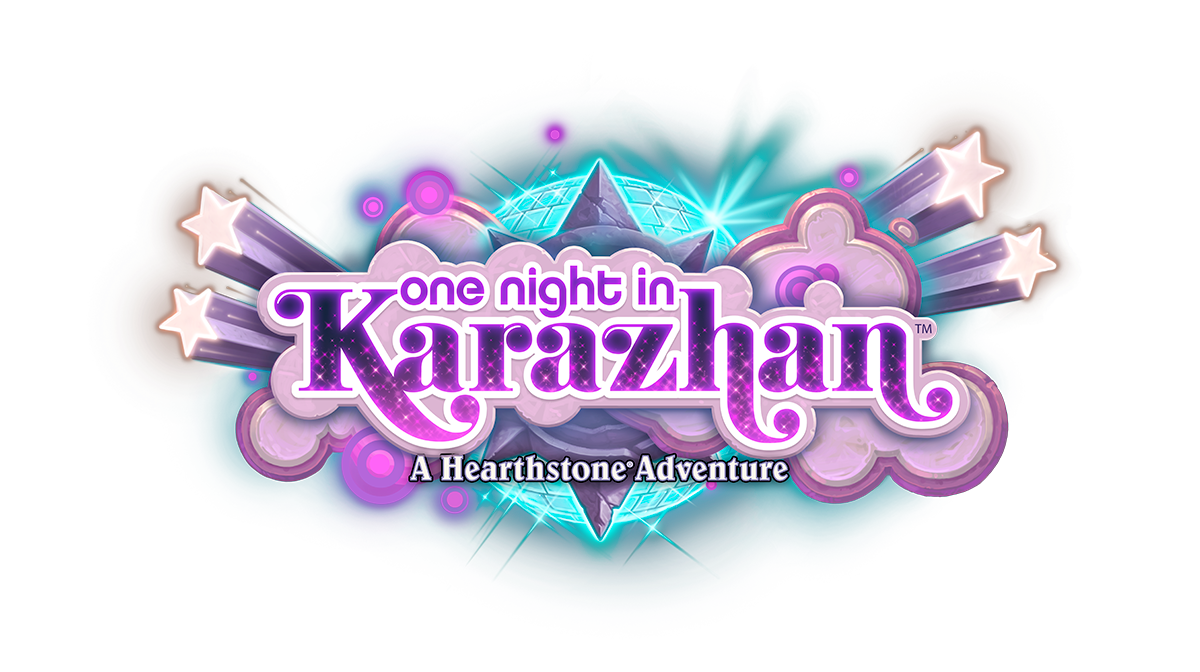 The Lowdown on the Next Adventure

This story is the one we published right after the Karazhan announcement, and it has information regarding the structure of the Adventure, the reasons behind the light, disco tone of Karazhan, the first few cards to be revealed on stream, as well as pricing details. If you want to get a good sense of what’s to come, check out our story here.

If you were asleep during the Karazhan announcement – which would make sense since the announcement was at 11 PM PDT – you can watch the whole stream and read our story here. Enjoy Ben Brode getting his Disco feel on and see first hand how the announcement went down. 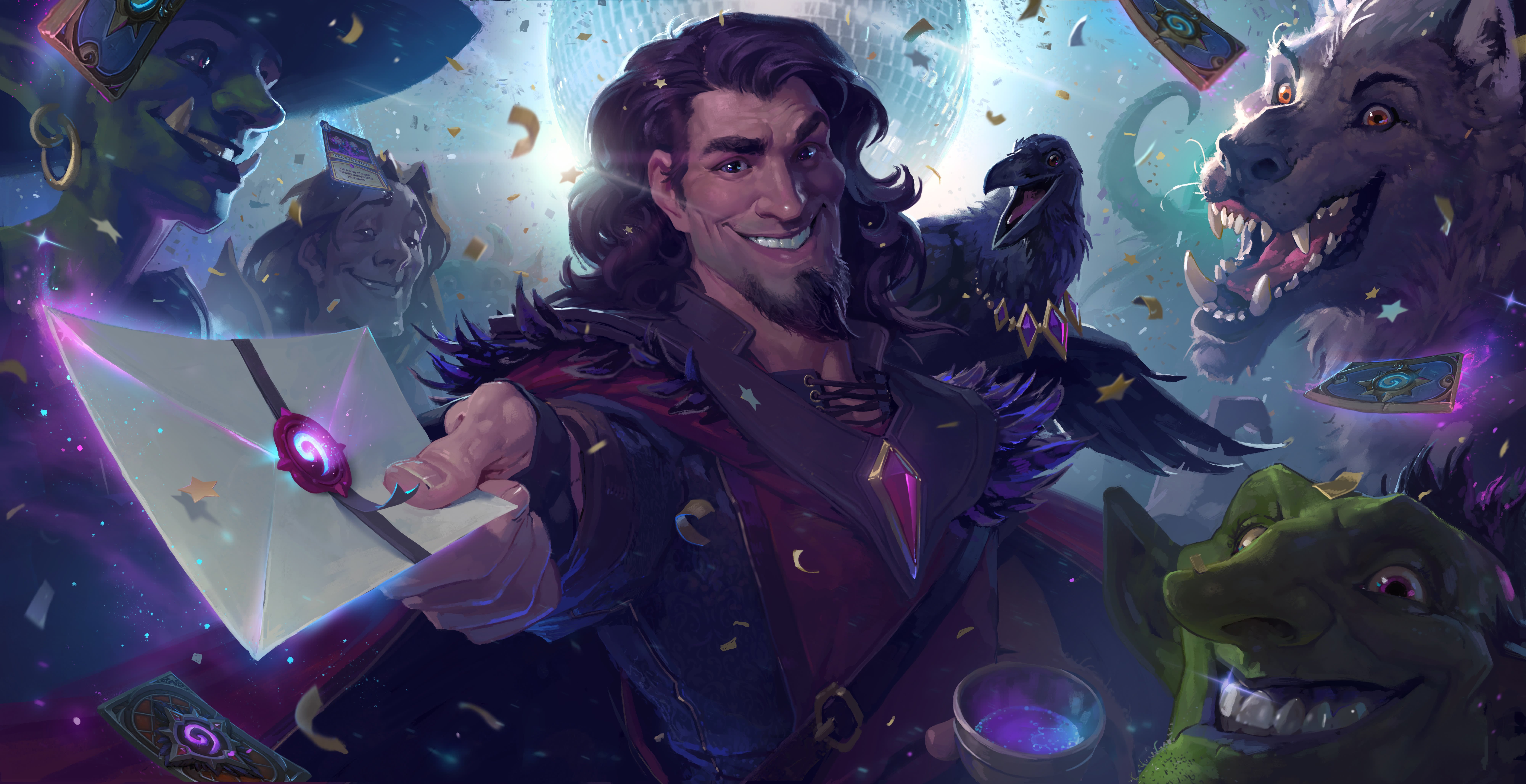 The Silverware Golem of Karazhan Battle

If you want to get a taste of one of the encounters from Karazhan, specifically the Silverware Golem of Karazhan one, check out this video from our story and check the story here.

An Early Analysis of Karazhan‘s Book Wyrm and Moroes.

This story takes an early stab at evaluating two of the revealed Karazhan cards. The first is Book Wyrm, a six mana 3/6 whose Battlecry destroys an enemy minion with three or less attack if you have a dragon in hand. According to this story, neutral dragons are always good to have – especially since currently Dragon Warrior is quite popular. Book Wyrm is “like a niche Stampeding Kodo," which is a good thing, but its stats are pretty bad for its cost. So, this card will probably just be a great tech card for Dragon Warrior or Dragon variants.

Moroes, a 1/1 3-cost Legendary, has Stealth, and also summons a 1/1 Steward at the end of your turn. The writer doesn’t think this card will be good because it takes too long to get any value out of. Because on turn 3 you want to push for board advantage, dropping a Moroes won’t help you in that respect. What do you think of these two cards? Read the story here.

This story gives a general overview of the Karazhan cards Raving Grimoire and Imp of Malchezaar. Raving Grimoire is a 1-mana 1/1 Mage card whose Battlecry adds a random Mage spell to your hand, and since Mage spells are strong, that’s a good thing. At the same time, not everything you get will be good, which makes it a risk. The Warlock card, Imp of Malchezaar, is a 1/3 one mana demon that lets you draw a card whenever you discard a card. The writer feels that while Discard Warlock won’t be a thing anytime soon (too much randomness), it’s not a bad card. Check the story here.

A Look at the First Karazhan Cards 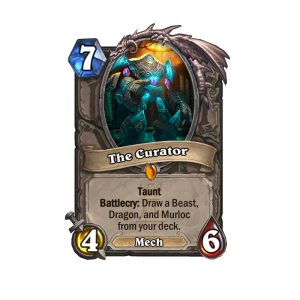 This GosuGamers story takes a more detailed – though still early – look at the cards revealed so far, so it’s definitely a good read if you want to have an idea where the meta might be heading. The writer sees Enchanted Raven as a card with a lot of potential, Kindly Grandmother as a card that could see constructed play, Firelands Portal will probably not see a lot of play, Ivory Knight just sucks, Ethereal Peddler could be really strong, Barnes should find a place in N’Zoth decks, especially Paladin ones, and The Curator is likely to see plenty of use. What do you think about these early valuations? Check the whole story here.

Visual Guide of All the Karazhan Cards

This page is a good one to keep bookmarked because it’s been constantly updated with all the Karazhan card reveals as they come. The page also has a very fun presentation and a nice way of visually showing the cards we know and the ones we don’t. So, check it out here.

The Three Card Backs of Karazhan

This HearthPwn story shows what the writers believe to be the three different Karazhan card backs we’ll be getting in the game. While they don’t know how these cards we’ll be awarded, it’s still fun to see them in advance. Check them out here.

Noxious Talks One Night In Karazhan

One Night in Karazhan in One Minute