Despite having received two updates in only two days, Pokemon GO (Free) has attracted an almost unprecedented amount of ire amongst internet communities around the world, from the dedicated subreddit to comments and posts on our forums. Through removing some key features, shutting down unofficial ways of circumventing issues within Pokemon GO, and changing the mechanics to alter the freemium balance that existed in prior versions of the game, many fans who fervently supported the app before have been requesting refunds or deleting the game altogether as a protest towards what they deem unacceptable behaviour from Niantic. A further 1.1.1 update today which merely contains a ‘performance improvement’ and the ‘correct link for app upgrade’ has only helped stoke the fire of disillusionment amongst the fanbase of Pokemon GO. However, is this an overreaction by Pokemon GO players and merely symptomatic of 21st century entitlement, or do they have a legitimate reason to be so disenchanted at the developers? 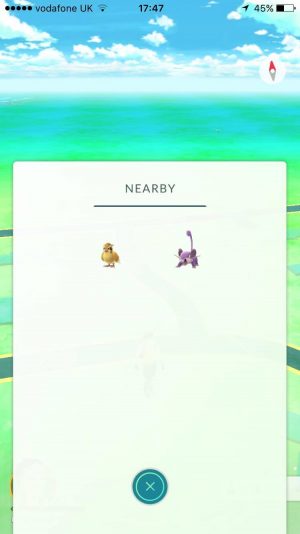 Whilst some other changes to the core app through these latest updates – such as inexplicably removing the battery saver option, or tweaking the free-to-play balance by making Pokemon harder to catch and easier to flee – have caused some fans to become outraged, the predominant catalyst for such unhappiness in the community has been the removal of third party tracking websites such as Pokevision. These websites delved into the source code of Pokemon GO – breaking the terms of use Niantic set out for the app – and allowed you to find out the exact location and duration of any Pokemon in your local area. There are significant grounds to argue that this is cheating and against the ethos of the Pokemon games, however many would claim apps such as these were a necessity because Pokemon GO‘s own nearby tracking system was broken. Furthermore, people living in rural areas – far away from the dense, populated cities where there were Pokemon around every turn – were very reliant on tracking apps to be able to take part in what was probably the biggest mobile gaming trend since the App Store launched.

However, alongside the 1.1 update released this weekend, Niantic rendered Pokevision and its peers ineffective, whilst simultaneously removing the ‘footsteps’ tracking system within Pokemon GO completely. Pokevision’s Twitter account doesn’t go into too much detail on how and why their service was ended apart from stating that they are ‘respecting Niantic and Nintendo’s wishes’, yet comments from John Hanke, the CEO of the Pokemon GO developer, that were published in TechInsider this week emphasised how the company were ‘not a fan’ of these unofficial tracking websites. There has yet to be an official explanation to why the official ‘footsteps’ tracking system inside Pokemon GO was removed, and whether this is a permanent or temporary solution, although the feature had been broken since the first week of release (which is why every Pokemon in the ‘nearby’ menu had three paw prints beneath them).

Hey guys. We wish we had some news for you

At this moment, we are respecting Niantic and Nintendo's wishes.

Will keep you guys posted

On one hand, you can certainly understand why there has been an avalanche of memes, refund requests and general internet outrage over these changes. Pokevision has over 723,000 followers as of publication – which I believe has increased by nearly 200,000 since the website was rendered useless – and so there was a significant proportion of the online community that did use the app. While some may have been taking advantage of the app to cheat and find rare Pokemon in busy areas, there may have been a substantial number who were reliant on Pokevision to make the game playable in their local area. Furthermore, the frustrating nature of the in game tracker not working – and then being silently pulled at the same time – has created a perfect storm of outrage. I managed to use the in game tracking feature in the first week of launch to hunt down an elusive Pidgeot, and so I can empathise with people finding rare Pokemon silouhettes in game yet having no idea where they are within a kilometre radius, which is the extent of help that the game currently offers. 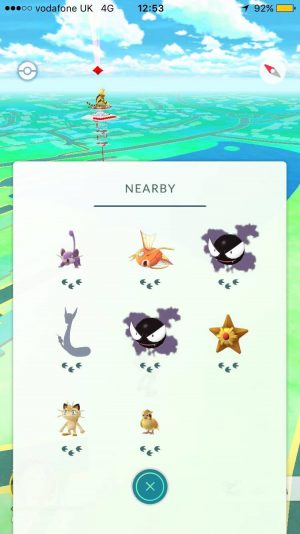 From another perspective, the manifestation of this anger on the internet – leading to witch hunting which has even resulted in the Pokemon GO subreddit having to close threads – has been excessive and even unfair to the developers. Firstly, Pokevision was breaking the terms of service of the game and likely contributing to the unstable server issues that Pokemon GO has experienced – which anyone using the tracking app in the past week should be well aware of, owing to its multiple periods of downtime. The Pokemon Company are notoriously protective of their IPs, and so a third party developer using such assets directly from the game was always going to be a point of contention. Furthermore, if Niantic were not fans of these tracking websites, they have every right to ask for them to be removed. It is their game that they have developed, after all. Perhaps they are on the cusp of fixing their own footstep tracker, and its removal was just to allow time for the server situation to further stabilise and by no means a permanent disappearance; Niantic admitted themselves at Comic Con that the game was “10% of what we want it to be", and so such excessive judgement so early on in the game’s life is a little unwarranted.

Successively, knowing where every Pokemon is instantly does go against the core ethos of Pokemon titles. In the main series games, there are random encounters which means that, within the general vicinity of a route or an area, you have no idea of what Pokemon could pop up. This was one of the reasons why the series became so popular in the first place – the sense of surprise and mystery when a rare creature appeared in tall grass was exciting, and (beyond Zubats in caves) most importantly unpredictable. Pokevision removes this feeling of wonder – you know exactly what you’re going to find and where. The emphasis on going out and exploring with friends was the primary reason why Pokemon GO has been such a hit with my non-gamer friends in the past few weeks – while it may not be the quickest way of assembling a hit squad of powerful Pokemon, it is how the game was intended to be played. You can argue that the lack of a way to track the rare nearby Pokemon on the actual app makes Pokevision a necessity, but it is a step too far to remedying this issue. I’d go as far to say such a service is categorically cheating, despite the fact I did frequently use the website while it was still active. Niantic do need to fix the ‘three step glitch’, but that doesn’t make Pokevision suddenly an acceptable compromise.

Of course, it is not down to me to tell you how to play Pokemon GO. If you had a particular fondness for the tracking websites, and were happy enough to justify it personally for whatever reason, that is completely cool, even if some may say otherwise. And if you legitimately feel that the changes Niantic made have had a detrimental impact on your experience, go ahead and try to claim a refund, or contact the developer for an explanation. However, the reality is that there are over twenty million daily active users on Pokemon GO, and the vast majority of these players will be having a lot of fun catching Pokemon in real life and be oblivious to the recent 1.1 update and the removal of Pokevision and its peers. As of writing, there are only 755,136 subscribers to the Pokemon GO subreddit, and only 30,606 of those online; the anger demonstrated by fans is by no stretch of the imagination detrimental for the game as a whole, and not representative of a majority in any way. If anything, such rants and low-effort attempts at slanderous memes will only alienate more casual players who may check out these websites for information or help regarding Pokemon GO.

That being said, the primary reason for such unhappiness, and one I can completely understand, is the silence from Niantic over the past few weeks regarding Pokemon GO. Whether there are server issues, glitches or unpopular removals such as the above, there has been no explanation to the community to attempt to alleviate concerns or anger that has arose. The way Niantic have managed to make the experience a much more stable one over the past week after the massive periods of downtime has been impressive, and demonstrates that the developers are taking action in fixing the game’s flaws. They have even reduced the range that the current nearby menu uses – any Pokemon on the tab will now be up to 750m away. However, you’d think that a short statement regarding the most recent update, or at least explaining what is in store for the app’s future, is far better than a virtually irrelevant update stating ‘minor text fixes’. Perhaps Niantic are under relative scrutiny on how they interact on social media, as The Pokemon Company have never been fantastic at cooperating with the community, but in 2016 – especially on the App Store – aware and responsive developers is taken for granted, and being impassive is difficult for many to take.

From one perspective, this whole debate appears to be symptomatic of entitlement amongst the fanbase; from the other, negligent and ignorant actions from a developer that doesn’t care about the hardcore fans of its game. With such massive mainstream media attention, it’s extremely difficult to see whether the sort of unhappiness amongst a small group of fans with Pokemon GO will have any significant adverse effect on the series’ image. Nonetheless, with the upcoming Pokemon Sun and Moon on 3DS being Nintendo’s main release for the holiday season, and the imminent NX console reveal needing to succeed after the failure of the Wii U, they can’t afford to alienate loyal fans that have been the backbone of their relative good fortune in recent years. Hopefully we hear from Niantic soon regarding the future of their game, but regardless, don’t let any recent development affect your experience of Pokemon GO. When it works it is a truly fantastic experience, and if the wonder has faded somewhat, perhaps just hold on and see what future improvement we may receive for the app. After all, the path of a Pokemon trainer is one of perseverance and hardship, and not always the easiest route. The future is bright for Pokemon GO.