Everyone gets their zen from their own special place. For me, that’s usually listening to the latest Kenna album, grinding away in an MMO and leveling up a new character. It’s relaxing in a way that it’s probably crazy to basically anyone else, but if you shared some of your methods, you’d probably sound crazy too. So when a game bills itself as a zen-like experience, it’s usually dubious of the claim given the subjectivity of its nature. With Quell Zen ($2.99) though, it mostly does its job, providing a puzzler veneer.

Swipe in any direction, and a raindrop will zoom across at your chosen trajectory until it collides with something. Sound familiar? That’s because it is, and it’s something we’ve been doing since the early days of MS-DOS. But like most clever projects, the developers manage to put a spin on the formula and make it their own. Very early on you’ll be introduced to multiple droplets (which can conveniently be propelled by flicking near each object), and it never really lets up from there. 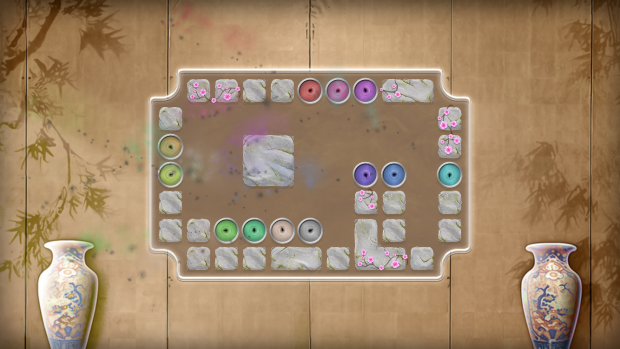 Things start to get a little crazier when you add in doors that can only be entered once before they shut, multiple color-coded gates and objects, and a screen full of hazards. It all reminded me of Chip’s Challenge, a classic PC game, and that’s a compliment. There’s a lot to micromanage nearly at all times, and the amount of concepts to keep track up ramps up very quickly. That’s mostly a good thing because the game constantly keeps you interested with new ideas.

Those ideas, however, aren’t always fleshed out as well as they need to be, and can be fleeting in nature. Despite the moniker everything isn’t really all that chill when the game doesn’t properly introduce a new idea it really wants you to learn, and then promptly takes it away a few levels later just as you were getting acquainted with it. Having said that, most of the ideas are explained by way of a short text burst at the top of the screen, so you’ll have some idea of what to do. If that wasn’t stressful enough there’s a move counter at the corner of the screen, showing you the ideal par for every course.

I’m actually fine with that, as its essentially the developer’s way to explaining how to “best" approach every stage. It isn’t too taxing to finish a stage with a bare-bones lengthy approach, but you will spend hours trying to formulate a way to clear par. Adding extra coin incentives (more on coins in a moment) like achievements for surpassing goals such as earning multiple “perfects" is a nice touch, and a welcome bit of positive reinforcement. 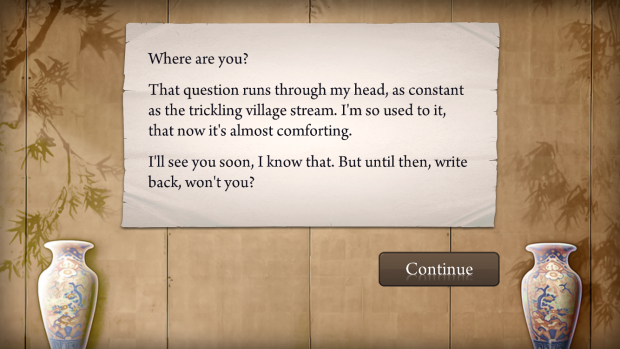 One thing that I’m really at odds with though is the game’s style. Visually, it looks like a muted flash game, devoid of any real personality. It’s functional yes, in that swiping works exactly how it’s supposed to and I’ve had no issues with crashes and the like, but it doesn’t differentiate itself from basically anything else. By that same token, the score is fitting and moving.

It reminds me of some of the best work on the Minecraft soundtrack, with the soothing sounds of its piano track. The sound effects, especially the little droplet noises when picking up objects, is equally relaxing. There’s also a miniature story of sorts (if you can call it that) by way of inspirational messages, which are rote but can ultimately be ignored. It would have been nice if they were little more interesting, but since they’re not accompanied by an obnoxious forced narrative, all is forgiven.

Unfortunately, Quell Zen does offer a few IAP choices that sort of cheapen the experience. At $3.99 it’s a hefty sum given the extreme competition on the market, but you can also spring for in-game currency (used to unlock later levels), a skeleton key (that unlocks every level), a jewel detector (that makes it easier to find items), and a “super rewind" feature that lets you take back five moves per level. It’s a little out of control, and the latter three especially should have been baked into the premium version. 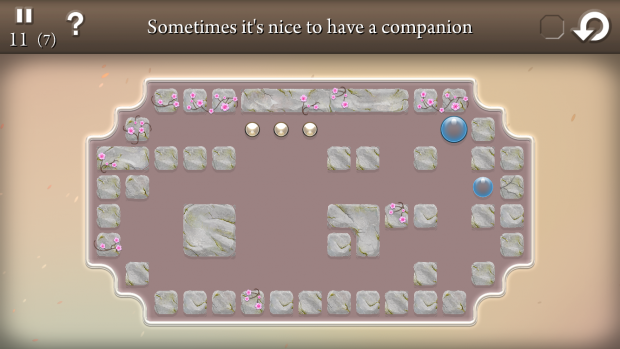 Don’t expect it to blow your mind, but if you want a well balanced puzzler, Quell Zen is your huckleberry. It could use a lot of polish but that’s mostly from a visual perspective, because the brain teasing elements and accessible controls are intact.