One aspect of video gaming that Pokemon pioneered back in 1996 was version exclusives, which required you to find someone with the alternate title (or buy both games if you had more money than sense) to be able to truly Catch ‘Em All. Of course, the recently released Pokemon GO (Free) is one one game, however there has been fervent speculation over the past few weeks on whether this exclusivity takes place in the mobile entry, and whether there are actually critters that are caught only in specific continents or climates. While still not definitively confirmed, the recent release of Pokemon GO in Japan has only given further credence to the theory that Tauros, Kangaskhan, Mr. Mime and Farfetch’d are all exclusive – or at the very least, extremely rare – to specific regions around the world. 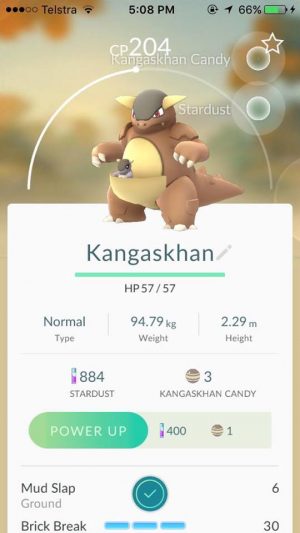 The current hypothesis regarding region exclusives in Pokemon GO is that Tauros is limited to North America, Kangaskhan is only found in Australasia, Mr. Mime in Europe and Farfetch’d can only be located in South East Asia. From a logical perspective, this makes sense: based on the animals they’re based off, it checks out that a kangaroo Pokemon would only be found in a region they are endemic in. Then again, I have no idea and am slightly insulted that the atrocity that is Mr. Mime is apparently analogous to Europe, but still better than the objectively awful Farfetch’d. While there have been the occasional reports of Pokemon such as Farfetch’d sighted in the US or Europe, there is a question to the legitimacy of such reports, and are certainly the exception to the rule. The flood of Japanese players confirming mass sightings of Farfetch’d only strengthen the theory that, at the very least, these Pokemon are a lot more common in their respective regions, and very rare in alternative ones.

While there are still further questions, especially regarding the extent of the areas that contain these exclusive Pokemon – such as whether Tauros can be found in South America, or if Farfetch’d is located all across Asia as a whole, and not just Japan and South Korea – it’s looking likely that anyone wanting to Catch ‘Em All may have to travel around a bit to become the very best. However, data mining has not proven anything conclusively yet, and it may still be possible to hatch Tauros, Kangaskhan, Mr. Mime and Farfetch’d from 5Km eggs anywhere in the world. Until Niantic clarifies this, or implements some sort of trading option, your best bet is to buy lots of incubators, put on your trainers and prepare for a lot of walking.