Niantic’s Pokemon Go (Free) is well on its way to being to biggest video game ever, but the one trend that’s arguably even more predictable than Pokemon games doing well is internet curmudgeons racing to let everyone know how much they don’t like or don’t care about the new popular thing. It’s a time honored tradition, dating back far before the internet even existed. Preferring rollerblading because too many people skateboard, suddenly hating your favorite band because they got played on the radio and now people know who they are, choosing to ride your horse to work because you refuse to be yet another sheeple with a car… The list goes on and on. The good news is, if you’re this kind of person, the PokeGone browser extension is just what the doctor ordered. (Although what if even this extension gets too popular? Then what?)

To use it, you’ll need to download the Google Chrome browser, which you might be using already, and then just hit the “Add to Chrome" button on the PokeGone extension page. Like magic, it’ll be like Pokemon Go doesn’t exist. Currently, there’s two major down-sides to this plugin, a lot like shutup.css and other similar tweaks, they’re never going to be 100% accurate and it’s possible they either won’t catch all Pokemon Go mentions or there might be some false positives resulting in some legitimate content getting blocked. 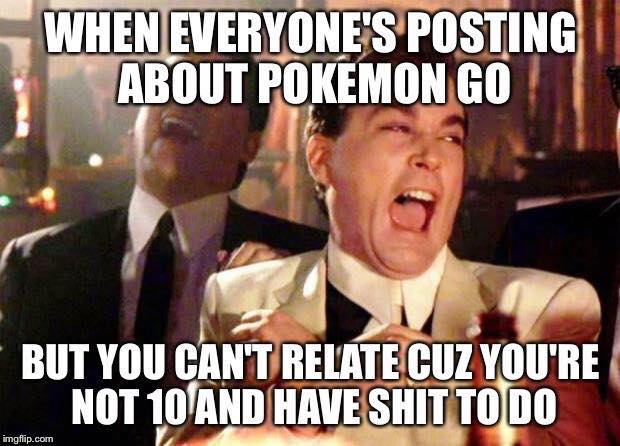 More importantly though, if you install this browser extension, and you hate that everyone is having fun playing Pokemon Go, you’re going to miss out on so many opportunities to snidely comment about how players should get a life, how you wish TouchArcade would post something else, how you’re not playing because you’re not 10 years old, and so many other brutal roasts as well as totally clever memes we’ve seen from really, really cool people. I know all too well the appeal of doing that sort of thing is far too great, so while this browser extension is exactly what some people have been asking for, I doubt many will install it.

But, hey, who knows! Stranger things have happened.