Battles in Pokemon Go (Free) are relatively simple in nature, but are still significantly different than that of its console counterparts. In addition, Pokemon Go has a much different way of improving your pokemon team than previous titles. So, check out the following tips and guidance for improving your team and making it more likely that you’ll win those gym battles in the future.

Effective battle mechanics are great to have, but before you even get to that point, the easiest way to succeed in battles in Pokemon Go is to make sure your pokemons’ CP is higher than the opposition. There are two ways to do that: the first is to power-up your pokemon straight up and the second is to evolve your pokemon to its next evolutionary tier, which will come typically with a significant CP upgrade (assuming your pokemon has something to evolve to). 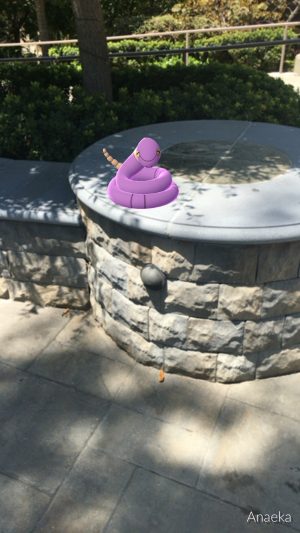 In addition to the above, I personally would recommend saving your candy for evolution will come with a CP bump. Once you have that, then you can start powering up your evolved pokemon (which should take the same type of candy as the original pokemon). Some people advocate powering up first and then evolving, but I prefer the opposite approach simply because I think the CP increase on a power-up is greater with the evolved pokemon.

So, regardless of how you choose to level up your pokemon, once thing is for certain: you’re going to need to capture lots of pokemon to a accumulate that candy and stardust. Well, we also have a few tips on how to accomplish that. These tips involve effective use of Lure Modules, Incense, and increased random encounters. 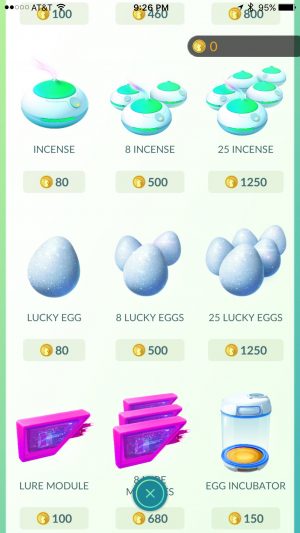 At first glance, Lure Modules and Incense are very similar, both increase the rate at which a player will encounter pokemon. However, there are some key differences. First, a Lure Module will only work at a pokestop, so in order to get its benefits you have to obviously stay near the Lure Module to take advantage of the increased respawn rate. Both Lure Modules and Incense have an effective use of 30 minutes, so you’re really going to want to make sure you’re staying at that Pokestop for at least 30 minutes to really take advantage of it.

Incense, meanwhile, is almost like a portable Lure Module in that it effects the area that you the player are at. Incense will also follow you for the entirety of the 30 minute time frame. So, you can use an Incense and have guaranteed access to more pokemon for the entire time. However, the respawn rate won’t be as high as a Lure Module, which is the tradeoff for instant gratification no matter the location.

There’s one other important aspect the Lure Module that’s worth talking about. When a Lure Module is used, every player in the vicinity of the Pokestop will be able to take advantage of it. You can tell if a Pokestop has a Lure Module active if there are flowers covering the stop on the overworked map. If you’re gaining experience with a team of other players, a Lure Module becomes an important tool because all of you can spend time there capturing additional pokemon and earning additional items and experience (of course, the flip side is opposing team members can also take advantage if there are nearby!).

So, now you have a team ready to go and you’re taking on a gym opponent. Well, as mentioned earlier, the battle mechanics are significantly different in Pokemon Go than other titles. Things are more more simplified but there are still choices to be made and skill to develop. We’ll go over the big items below. 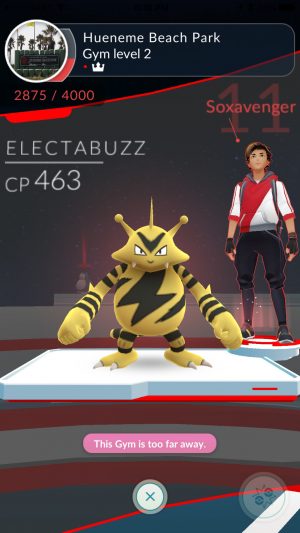 To attack simply tap on your opponent and your pokemon will perform its basic attack. There’s no turn-based mechanics, so you’ll want to tap as much as you can to keep the basic attack going. Meanwhile, as you attack, you’ll build up a bar below your pokemon’s health meter, this meter allows use of your special attack (which is always the second move on your pokemon’s info sheet). You use the special attack by holding down on the screen for a couple of seconds. Special moves are typically more powerful and can turn the tide of a battle if they’re super effective, so don’t forget to use them.

Finally, as you’re battling, you can also dodge attacks coming at you from the opposition. This can be done by swiping to the left or right on the scree, which will cause your pokemon to dodge in that direction. Dodging requires a bit of skill and the timing is dependent on the type of move you’re dodging against. Honestly, the best way to get better at dodging is to practice so that why you get familiar with the timing of a variety of different moves.

Assuming your pokemon are of similar CP to the opponent, efficient use of special moves, always keeping your basic attack active in the meanwhile, and effective dodging should make for guaranteed success.

Keep in mind that like any other title, you can also swap out your current pokemon with any other one in your six person team (only when fighting rival gyms). This is a great tool in case you defeat one type of pokemon and the next one guarding the gym is strong against your current battler’s attacks. Also, it goes without saying that when you’re about to battle against a gym, make sure you wisely choose pokemon that have both big CP and are effective against the enemies you’re fighting against.

Any other tips, feel free to leave them in the comment section below.