Now that Pokemon Go (Free) has been out in the wild for a little bit and the servers seem to have settled down, one of the more interesting facets that newcomers are starting to realize is the distinct lack of any in-game guides or tutorials. This is especially true for the game’s gym and combat guide, which is decidedly different from other ‘normal’ Pokemon games. Well, we’ve certainly been out and about catching them all in the wild and we’ve got some tips and info for folks looking to figure out how to get started with gyms.

Gyms at a Glance 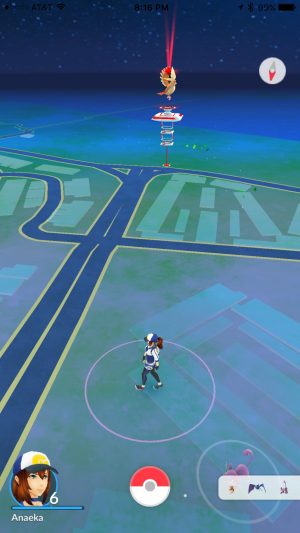 Generally speaking, gyms are reserved for landmark-esque areas in your region. For example, the majority of my gyms were situated at major public buildings (such as city hall) or significant monuments. Beyond that, the first thing players should know is that gym combat is restricted to players Level 5 and above, so don’t bother trying to play hero and turn a gym to your team color until you’ve reached at least that level. Speaking of teams, you’re allowed to select your team color the first time you check out a nearby gym after reaching the prerequisite level.

While there aren’t any specific advantages to any color, there are some logical advantages depending on the situation of your region. For example, if your local area is completely enveloped in a certain color, it may make sense to pick that up to get guild experience faster (or, you can just pick whatever color suits your fancy and try to be hero and turn everything to that one). In any case, once you pick a team color, you can start checking out gyms in greater detail.

There are three important stats that apply to any gym. The first is the Prestige, the second is the gym level, and the third are the guardian pokemon for that gym. Prestige basically acts as the gym’s overall health and can raise or lower the gym’s level, depending on how much prestige it has. The gym level dictates how many pokemon slots the gym actually has, which obviously assists in the overall defense of the gym. Finally, the guardian pokemon show the current pokemon that players have to mow through in order to take down (or build up) the gym prestige. 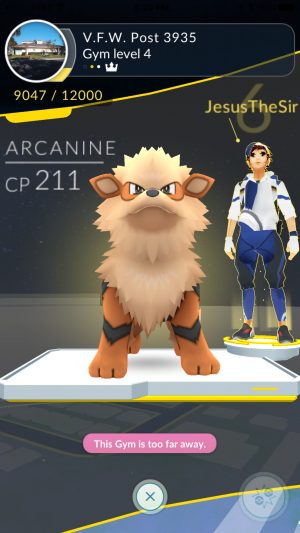 Gym prestige is a relatively easy concept to grasp. If you’re taking on a gym controlled by another team, you can lower its prestige and eventually take control of it by taking in six pokemon into a battle and attacking the pokemon attached to it. The more pokemon you take down in an individual battle, the more prestige the gym loses. If you manage to take out all the pokemon, then the gym will lose a significant amount of prestige. It’s important to note that even taking out one gym pokemon will result in prestige loss, so if you have enough potions and revives you can definitely brute-force a gym takeover (although I really wouldn’t recommend it if your pokemon are truly under-leveled against all or some of the gym pokemon).

Meanwhile, you can also battle gyms that are owned by your team, but rather than the gym losing prestige if you win, the gym will actually gain prestige (this is called training a gym). Players have also reported that the amount of prestige gained increases if you use a pokemon with similar CP to that of the defending ones. In addition, if you train a gym enough that it gains a gym level and an additional pokemon slot unlocks, you can even leave one of your pokemon there to defend the gym against future trainers. However, unlike a battle against an enemy gym that lets you take in six pokemon, training a friendly gym only allows one pokemon. If you don’t have a strong enough pokemon to take on any of the defenders already in place, then you may not be able to train a stadium so be sure to check out the defenders before you commit.

Speaking of checking out the defenders at a gym, when you’re out on the map you’ll always see the most powerful pokemon stationed at that gym. However, once you tap on the gym to open up the detailed info, be sure to swipe to the left and right to explore the other pokemon stationed there so that way you have a better idea of the full team there.

First off, as I mentioned earlier, players need to understand that you’re not going to take over a gym of any level with just one success (assuming it’s at first strength) so having recovery items are a must.

Second, if you’re near gyms that have pokemon that are higher level than you, then obviously you’re going to level up your guys. The easiest way to do that is to either evolve the highest skilled pokemon you have (which require tons of candy) or power up those pokemon instead (which require far less candy but a decent amount of stardust). Obviously, the only way to get both is to catch even more pokemon so either get out there and find randoms or pick up some incense or lure modules to increase your chances where you are.

Finally, even if you have a decent team, success is not guaranteed if you’re going up against a gym squad that is strong against your seasoned fighters. Know the type of pokemon you are going up against and make sure that you are powering up a team that will have moves that are super effective against them. Review the pokedex for some general info on each pokemon (assuming you have the entries).