Pokemon GO (Free) has been released in virtually everywhere in the world that isn’t Canada or the UK, and everyone from policemen to grandparents have been getting involved in catching critters in your back yard, churches or wherever the App leads you (but hopefully not into oncoming traffic). While it’s awesome to be able to see the creatures from your childhood in 3D and take pictures of them with your friends – at least when you learn how to use the tricky screenshot feature – with only the first generation of 151 available, many ardent Pokemon masters like myself are left yearning for the whole cast from Johto, Hoenn, Sinnoh, Unova and Kalos. To try and tide the wait before Nintendo add monsters from the later games as they have alluded to in the past, here are the ten Pokemon that I personally think would be great additions to Pokemon GO, partially for how they would fit into real life locations, but also based my own personal desires to see the favourites from my childhood be added to the game. If you disagree with some of my controversial choices, that’s okay, just be sure to leave your suggestions for Pokemon and why in the comments – especially if it’s Bidoof. 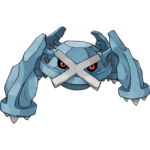 #10. Metagross – the catalyst for Pokemon GO actually being a thing was with Google’s April Fools 2014 update to its maps, which placed Pokemon around the world for you to collect. When this was rolling out, I was actually on a trip to see the Large Hadron Collider in CERN. When I checked Google Maps and found there was a Metagross right next to the place (and for the uninitiated, Metagross is basically a supercomputer Pokemon), it really made me think about whether they could create a proper Pokemon Augmented Reality game based on the realistic locations for each individual Pokemon. While admittedly this is too broad and restrictive of a job, it has kind of broken the immersion of Pokemon GO by seeing Seels out of water and Zubats not purely inside caves. 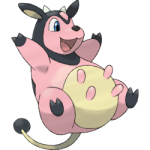 #9. Miltank – Despite being an apparently innocent cow to anyone who didn’t play Pokemon Gold and Silver, Miltank has probably frustrated more gamers than all the Dark Souls titles put together. When you faced it in the third gym in Goldenrod City, Whitney’s Miltank quite frequently spammed Rollout to completely eviscerate your team to the horror of all Pokemon trainers and image sharing websites which have been inundated by awful memes related to the Pokemon ever since. Being able to get your own back on that cow by catching it on a farm and neglecting it forever would prove a perverse pleasure in a proportion of people – and to the rest of us, simply allow us to train and battle with a Generation 2 classic in Pokemon GO 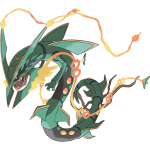 #8. Mega Rayquaza – Pokemon GO was always going to be a massive game, however its complete infiltration into every aspect of society was still immensely surprising. This was most evident by police in Australia’s Northern Territory posting on Facebook stating not to come inside the building for PokeBalls, and to not cross roads quickly as ‘that sandshrew isn’t going anywhere’. When I read this I was frankly shocked – the police are the very fabric which holds society together, and if they’re parading around with a puny Sandshrew any generic criminal could easily make them black out and take all their money. Instead, let’s arm them with a real force of nature. Mega Rayquaza was controversially so powerful it created a whole new tier solely for itself on the Smogon Pokemon metagame, so with one of these dragons in the authority’s arms the streets will remain safe. 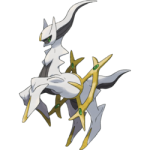 #7. Arceus – another one of the internet fads of the past few days has been how many Pokemon trainers have been going to churches as they are the designated PokeSpots inside of Pokemon GO. For this reason Arceus, the god of all Pokemon yet introduced in the fourth generation of the games – deserves to feature in the new mobile game to give trainers something to truly worship. Whether an Arceus can be found in every church or if there is only one available in Vatican City, it’ll definitely add some divine intervention to Pokemon GO. Just be warned if the Pope decides to challenge your gym. It may not end well. 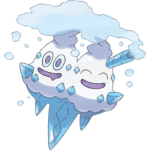 #6. Vanilluxe – Going to a trip to an ice cream parlour for primarily ice cream, but also to catch Pokemon that are literally ice cream? Count me in. Nintendo have a potential Ben and Jerry’s partnership lined up here. 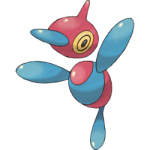 #5. Porygon-Z – A proportion of gamers playing Pokemon GO are likely to be jailbroken – whether this is to try and circumvent a lack of availability worldwide or simply to pimp up their phones, it’s a given that there are many hardcore PokeFans who may not play by Apple’s rules. Enter Porygon-Z – this Pokemon is the result of hacking the pre-evolutions Porygon and Porygon-2 with added data to increase its functionality, yet the data was corrupted and led to it acting erratically. If Porygon-Z was only available through jailbreaking their iDevice, it would only add to the immersion of Pokemon GO. Adding some sort of ability to circumvent this through something like joining Anonymous or getting a free one whenever the servers go down would also ensure, if today is anything to go by, everyone will have their own Porygon-Z soon. 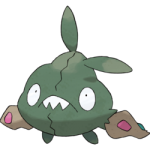 #4. Trubbish – Trubbish and Garbodor, who were both introduced in the Pokemon Black and White games, received a lot of criticism over their apparently awful designs and the fact they were literally garbage in every sense of the word. To be honest, I agree – but wouldn’t it be hilarious to see your principal or parents awkwardly hanging around a garbage can or a dump trying to catch a Trubbish? If mine knew how to use their phones, it totally would be for me. 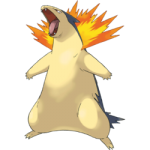 #3. Typhlosion – this one is more of a personal thing than anything; Typhlosion is by far the coolest and most badass Pokemon around, and I desperately need one in Pokemon GO so I can pose with it around my house and scare my cats with it. Typhlosion is also the ‘Volcano Pokemon’, and so your trips to Pompeii or Yellowstone will get so much more interesting if there was a Typhlosion ready to be caught within the crater. Just hope it doesn’t use its Eruption move. 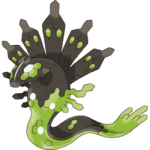 #2. Zygarde – Without wanting to get too political, the world is in a bit of a bad state at the moment. Horrific crimes are happening everywhere, some rather controversial elections are about to take place and we still have no idea when 2K are actually going to fix the iOS Bioshock port. We’re in dire straits – that is why we need Zygarde. While it may be an unfamiliar face to anyone who didn’t play Pokemon X and Y, Zygarde is the ‘Order Pokemon’, and is said to appear when the ecosystem is in danger. We really need you in Pokemon GO now, Zygarde. Preferably in my back yard. 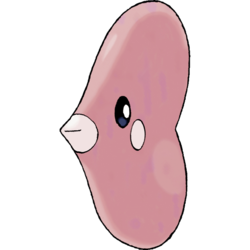 #1. Luvdisc – Imagine this – you’re on a romantic date with a friend, and you’ve just finished a fantastic meal. You longingly look into their eyes, and know for sure that they are the one you’d like to spend the rest of your life with. However, your Pokemon GO Plus you have clipped to your collar vibrates, and you frantically look at your phone – lo and behold, a rare Luvdisc has appeared! After catching it with some Pokeballs, you happily run into the night leaving your date heartbroken behind, as the path of a Pokemon Master is one of solitude, and complete dedication to catching ’em all.