Any video game which attempts to include educational elements has to run a very fine line or risk alienating a significant proportion of their potential userbase. Make it too simple and people who already understand the concepts will likely not find any enjoyment – however if it’s too difficult, it may be too overbearing and tedious for the average gamer to pick up. Most of all, however, it has to be an enjoyable experience, and Human Resource Machine ($4.99) manages to provide something for everyone while being a deceptively difficult yet rewarding initiation into coding. 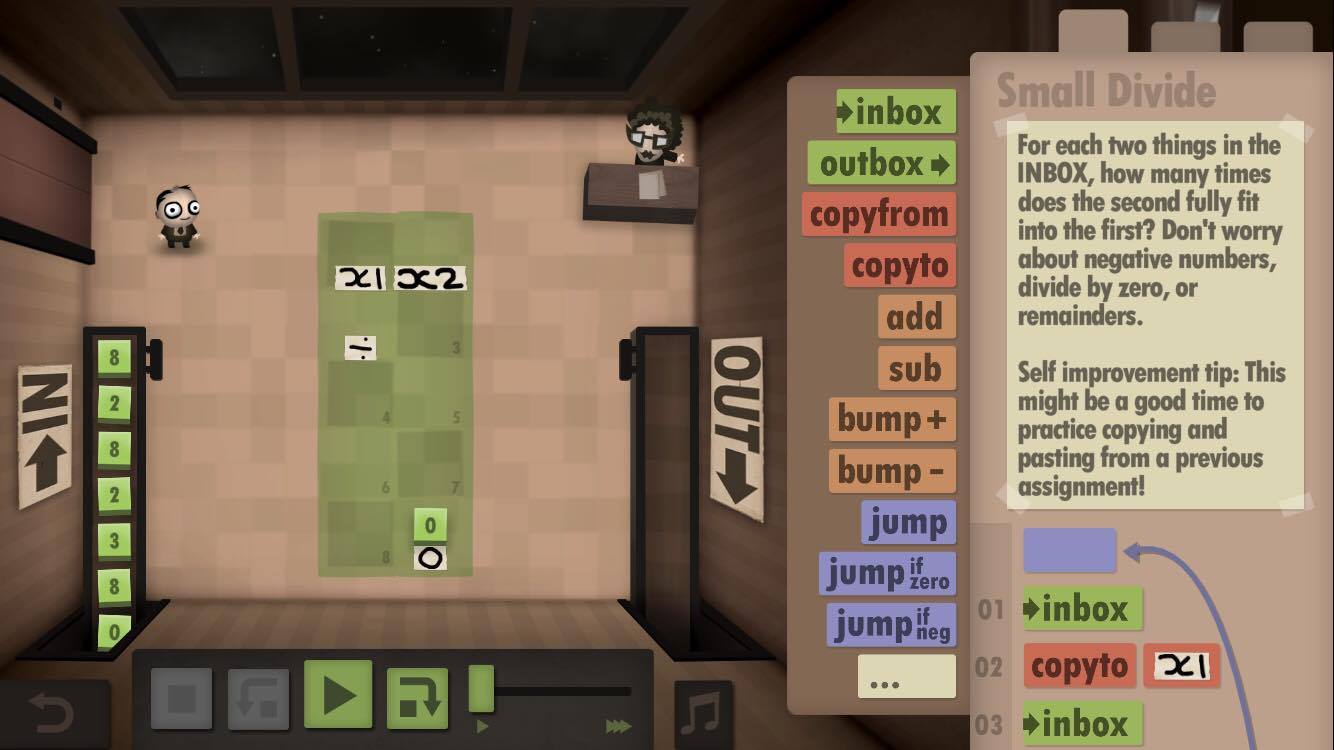 Similarly to games such as TIS-100P ($3.99), Human Resource Machine intends to introduce core principles of programming through the guise of a puzzle game and with the stellar presentation one would expect from Tomorrow Corporation of World of Goo ($4.99) fame. You control a nameless employee of an even more anonymous company and are tasked with running jobs primarily involving taking a set of data from the inbox, manipulating it in some way and processing it through the outbox. The tasks range from the basic – such as multiplying the first two numbers you receive through the conveyor belt together and sending the product off – to the ridiculously complex, for example finding the prime factors of a specific integer. With 41 levels of increasing difficult and varied challenges to accomplish, making your way up the corporation is a substantial task that will keep you busy for a while, and having optional objectives of speed and size of your code, there’s great scope to return to puzzles and refine your solutions to be as perfect as possible. 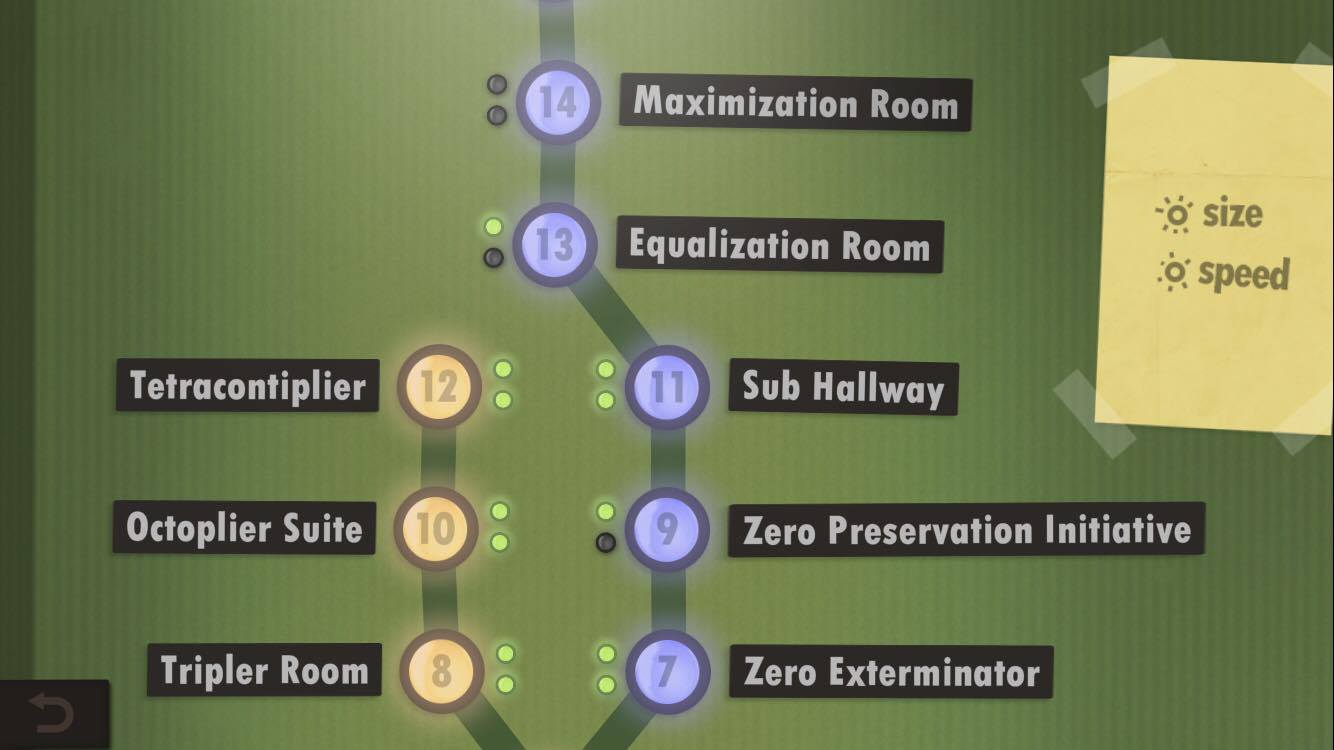 While this may sound daunting to anyone without any experience of coding, programming or some of the more complicated mathematical concepts, the way Human Resource Machine slowly introduces commands you can use to manipulate your avatar and new ideas such as zero terminated strings means it’s all manageable and not overwhelming. As well as simply being able to add and subtract numbers, you can bump them up or down by one, copy and paste them around and even have the ability to skip forwards or back through specific code if the number you’re currently holding is zero or a negative. Being someone who knew nothing whatsoever about coding or the principles of it, I found all the tasks taxing but solvable by approaching everything with a step by step perspective. Everything you add to the code on the right hand side of the screen is directly executed by your diligent worker and so the onus for success of failure is entirely on your methodology; with a little patience and a degree of trial and error most of the puzzles are decipherable. And when you finally succeed, it’s immensely satisfying – many times I had to close the game out of frustration, but while doing something entirely unrelated the solution came to me, and rushing to input it and seeing it executed to perfection is one of the most satisfying feelings I’ve had playing video games all year.

Of course, this basic premise of coding by puzzle app has been done before and isn’t particularly unique, however being a Tomorrow Corporation game the production values are through the roof. The graphics are reminiscent of the edgy cartoon style of World of Goo and Little Inferno ($4.99), and are both interesting and bleak enough to add a little life to a game predominantly about coding. The music of the game is particularly memorable – during puzzles different themes play, with the highlight being an ominous yet soothing and beautiful backing track towards the end which resonates with the setting and story of the game. The Animal Crossing-esque gibberish sound that comes from your bosses as they lecture you with a combination of helpful advice and socially inept musings was also a nice touch in a game that really focuses on the minor details to great effect. 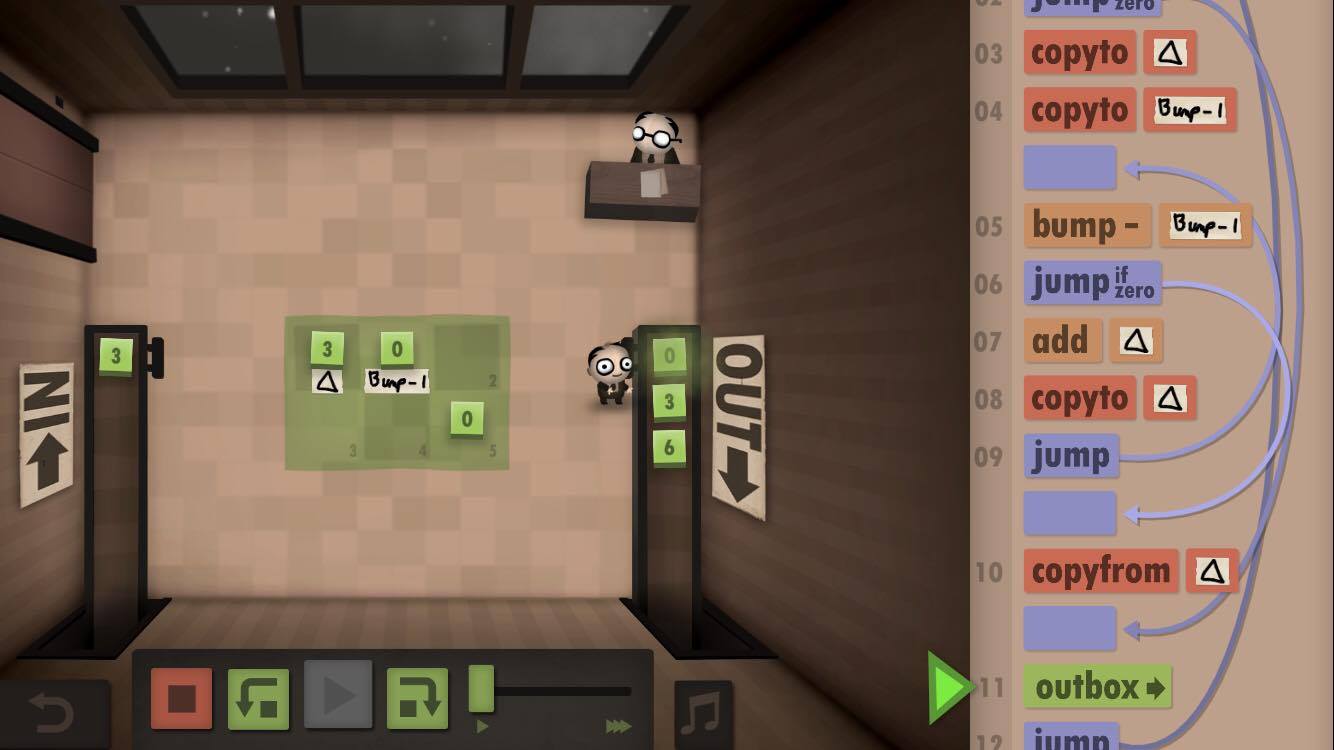 Beyond all else, the story and setting of Human Resource Machine really struck a chord with me. On the surface, the game presents a rather straightforward narrative detailing a goofy dystopian future where robots take over. This is amalgamated with cynical jokes on corporate rules and regulations, such as having one room where the zeroes are to be ignored, and then the next level implementing a rule where only zeroes must be sent to the outbox as ‘management values all numbers equally’ after apparently a number (no pun intended) of complaints. This is all rather humorous and inoffensive, and while adds a nice element of story to the game doesn’t bring that much to the table. The implicit ideas the game throws at you through the context are far more valuable. You spend the entirety of the game – and your avatar’s life – climbing a generic corporate building doing menial, repetitive tasks while your character actually aesthetically ages as you complete more levels. You can’t help but ask a number of questions – why is my character here? What is the purpose of completing all these tasks? Is it a metaphor for the routine repetitiveness of life? What if everything we do could eventually be coded and replaced by some sort of cold, metal, heartless human resource machine? 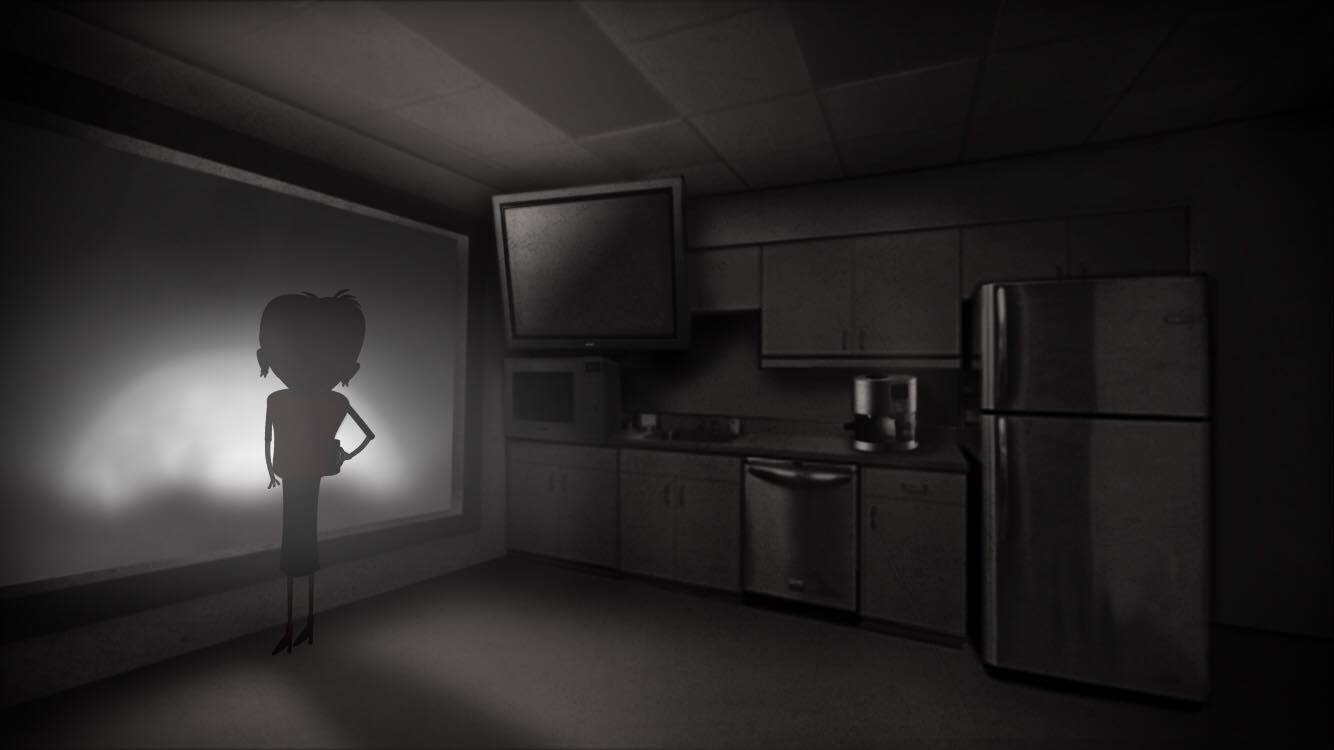 I may be looking too much into this game – if anything, the premise is just rather tongue in cheek and certainly not worth having an existential crisis over. However, that is in a nutshell why this game is so brilliant – it makes you think. Amidst the trend of instant gratification that the internet and gaming as a whole has perpetuated, having a game that both excels in its puzzles and also challenges your wider perception of it is commendable, and makes Human Resource Machine exponentially essential.