With the rapid-fire pace of the App Store, it’s really crazy when you realize something has been around for a year. Well, that’s the case with Mortal Kombat X (Free), which, sure enough, we reviewed over a year ago now with a guide posted not long after. If you haven’t tried the game yet, it’s basically one of those swipe-gesture based free to play fighters loaded with gacha mechanics, leveling dudes up, and collecting new ones. If you’re into the Mortal Kombat universe, it’s a bunch of fun. If you’re not, well, you can see the kind of stat inflation these games see as they continually add new and better characters like Kold War Scorpion here who has precisely 55,331 hit points- 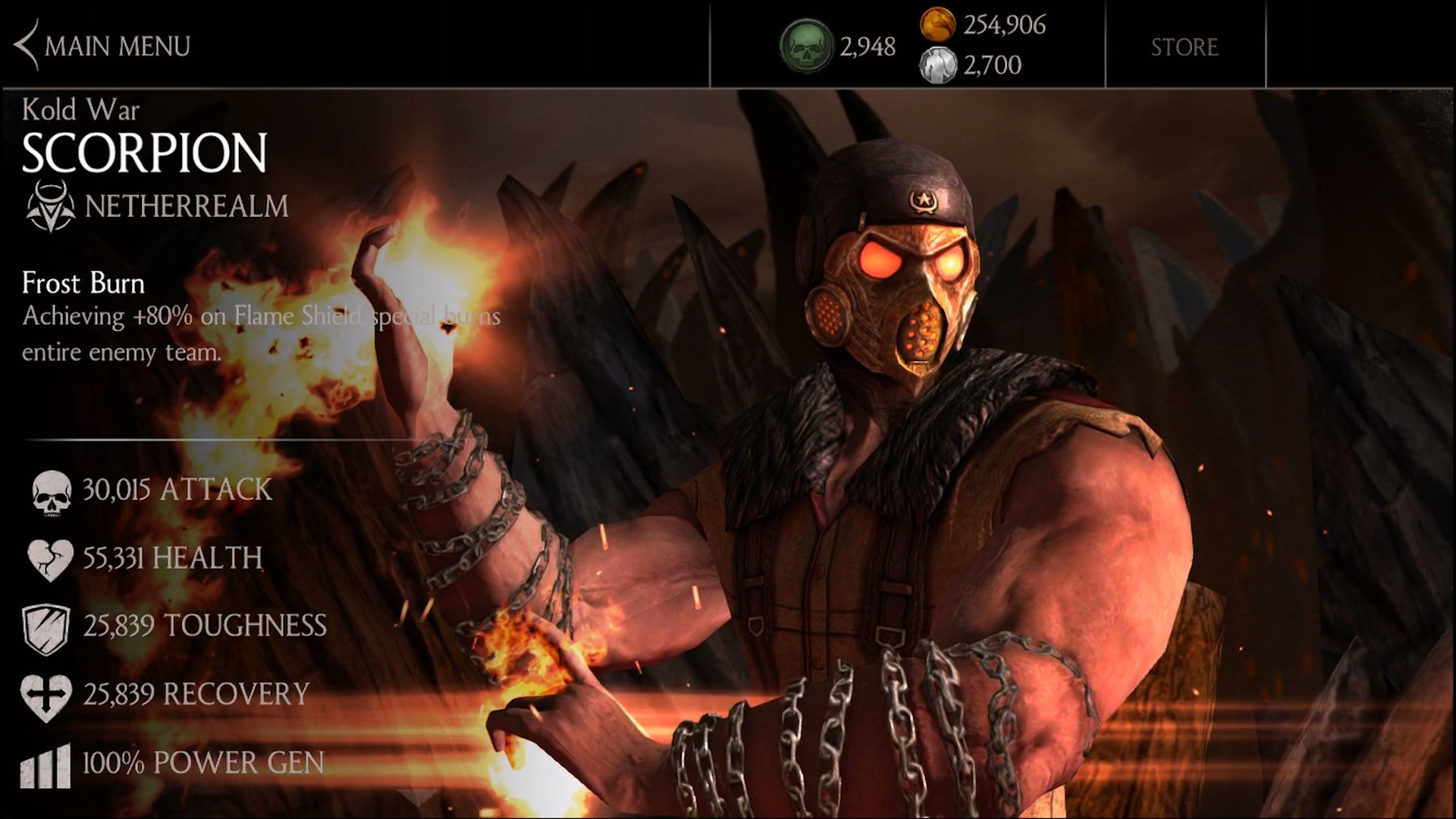 Apparently they’ve added a new type of currency to farm, new characters to unlock, exclusive gold characters and equipment, and an improved matchmaking system along with other performance improvements. If you haven’t played in a while, this might be a good time to revisit swiping your screen a bunch to fight.