I can’t decide if I’m happy or sad that we’ve gotten enough EXE-Create RPGs from Kemco this year that I’m getting a bit weary of them. The developer behind the Alphadia, Across Age, and Asdivine series, as well as numerous other one-off RPGs, EXE-Create generally creates the best games of any of the teams working for Kemco. They’re particularly good at writing interesting characters and entertaining dialogue, and I can’t honestly think of a single release from them that has let me down in that regard. The most common weak point of their RPGs is in how safe they tend to play things with gameplay mechanics. They seem to have really fallen into a rut of late, and it’s made all the more apparent when you play their releases nearly back-to-back. For good or for ill, Glorious Savior (Free) is another EXE-Create RPG through and through.

Our protagonist this time around is a fabulously-dressed noble named Rain, who is out searching for a special flower when he runs into a magical fairy in need of assistance. Specifically, the fairy wants to see an amazing weapon of some kind so they can return to their realm and bask in the prestige. Rain agrees to show the fairy the legendary Sword Of The Hero, which is kept at the castle where he hails from. Of course, the sword goes missing before the fairy gets a chance to check it out, and the king sends Rain to retrieve it. Along the way, he puts together a party of eligible young ladies who fit the usual types we see in EXE-Create’s games. There’s the “old" 28-year woman who comes on really strong, the somewhat mysterious, emotionally-flat girl, and the innocent maiden. Together, they seek the sword, and end up finding a whole lot more than they bargained for. 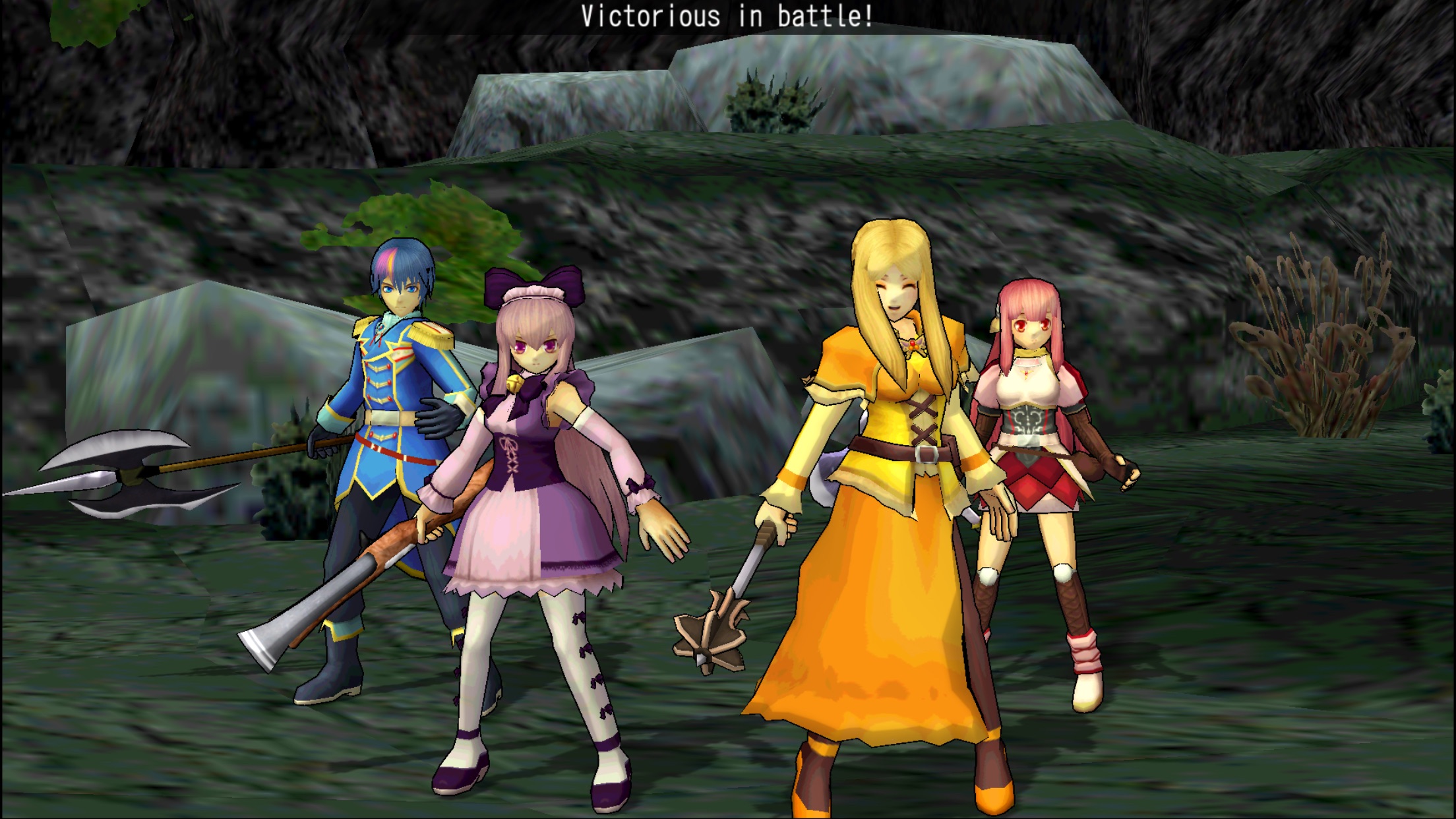 This somewhat tired premise is saved, as usual, by EXE-Create’s talent for writing humorous and interesting dialogue. Unfortunately, the good translator must have had the day off this time around, so the writing doesn’t come off as sharp as it could have. There is a lot of awkward phrasing, and if you’re hoping for the usual silly pop culture references the other translator sometimes sneaks in, you’re out of luck. That said, the odd English script occasionally helps certain situations feel funnier than they might have otherwise been. EXE-Create has a penchant for bizarre conversations and mangling the translation often helps them feel even stranger. It doesn’t do many favors for the more serious parts of the game, however. Rain comes off extremely unlikable at times, and everyone speaks a little too casually, even characters like the king. If you give it an hour or so to get going, you’ll probably be engaged enough to want to see it through, but the beginning is certainly rougher than usual.

In all other respects, Glorious Savior is extremely familiar and fine enough. The 3D character models have a black line around them now, giving them a cel-shaded look, but apart from that, the visuals and audio are business as usual, right down to the trademark EXE-Create buttrock guitar licks in the battle music. Skills are connected to whatever weapons you have equipped, with each character able to carry two at a time. Other than choosing your equipment, you have no other input on how each character develops. Instead, EXE-Create takes another crack at a weapon crafting system, similar to what we’ve seen in their other recent releases. You can enhance and deconstruct weapons using special materials, and if you know what you’re doing, you can create some pretty powerful ones. 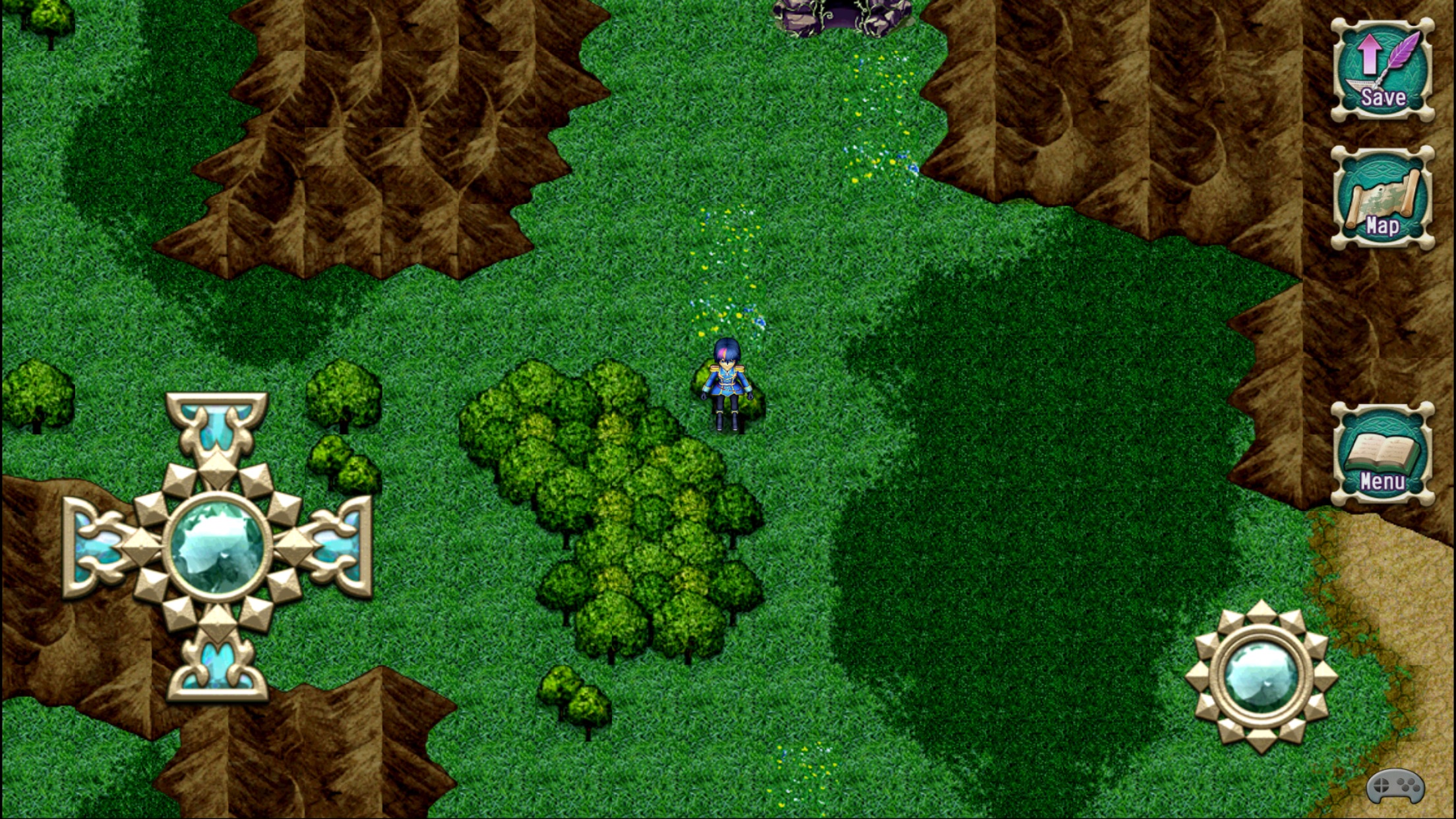 The UI has been changed a little this time around, allowing you to flick between regular and special attacks by swiping. It’s also quite easy to choose which of your two weapons you want to use to attack with. To tell the truth, I find this new swiping system to be a little more cumbersome than simply navigating through menus, but I appreciate that the developers are trying to make things more intuitive. You’ll be going into and out of menus an awful lot anyway, but such is the RPG life. The main quest is a little shorter than the average game from this developer, but there’s plenty of extra content to dig into if you want to get more out of it. EXE-Create has gotten pretty good at taking care of the post-game in their recent releases, and Glorious Savior reflects that.

Setting aside the general lack of innovation, my other issue with the game is in how limited your options are. There isn’t much satisfaction to be found in the party and character-building, and your characters have fewer choices in combat than usual. Combined with the rougher localization, this aspect makes Glorious Savior one of the weaker EXE-Create releases so far this year. If you’re just looking to scratch a JRPG itch, you could find worse ways to do it. It’s not like there are a plethora of decent single-player JRPGs being released on iOS these days. If you haven’t caught up on other recent releases from this developer, however, you’d be better off playing just about any of those. 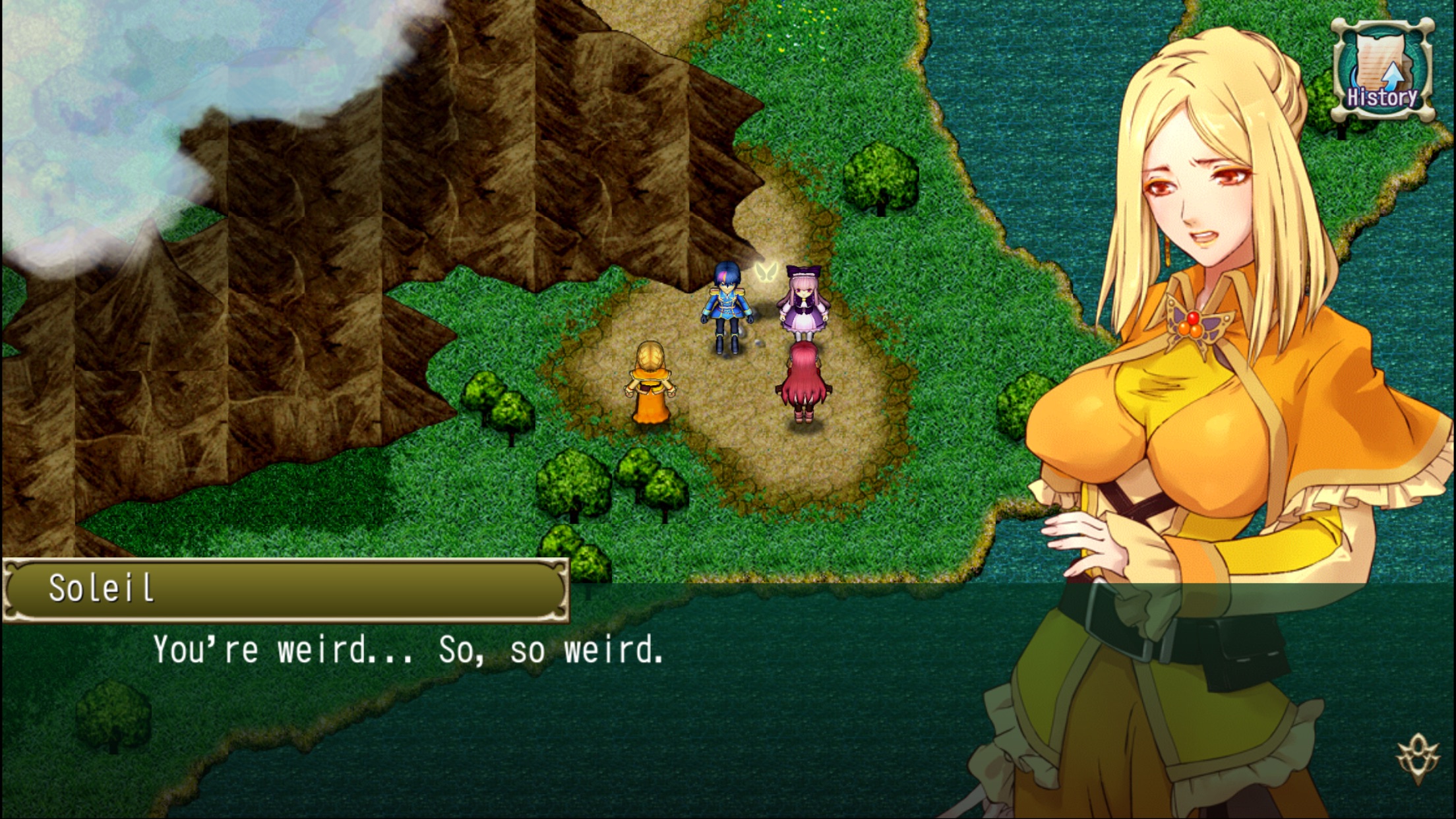 Again similar to the last few games, Glorious Savior comes in both free and paid versions. The two versions are identical except that the paid version doesn’t have any ads and gives you a chunk of the game’s premium currency to start off with. You can earn those points in-game by fighting battles, or you can buy them with IAPs. The points can be exchanged for a variety of cheat items like permanent stat increases or experience-point doublers. No story or gameplay content is locked behind those points, however, and the game’s balance is pretty fair even if you don’t touch any of them. As long as you don’t mind ads, the free version is perfectly playable without dropping any money.

If I don’t sound particularly excited by Glorious Savior, well, it’s because I’m not. It’s a serviceable RPG with a good sense of humor, contentedly treading water on the line of mediocrity. It’s probably a better game than more than half of Kemco’s releases, but it’s handily the weakest of EXE-Create’s line-up so far this year. You probably won’t have a bad time with it, as it doesn’t spectacularly drop the ball in any particular way, but it feels like the developer is settling into even more of a groove than usual. There’s only so long you can do that before it all starts to feel a little stale, even if you’re doing everything competently.