Yesterday we posted about Supercell’s latest statement on fair play, which seemed to be aimed squarely at giving people who have installed various hacks and cheats like Xmod one last warning before bringing out the ban hammer. As expected, basically every Clash of Clans (Free) has people coming out of the woodwork this morning to complain about being banned, largely (so far, anyway) for running Xmod. 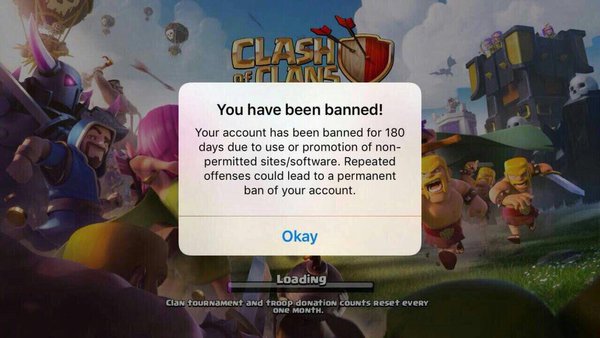 These sorts of things are always a bit of a cat and mouse game. Right now, Supercell has the upper hand with detecting the various Clash of Clans hacks and cheats, but if history has shown us anything it’s that hackers and cheaters will eventually figure out how to evade detection and the whole cycle repeats itself again. In other words,

So, yeah, great job Supercell, this is a big victory for legit players.