It’s a bit of an open secret that there’s absolutely no shortage of bots, hacks, mods, tweaks, and many other things that fall inside of those categories for Clash of Clans (Free) and Clash Royale (Free) and Supercell’s other games. The most popular ones that I have heard of do things like make you always active on Clash of Clans (so you only get attacked when your mandatory attack cool down occurs) which admittedly were a bigger deal before recent updates as well as the ability to “ghost attack" which amounts to continually re-trying an attack without that attack actually registering. I’ve read that quite a few top-tier clans do these kind of things to keep their win streaks rolling, as they can effectively brute force different attack strategies until they find one that works, then execute that strategy on the live servers. Oh, there’s also all kinds of shady ways to get gems. I’m sure there’s all sorts of other similar stuff out there like this, but, well, you get the gist. 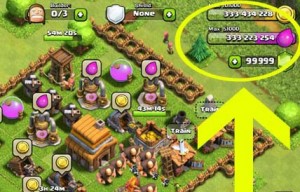 Today Supercell announced some new policies on safe and fair play. They’re really pretty obvious and shouldn’t surprise anyone, but basically if you’re using any kind of third party software, abusing the in-game economy in any way, getting gems in any way other than buying them directly inside the game, or buying/selling game accounts, you run the risk of having your account suspended or even permanently closed. They’ve offered a bit of a warning for players who are doing these kind of things to knock it off, and it wouldn’t surprise me if we see some massive ban wave in the not too distant future.

So, if you’re cheating in any Supercell games, knock it off if you value your account!