Looks like Supercell is well on their way to making Clash Royale (Free) the mega-hit it sure seemed like it would be from day one of the game’s soft launch. App analytics firm Newzoo has released their analysis of March in mobile gaming, and they estimate that Clash Royale has made $110 million before app stores’ cuts. Clash Royale is set to be the next billion-dollar mobile game. It likely won’t hit the number this year minus some major growth in the revenues it grosses. Also worth considering is that the game could start to decline at some point if Supercell fails to keep players satisfied long-term. Of course, considering they’ve done so well with making long-lasting hits, and this is their fourth top-grossing game, it’d be foolish to bet against Supercell. 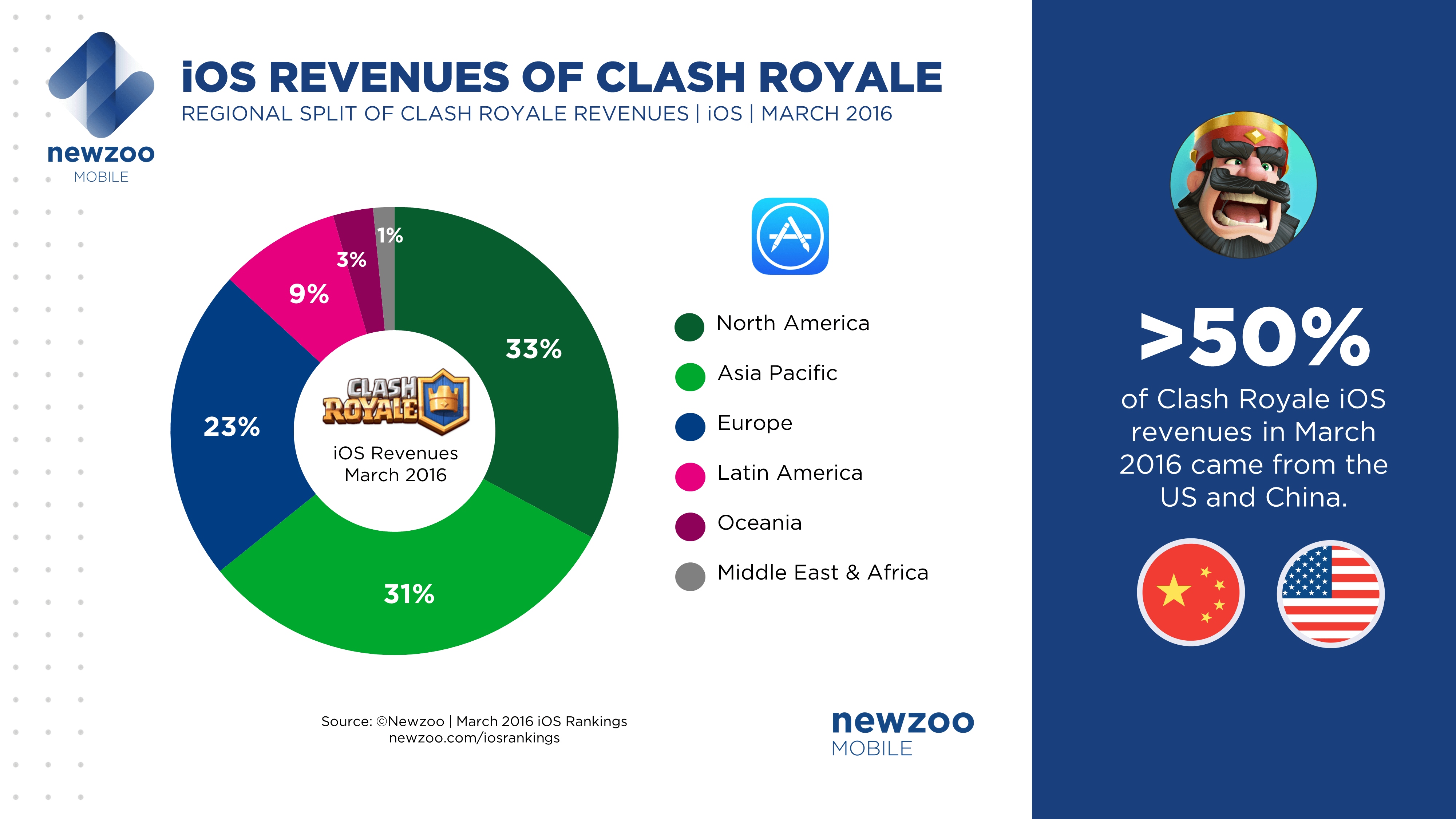 What’s also interesting is that Newzoo estimates that Supercell isn’t cannibalizing their own revenues – Clash of Clans (Free) saw only a minor decline in revenue, in the single-digit percentage. That’s a trade I’m sure Supercell is willing to make for a potential fourth smash hit. So yeah, expect a ton of Clash Royale clones set to hit in the coming months, for sure.