Earlier today at the Americas Winter Championship Blizzard took the wraps off of their latest Hearthstone (Free) expansion, which looks to take the game in a much different direction than the last few expansions both from a gameplay and thematic standpoint. Focusing on the old C’Thun, Y’Shaarj, Yogg-Saron, N’Zoth, from a thematic standpoint Whispers of the Old Gods decidedly takes a much more darker approach than the League of Explorers Adventure or its last expansion, The Grand Tournament. The backstory for the expansion has the old gods warping and twisting the inhabitants of Azeroth (which is typically the only way they can typically influence the world, if you follow Warcraft lore). 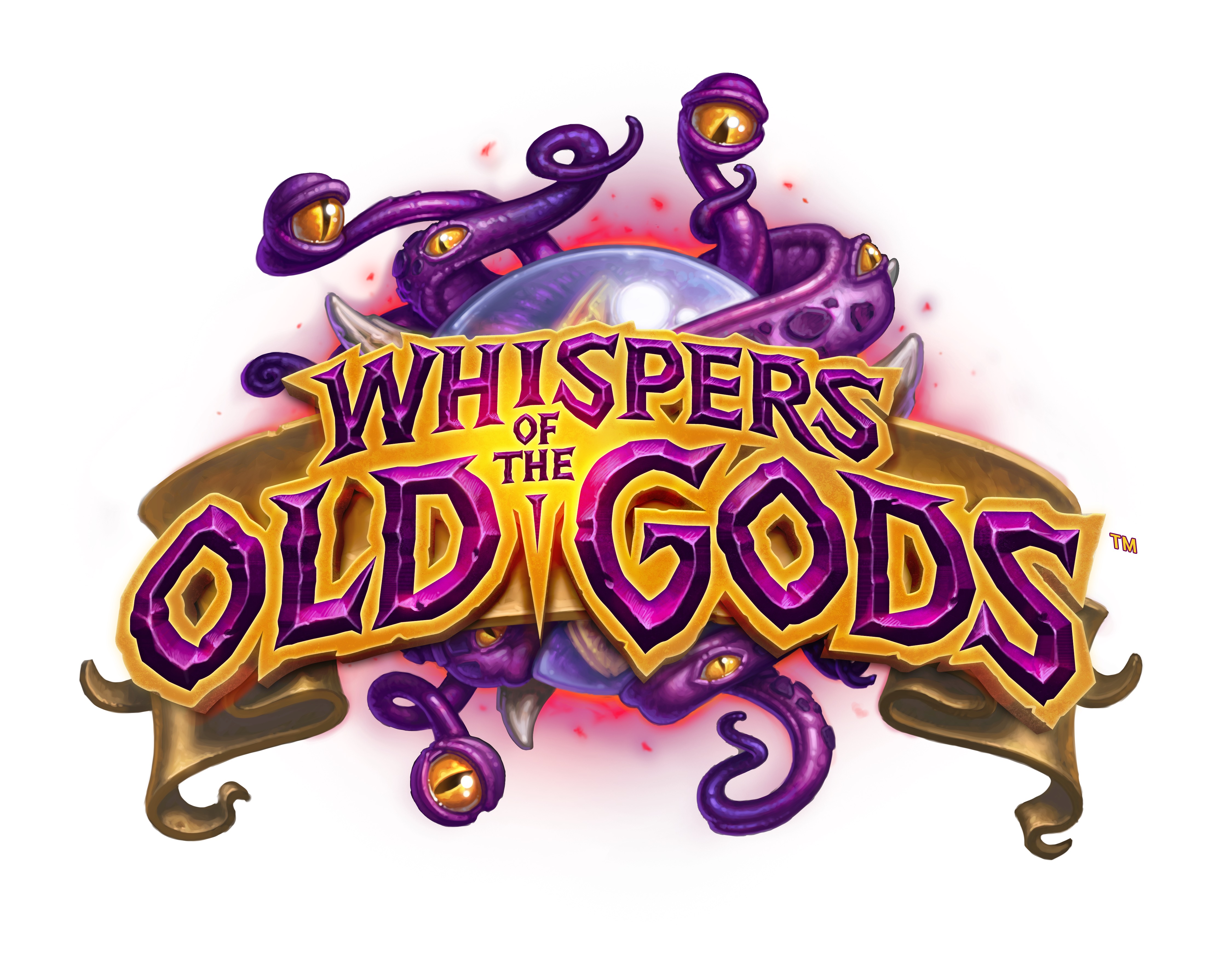 This Old Gods’ influence plays a key role in the 134 new cards that make its debut in Whispers. Players will see twisted versions of old cards that have now  been warped due to this unholy influence. This may manifest in some cards becoming exponentially powerful, while others end up with bizarro abilities that, while crazy at the onset, could work well in tandem with other synergistic cards. One example of the latter that was announced is the Corrupted Healbot, which is the twisted version of the Antique Healbot and actually restores 8 health to an enemy hero as a Deathrattle vice the original card’s Battlecry of Restoring 8 health to your own hero. Corrupted Healbot makes up for this strange Deathrattle with an double the health and damage.

An expansion with a name like Whispers of the Old Gods wouldn’t mean much if you didn’t get to actually play with the Gods themselves, and that’s exactly what Blizzard has in mind with Hearthstone players in this expansion. While details are forthcoming as far as card specifics for Y’Shaarj, Yogg-Saron, and N’Zoth, we do know how C’Thun will work. C’Thun has a synergistic relationship with cultists, of which there are approximately 16 different cards in the new expansion. When a cultist card is played, they will typically increase C’Thun’s power, regardless of whether or not C’Thun is in play. Thus, players using (or playing against) C’Thun need to constantly be aware of his presence as putting him down has the potential to significantly change the battle.

While details on Whispers of the Old God were announced to the public this morning, I had the opportunity to test drive some of the expansion’s card mechanics earlier this week at Blizzard headquarter’s in Irvine, CA. After playing a few games against other members of the press (which I went undefeated against, by the way), I came away impressed with C’Thun/cultist integration. Hearthstone has always strived to maintain a certain balance of strategy mixed with randomness and fun and I didn’t see any indicating any deviation from that philosophy. That was on clear display with some of the new cards, such as the aforementioned Corrupted Healbot. Obviously, I wasn’t able to test drive the full mechanics of the expansion, and the jury is still out as to whether C’Thun plus the totality of all the other Old Gods and the rest of the cards will make for a healthy meta game, but based on past experiences combined with what I’ve seen so far, I have little doubt that Hearthstone will continue to succeed.

Whispers of the Old Gods is slated for release in “Late Apri/Early May.” Meanwhile, players will be able to pre-purchase fifty packs next week and net a pretty awesome C’Thun card back in the process. Even if you don’t want to pre-purchase packs, Blizzard also announced that all players (that log in during a certain period) will get three free card packs and players opening their first card pack will get two bonus cards: C’Thun and one of the new special cultists cards: the Beckoner of Evil, which is a pretty awesome introduction to the new expansion for all players. We’ll certainly be keeping tabs on future card announcements closely so stick with us for more Hearthstone coverage.