Finally, we’ve seen white smoke! Well, sort of since we didn’t actually hear anything new about the upcoming Hearthstone (Free) expansion, but at least now we know that on March 11th, Blizzard will announce what’s next for the game we enjoy. More are expecting to hear about a pretty substantial expansion (over 200 cards) that, in combination with the shift to Standard, should shake the game up substantially. We don’t know any details yet, but there are growing rumors that the expansion will have something to do with the Old Gods. The could just be a rumor, but from what I’ve read so far, there are pretty convincing arguments for at least some cards related to that theme. If Blizzard does go with such a dark theme, it will be an interesting (and welcome) shift from the silliness of League of Explorers.

Other than these rumors, we don’t have any concrete info on what Blizzard will unveil on March 11. What most of us are hoping for is a LoE-like turnaround from announcement to release (less than a week in LoE‘s case), but even without that, we’ll be quite busy analyzing the spoiled cards so the wait shouldn’t be quite bad. So yes, finally some news, but this week had more than just the announcement of the announcement; we also had comments about Hearthstone‘s client, what the future might hold for Shaman, some very fun videos, and more. So, let’s dive in.

We’ll Know More About the Next Expansion March 11th

As I announced on Saturday, we got an announcement of the expansion announcement, which is about two announcements too many, but after waiting for so many weeks, it was still welcome news. Blizzard announced that on March 11th, 10am PST (which is when Americas Winter Championship will be taking place), Ben Brode and Yong Woo will let us know what’s coming next for Hearthstone. It’s fair to expect to hear more about the upcoming expansion and, perhaps, more about the upcoming nerfs to a number of basic and classic cards. I, and pretty much everyone else, hope that we’ll see the expansion hit soon after the announcement, but we’ll see how Blizzard plays this one. Go here to read the rest of the story including some guesses about the next expansion.

Will the Next Expansion be Whispers of Old Gods?

A few days ago, reddit users, going by some leaks and inferences, started talking about the possibility the next expansion will be Whispers of Old Gods. While many quickly jumped in to say that Blizzard won’t be going that way, the rumors refuse to die down. According to this story by HearthHead (and the video by Disguised Toast), the highlighted cards on the front page of the game’s webpage have changed, and the cards Blizzard has picked now seem to all tie into the Old Gods one way or another. While the evidence isn’t yet completely convincing, the video does make a pretty good case for the Old Gods. What do you think? Are you buying this argument?

HearthHead put together a community challenge last week that asked players to imagine how the Old Gods would look like if they were in Hearthstone. The competition resulted in some great ideas with animated Y’Shaarj looking particularly impressive, but you can also see Yogg Saron. If they do come to the game, I hope both the cards and the animation look out of this world (pun intended).

Unfortunately for all those who like their Murlocs, Old Murc-Eye will depart Standard for Wild along with all other current Rewards set cards, including Promo cards. When Standard format arrives, the Captain’s Parrot and Old-Murc Eye won’t be given for collecting their associated cards, but can instead be crafted. What this means is that the OTK Murloc deck has been dealt quite a serious (but not lethal) blow since when Anyfin Can Happen summons Old-Murc Eye, it can deal a lot of damage. Go here to read the whole story.

The Hearthstone Client is Unacceptable for Competitive Play

In this BlizzPro story, DannieRay23 talks about how the current state of the Hearthstone client is unacceptable for a game where a lot of money is at stake. First the writer talks about how Blizzard has been pretty hands-off when it comes to the evolution of the game into an e-sport, and that had the effect of having a competitive scene with quite a few problems. While Blizzard has made adjustments to its World Championship format that are a big improvement from last year, the actual client has been left behind. There are still Observer Mode bugs, and, even worse, there’s no integrated delay option, which means that tournament players can get unfair advantages if they have a way to get information about their opponents decks, something that has happened often enough. 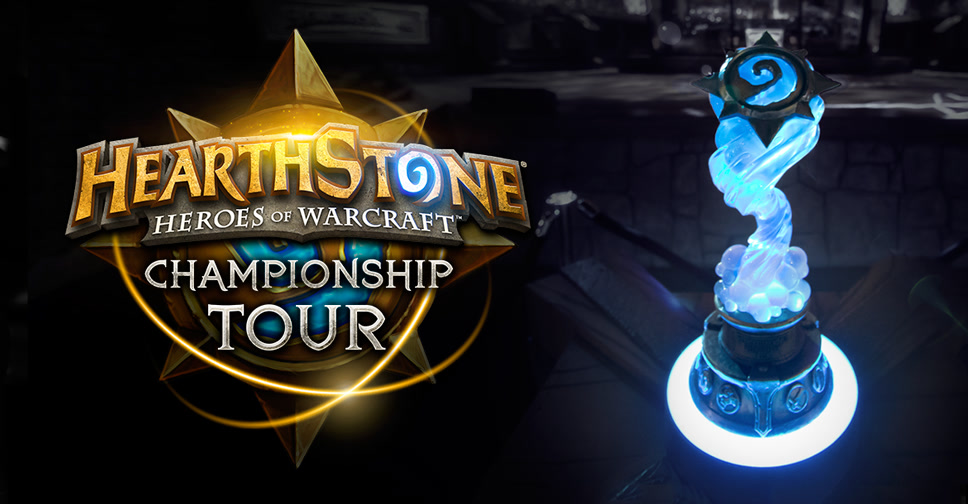 The other issue is that many Tournaments that have HCT points on the line employ competitive formats not supported by the client, which often allows players to bend the rules to their advantage. Blizzard needs to work into fixing the client by adding support for “best of X" formats, in-game Tournaments, optional delay, and more. Is there anything else you would want to see in the client? Go here to see the rest of the story.

Male and Female Heroes in Hearthstone

This story talks about what the female versions of the various heroes would be when going by Warcraft lore. For instance, the female Druid hero could be Celestine of the Harvest, a druid trainer. Fun intellectual exercise, and you can check it here.

This ESL Gaming story talks about what will be lost when Standard hits, focusing primarily on which beloved Mage decks will be forced out with the format shift. Mage is defined by its diversity of archetypes with Echo of Medivh, but many of those archetypes owe their viability to Naxx and GvG cards, especially to Echo of Medivh. According to the writer, creature duplication has become part of Jaina’s identity, so with the removal of GVG and Naxx, many of the Mage decks lose their win conditions. Unless good replacements for cards such as Duplicate and Echo of Medivh come in the next expansion, many of the Mage archetypes will be done. The writer points out how important meta diversity is for a healthy game and worries that with the upcoming shift, there won’t be enough viable archetypes for a fun meta. Go check out the whole story here. 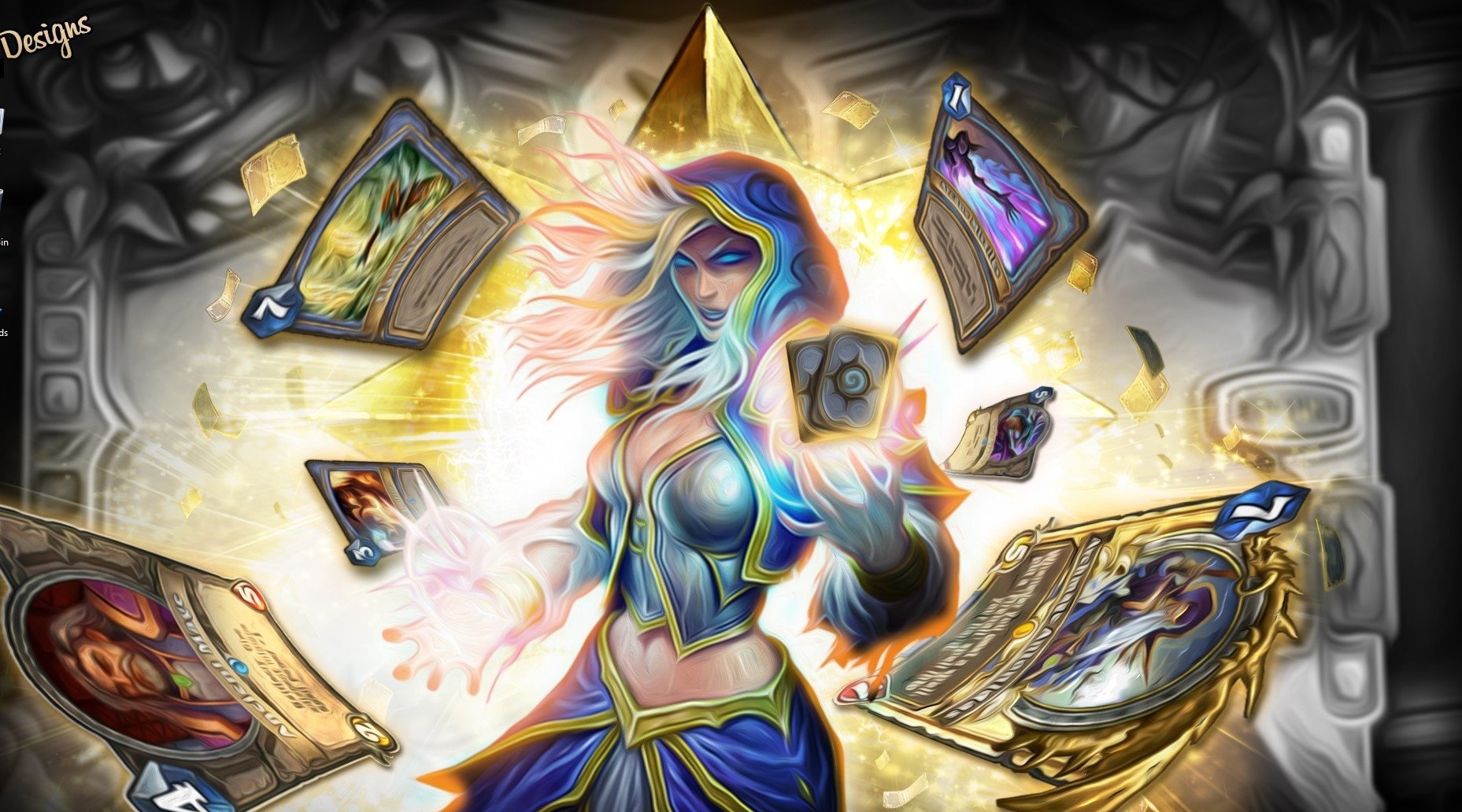 We haven’t heard much yet about how pro players see a post-Standard meta (especially because of the upcoming nerfs), but Impact believes that since Piloted Shredder will go the way of the Dodo, Feral Spirit can take back the board on Turn 3. Shaman will have a strong curve and will be able to follow up with Lightning Storm, Fire Elemental, Al’Akir the Windlord, and so on. What do you think? Is Shaman about to rise to the top, or will this be another one of those “we thought it would but didn’t" moments? Go here to hear the whole interview.

You might have heard that ex-World Champion Firebat left Team Archon recently, and just the other day Firebat announced that he’s joined Cloud 9 since he’s very good friends with some of Cloud9’s players (StrifeCro, Kolento, etc) and the organization is very strong. This addition makes Cloud9 very strong since any team would love to have StrifeCro, Kolento, and Firebat. We’ll see if this change helps Firebat rise once more to the heights of competitive play.

Spanish player AKAWonder has been at the brink of breaking through the pro scene for some time now, and finally he won his first major tournament trophy. Winning ESL Katowice has given him 15 HTC points and $5,000. After dealing with plenty of resistance in the playoffs, AKAWonder easily won the final against SilverName with 3-0. I expect we’ll see more of AKAWonder now that he’s finally got his first big tournament. If you want to watch any of the ESL Katowice matches, go here.

Let’s be honest; there’s not much point in talking extensively about the state of the meta since one, it’s going to change very very soon, and two, it’s been the same for weeks. Yes, Secret Paladin is still strong, Mid-Range Druid is still a great choice for ladder, and Zoolock is also doing a good job. Yes, some decks are slightly better than last week and some slightly worse, but overall we’ve had a stale meta almost since the release of the last Wing of League of Explorers. What surprised the writers of Tempo Storm’s Snapshot this week was the rise of Patron Warrior to Rank 2, surpassing Secret Paladin primarily because it’s been doing well in tournaments.

What you should keep in mind is that we are in the first weeks of a new season, and that means you’ll be seeing a lot of Aggro decks on ladder as players try to move up the ladder quickly. So, if you want to do well this week, be prepared for the Aggro onslaught in the lower ranks and for those same old strong decks in higher ranks. Hopefully we’ll get the expansion and then Standard soon so I can stop writing the same meta report week in week out.

Amaz – When the Card Picks You…

Kripp’s A History of Nerfs

Kripp’s Why Wild Will be Able